The “Easy as Pi” badge is a very interesting badge that often requires planning and careful watching of your daily score. As the game has grown and evolved, longer iterations of Pi have shown up as scores. So, we’ve decided to make some changes to the Pi badge. 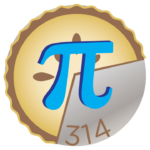 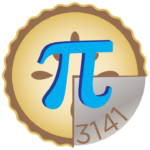 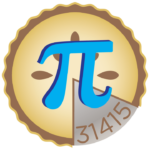 We hope you enjoy!

As Munzee has grown over the years, the game has evolved in so many more ways than any of the co-founders could have imagined. We’ve certainly had our fair share of growing pains, but in its essence Munzee has tried to stick to its core goal of getting people out into the world. No one knows this better than those players who have been with us since the beginning. This week’s Player of the Week is Nigel Fowler (Growlers).

Who are you?
Nigel Chas Fowler

Where in the world do you live?
I live in the South West of England in the town of Honiton which is in the County of Devon.

How long have you played Munzee?
I have been playing Munzee since 1st January 2012. I have capped and deployed most days since 2014. I think I have only missed about 5 days in the last two years.

How did you find Munzee?
I found Munzee through a friend that I have cached with.

What do you most enjoy about Munzee?
I like attending events when I can as well as the Clan Wars, although we don’t tend to go for too high of levels.

I would love to attend an event in America or another country.

Tell us about yourself:
I work for a company looking after building for a media company. I am a mobile engineer. I carry out repairs as and when needed and the maintenance of the mechanical equipment on various sites.

Other hobbies include:
My other hobby is photography. I have taken many pictures, ranging from time-lapse to macro to weddings.

Any last words?
I’m looking forward to seeing how the map will grow with new ideas of Munzee types, both virtual and physical. Thanks for having me as Player of the Week!

Growlers also included some socials, so cap away! 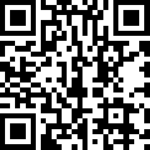 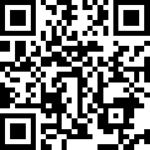 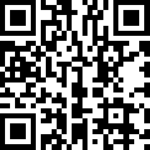 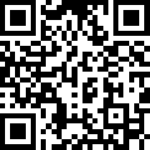 If you know of anyone who you believe is worthy of Player of the Week, email your suggestion to iloveyou@munzee.com!

Rob has decided to extend his Labor Day Weekend just a bit and is out of the office this week! Flat Rob is taking his place at his desk and coming back to the map!

From now (August 29th at 10:00 MHQ time) through Monday, September 5th at 23:59 MHQ time, Flat Robs will be on the map and available in the Munzee Online Store.

Have fun, and Munzee on!

The September clan requirements include a mixture of captures, deploys, and points. For this Clan War, all Clan Weapons and Zodiacs* are worth double points (for “Total Individual Points” and the “Total Clan Points”). This includes Capture, Deploy, and CapOn points.

*There are two Zodiacs that will be worth double points in regular gameplay because of their date range:

Therefore, these two will be worth 4x for Clan Wars during their ranges. For example, if you deploy a Virgo on September 13th, 40 points will be credited to “Total Individual Points” and “Total Clan Points”.

August has flown by, and we’re just over 2 months away from Lone Star Bash! The team is hard at work getting everything ready. All members of Team Munzee, including our remote/international employees, will be in attendance.

We can’t wait to see old friends an make new ones. We hope to see you there!

Back To School Special

Howdy everyone! Rob is reminiscing on his teacher days, and wants to recognize all the students, teachers, and families impacted by school. In some countries school is already started, in others students are currently on holiday but returning soon. In honor of school and the importance of education we will begin a “Back to School” Special.
It’s a special icon, a badge, and even a special sale!

Capture at least one “Back to School” special icon and you will earn this teacher approved badge for your collection! Maybe you can print it and hang it on the refrigerator!?!

During our “Back to School” special, we will be offering 16% off Virtual Amethyst Munzees in the Munzee Online Store. This sale will begin at 00:01 MHQ time tomorrow.

The resellers will also be having a sale. Buy 100 Minizees at regular price ($20), get 25 free!. Visit www.munzee.com/retail for a list of our approved Munzee resellers.

Just to keep everyone updated, Rob doesn’t exactly miss teaching and certainly doesn’t plan to return. He’s having too much fun growing the game, investing in the community, and growing the map! He’s looking for opportunities to get out in the community in the upcoming months, have you seen the calendar recently? How does it look in your community?

We mentioned in our last post regarding badges that more were on their way. Well now, they’re here! We’ve extended the Overall Leaderboard line and the Daily Leaderboard line! Now you have something new to aim for! 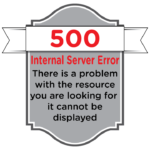 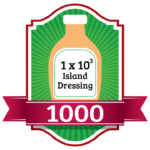 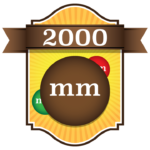 Winner or First Loser. Lucky or Unlucky. Daily Leaderboard badges are fun to attempt, and now, there are more. We’ve added Blackjack, The Meaning of Life, Halfway, and The Final Spot! THESE BADGES ARE NOT RETROACTIVE! 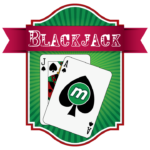 Blackjack – End the day as #21 on the Daily Leaderboard. 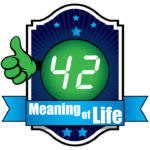 The Meaning of Life – End the day as #42 on the Daily Leaderboard. 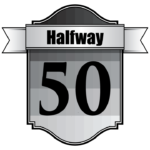 Halfway – End the day as #50 on the Daily Leaderboard. 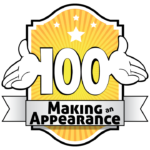 The Final Spot – End the day as #100 on the Daily Leaderboard.

These badges will be released TOMORROW, August 25th.

We hope you enjoy these new badges! We’ve got plenty more on the way!

We are constantly looking for and implementing new improvements and additions for the Munzee app. Our next release brings back a highly requested feature along with more additions to improve your experience while playing Munzee. These changes are:

This update will be released this week, so watch for App and Play Store updates! We will also be pushing out an announcement via the app when the new update is available. We hope you enjoy the new version!

As Munzee has grown over the years, the game has evolved in so many more ways than any of the co-founders could have imagined. We’ve certainly had our fair share of growing pains, but in its essence Munzee has tried to stick to its core goal of getting people out into the world. No one knows this better than those players who have been with us since the beginning. This week’s Player of the Week is Hazel Cutting (cuttingcrew).

Who are you?
My name is Hazel Cutting, but on Munzee, I am better known as cuttingcrew.

Where in the world do you live?
In the historic city of Norwich, Norfolk, UK. There are many pubs and churches (there used to be  a pub for everyday and a church for every week!), lots of shops, a Norman castle, 2 cathedrals and 2 Munzee clans in our area… plus a few of my virtual gardens 😀

How long have you played Munzee?
My first capture was on the 6th November 2014. It was Colegate (a place in the city … not the toothpaste!) by itsonlyme. I then went and followed the norfolktrails pink greenies at the time, by the end of the first day I had capped 87 points! Just under 2 years, but started my clan The Mighty Norwich City Clan in March 2015. I still take my daughter with me, and now, she is old enough to help me spot the munzees on our walks!

Through norfolktrails. I went to the library and saw them outside promoting their Munzee trail…… that day I was hooked! Instead of the 45 minutes walk of the trail I walked 2 hours finding local deploys. I even got the odd virtual too!

Finding new friends and people to meet! Meeting the president and Louise at our 4th Birthday event last year 😀 Also, the new game pieces to collect and deploy for others. Attending events and meeting other fellow inmates of the Munzee madness. Getting my entire family hooked on Munzee.. the latest being my niece! I love my rovers going on their long walks across the globe with other players – I have got them to level 11 so far. The seasonal specials, as I am writing this my husband has gone out to cap a present on one of mine near by.

What is on your wish list?
To win the lottery, then travel around the world capping and deploying  – especially all the emerald pin gardens. Visiting the MHQ store and spending…. quite a bit! Mostly to attend more events around the UK and eventually more abroad too!

I also would love a 10 ft Lego statue of a red dragon…. just because dragons are awesome!

I wish there was another mythical nomad  –  a Phoenix, that like the Dragon Munzee is attracted to the Fire Mysteries or greenies.

I grew up on an Island in Essex, no palm trees, just sand, sea, shells and typical British wet weather. I moved up to Norfolk after meeting husband at an International Scout and guide camp. I used to do a lot of Guiding  – from Rainbows to Senior section as well as music qualifications.

I am a nursery nurse (working with children) and a part time steward at events in the city.

I am an avid Terry Pratchett fan as well as the good old classics like  Lord of The Rings, The Hitch Hikers Guide to the Galaxy …. my house has many bookcases bursting at the seams!

I love arts and crafts – I can often be seen knitting or sewing. I love up cycling scraps and turning them into something beautiful.

I love going out and exploring the city and other parts of the world. The furthest I have ever been is Venice or Detroit. I recently went to London again.

Other hobbies include:
I love playing and listening to music – clarinet and saxophone (grade 7 and 6 for these!) . I have recently spent every spare moment knitting my daughter a single bed size blanket  – I have 2 months to go before her birthday to sew the squares together and sew on the decorations. As a family we often go to museums, parks, city events, steam railways, and once we have been to the sea where I grew up near by!

I love learning new things and cant sit still and do nothing.

Any last words?
Laugh and dance in the rain – its the only way to Munzee in the UK

cuttingcrew also included some socials, so cap away! 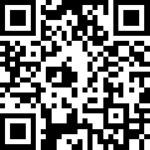 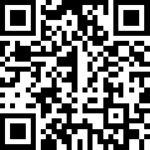 One of the most notably absent products in the Munzee Online Store has been merchandise that can often be found at MHQ or the Munzee Marketplaces. New apparel, such as the Lepricorn and Dragon shirts, have been added over time, but the apparel available online had never been fully encompassing. Now, we’ve taken steps to change that.

Now in the online store are Munzee hats, beanies, and socks (because who doesn’t love a good Unicorn sock, right?). We will be updating the store with new items and designs weekly so that you can show off your Munzee love in different ways!