A ZOMBIE OUTBREAK HAS TAKEN OVER MUNZEE!

It appears Zombies have been attacking Greenies across the world! It all began at 00:01 when Patient Zero attacked Kardinya Primary in the most remote capitol city in the world, Perth Australia. McChickenNugget spread the virus to Melbourne Australia and then it was transmitted across the world, landing just half a mile from MHQ. Rob unknowingly infected the Munzee servers and it seems to be growing rapidly. 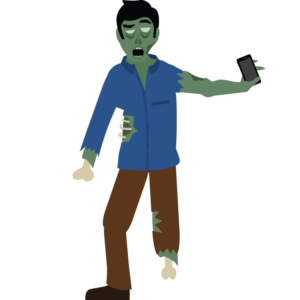 We don’t know what caused this infection, but here are the details we’ve been able to gather:

Zombie Emergency Engagement (Z.E.E.) officials have announced an all out Zombie attack on October 31 at 23:59 MHQ. This will wipe out the remaining walkers, but we all have to survive until then.

Zombies crawl to Greenies every 9 hours or when captured. According to research on the Zombies’ genetic code, an average of 19 new Zombies are created every 6 hours. This growth rate is manageable, but we’ll need your help taking down any Zombie you see.

To reward your bravery you’ll earn 68 points for every Zombie you capture. Hosts brave enough to attract a Zombie will earn 19 points for CapOns. Zombies will be attracted to physical Munzee Magnets if you’re crazy enough to use them. Remember you can purchase up to 10 Magnets every 10 days.

As a commendation of your survival skills there are two badge ranks you can earn by capturing Zombies: Zombie Survivor and Zombie Hunter. 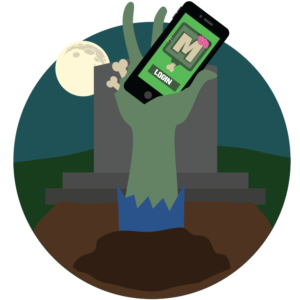 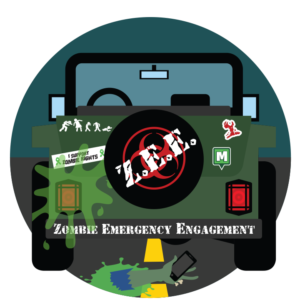 Z.E.E. officials have not revealed how many Zombies you must capture in order to earn these badges, but survival knows no limits.

We know it’s a lot to ask, but you must help Z.E.E. keep these Zombies at bay until they’re wiped out completely. We believe in you and good luck scouring the map.