Can you feel change in the air? We’re proud to announce the creation of the Air Mystery Munzee!

These scattered feathers will not land on other munzees but instead will be newly deployed munzees that will be archived after capture or time has expired.

Air Mystery Munzees are being released exclusively to Virtual MunzPak subscribers until they go on sale next month. Be one of the first to deploy an Air Mystery Munzee and sign up for MunzPak HERE.

Proximity: 300ft from any other Air Mystery; 150ft from your other munzees; 50ft from other people’s munzees

We’re also excited to announce that this month’s physical MunzPak subscribers will receive the all new Zodiac Munzee credit. This credit item works just like the regular Zodiacs, but instead of choosing which month you want to deploy the credit will automatically deploy as the current month. This means it will be worth double points as soon as you deploy it! 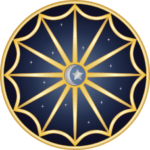 Thanks so much to all of our players for helping make our 6th Birthday a truly spectacular one! Munzee on!