An Update Regarding MEGA Blasts

Ever since we introduced the Mini and MEGA Blast Captures via the In-App Store, we’ve been monitoring their processing times and also how they affect the overall app’s performance. Over the years we’ve made various code changes in the hopes of improving things, but after our recent tests, we’ve decided it’s time to retire the MEGA Blast. 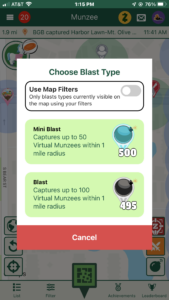 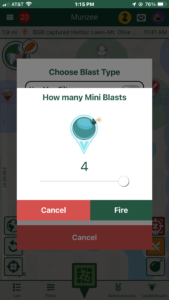 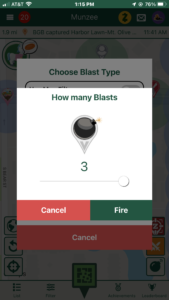 Another change shown in the screenshots above is that we’ll also lower the max number of Mini Blasts and regular Blasts you can fire at once. You will only be able to fire 4 Mini Blasts or 3 regular Blasts at a time (200 – 300 virtual munzee captures). We’re making this change for the same reason as removing the MEGA Blast — to improve the app’s performance and reduce processing times.

While we understand that the convenience of setting off a larger number of Blast Captures will be missed, we believe that this change will provide a better experience in the long run — instead of wondering when your blasts will complete, they should finish within just a few minutes once this update is out. In addition, you’ll be able to set off more blasts much sooner, which is especially good if you have to move to another location. No more feeling like your phone is locked up by in-process blasts!