This month was one for fans of furry and feathered friends. We kicked things off with a wild and wacky Flamingo-filled April Fool’s Day celebration! The next week, we stretched the meaning of the word “pet” with new Pet Rock specials to collect. A cute new Duck Evolution also made its debut, as it’s been a while since the last one (the Bee) was released.

The week after that, we released Mari’s Flat Object, the Flat Cats — we didn’t want Flat Murray to be lonely as the only Flat Pet! We also had a ZEE-Dayz for QRew and ZeeQRew members (not very animal-themed, but didn’t want to leave it out!).

Lastly, earlier this week, we put out some new specials to chase — the Animal QRackers. But we aren’t done with all the animal-themed fun we’ve planned for the month — keep an eye out for more releases as we head into May!

We are now happy to announce the winners of the April Gardens of the Month (GOTM)! The badges will be awarded by early May, but we couldn’t wait to share the winners we’ve chosen!

With the release of the Flat Cats, we couldn’t resist choosing the winners below! They’re just the right colors too — one black and one orange! Remember that all winning GOTM organizers and all players who deployed in the winning gardens will be awarded special badges for their contribution to growing the map. This month we’re happy to award the Egyptian Cat garden, designed by BonnieB1 for denali0407, and the Aphrodite’s Cat garden, designed by purplecourgette, as our winning April GOTM! The gardens appear as follows:

Egyptian Cat by BonnieB1 for denali0407 in Weatherford, TX 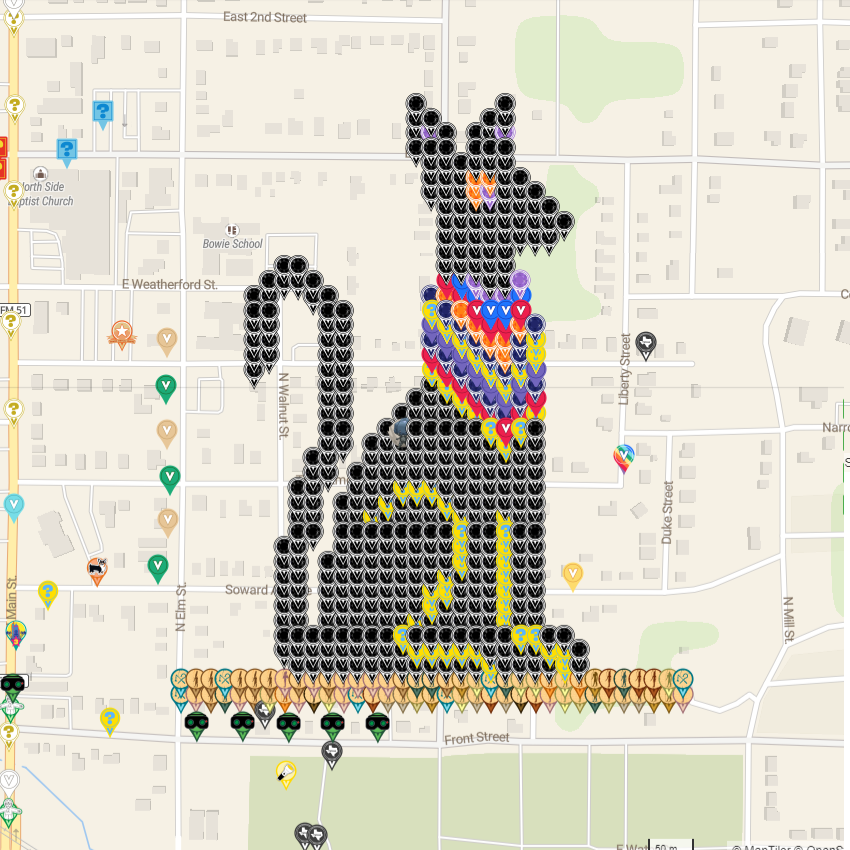 This cat looks quite regal with its decorative jewel-studded collar!

A unique design to highlight the year of Egyptian Zodiacs and includes all 12 zodiacs. Finished early in December 2021 when the last Zodiac was released in Munzpaks! Adapted specifically for the town of Weatherford, Texas for a longtime player and my Munzee mentor and friend denali0407! Now there are two jewels in Weatherford!

This striking design definitely caught our eye last year — we were just waiting for the perfect occasion to put it into the spotlight! It’s a must-visit for fans of the Egyptian Zodiacs, and if you’re missing any badges you’ll be sure to fill in any gaps as you cap! 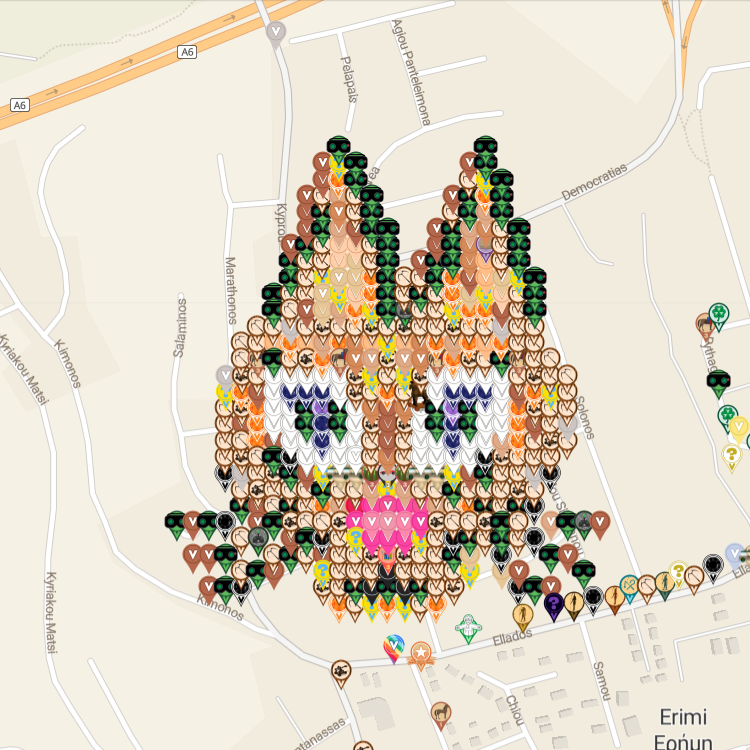 This cat’s fur is a unique patchwork of Clan Weapons, Jewels, Electric Mysteries, and of course, Virtual Colors. Night Vision Goggles were used for the darker details!

This garden was set-up for a player based in Cyprus. There are more cats in Cyprus than human beings! They are all over the place and it is attributed to the fact that domestication of cats first started, in all probability, in Cyprus. The Goddess Aphrodite was born in Cyprus… maybe she had a cat!? [;)]

We really appreciate purplecourgette’s note, as it was quite intriguing! First, because we don’t often hear of players based in Cyprus — definitely curious to find out more about the map there, and if there are ways we can help grow the community — and second, the fun facts about cats and Aphrodite! We definitely think she would enjoy the company of cats! 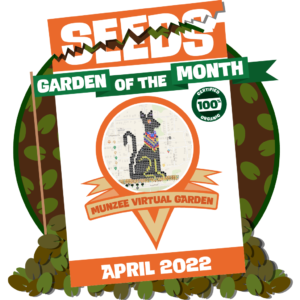 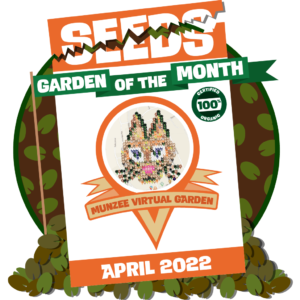 These Animal QRackers are Too Sweet for Soup!
An Earth Day ZEE-Dayz!