Phew, is it that time of the month already? It feels like our Player AppreZEEation Month just started!

We began the month with our Melon flashMOB! Later in the week we had our Drink and Disc Golf ZEE-Dayz which gave you another chance at the special Flat Disc Golf Basket scatter badges, along with double points! At the end of the week, we asked you what you’d like to see for Player AppreZEEation month, which gave us some good projects to work on!

The next week  we released our ongoing Soap Box Derby specials, which we hope everyone is enjoying! The day after that, we had our Reduced Cog Cost ZEE-Dayz, which allowed players to build Mechz at half the cost in the Redeem Store.

Just last week, we kicked off our second annual RUM ZEE-Dayz, to share the love with our Authorized Resellers! A few days later, we had major outages with app which we’re sure you noticed — our team worked tirelessly to figure out what the issue was (turned out to be related to AWS) and get it resolved. In the meantime, Rob and Lou bravely pushed through with the Player AppreZEEation Award Ceremony to give players something to enjoy while the app was down. Lastly, we released some new Limited Edition Greeting Cards perfect for teachers and students heading back to school!

We are now happy to announce the winners of the August Gardens of the Month (GOTM)! The badges will be awarded by early September, but we couldn’t wait to share the winners we’ve chosen!

In keeping with our theme of Player AppreZEEation, we’ve chosen gardens that kept the party going! Remember that all winning GOTM organizers and all players who deployed in the winning gardens will be awarded special badges for their contribution to growing the map. This month we’re happy to award the Downham Cheshire Cat garden, designed by poshrule, and the Sprinkle Cupcake Garden, designed by CoalCracker7, as our winning August GOTM! The gardens appear as follows: 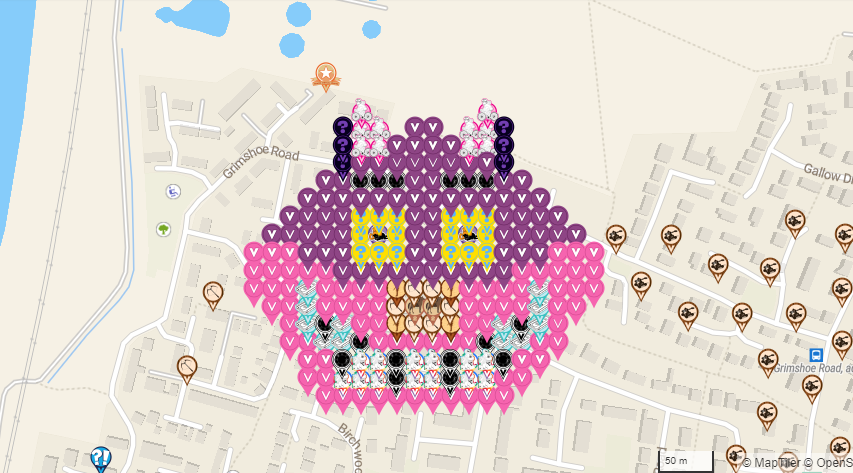 We also like the detail of Electric Mysteries for the cat’s glowing eyes!

The cat’s smile is on the flat layer, and the face on the main virtual layer, so in the true spirit of Lewis Carroll’s Alice in Wonderland, if one turns off the virtual layer, you are just left with the cat’s enduring smile……..! Brilliant!

As the nominator pointed out, this choice of munzee types is quite clever and so fitting for the character! We used the mobile app to take another screenshot here, so you can see what it looks like with just the Flats: 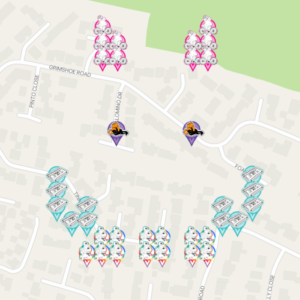 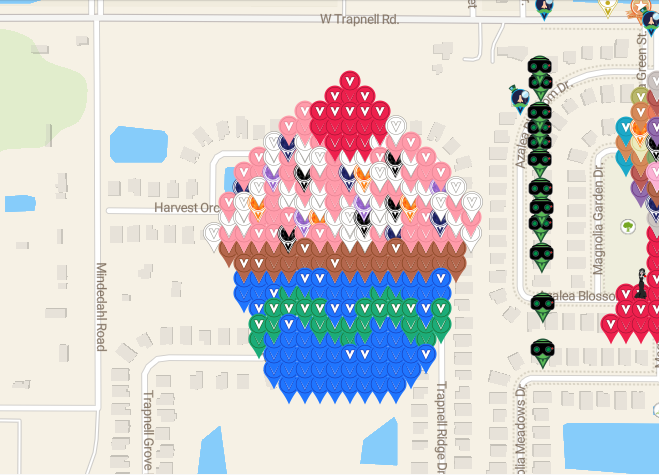 We love the contrast created by the warm berry tones of the cupcake against the bright blue and green cupcake liner!

We are hosting an event on 5 February, Sugar and Sweet, along with the Gumball Machine event just a week before Valentine’s Day. The theme for the Sugar and Sweet is a cupcake, so we did a sprinkle cupcake with white and pink frosting and jewel sprinkles along with a cherry on top!

CoalCracker7 does it again! Last month we chose her popular Corgi garden, and until writing this blog did not realize it’s been back-to-back wins! Kudos to her and her fellow hosts for coming up with fun themes for their events, and of course to CoalCracker7 for her wonderful garden designs that match those themes! We’re sure this event was a sweet success! 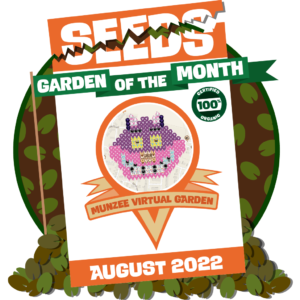 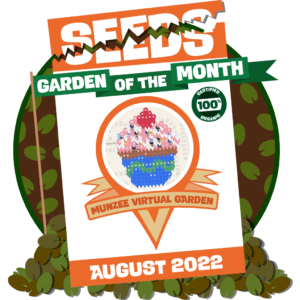