Earlier this week we announced that weekly prizes would be awarded based on points within the week. We thought this would help motivate players on all 4 teams, as every team will be starting from scratch each week and have the same opportunity to earn the weekly prize!

However, keep in mind that the grand prize at the end of the competition will take the entire competition period into account, so keep giving your all until the end — you never know if another team will launch a surprise attack! If you need a refresher on the rules, check our original post HERE! And remember rewards are only given to active campers each week, so keep playing even if you don’t see balloons or flags!

Now that we’ve got all of that out the way, it’s time to announce the results for the past week! Congratulations to Camp FrEEZ for starting the competition off strong!!! 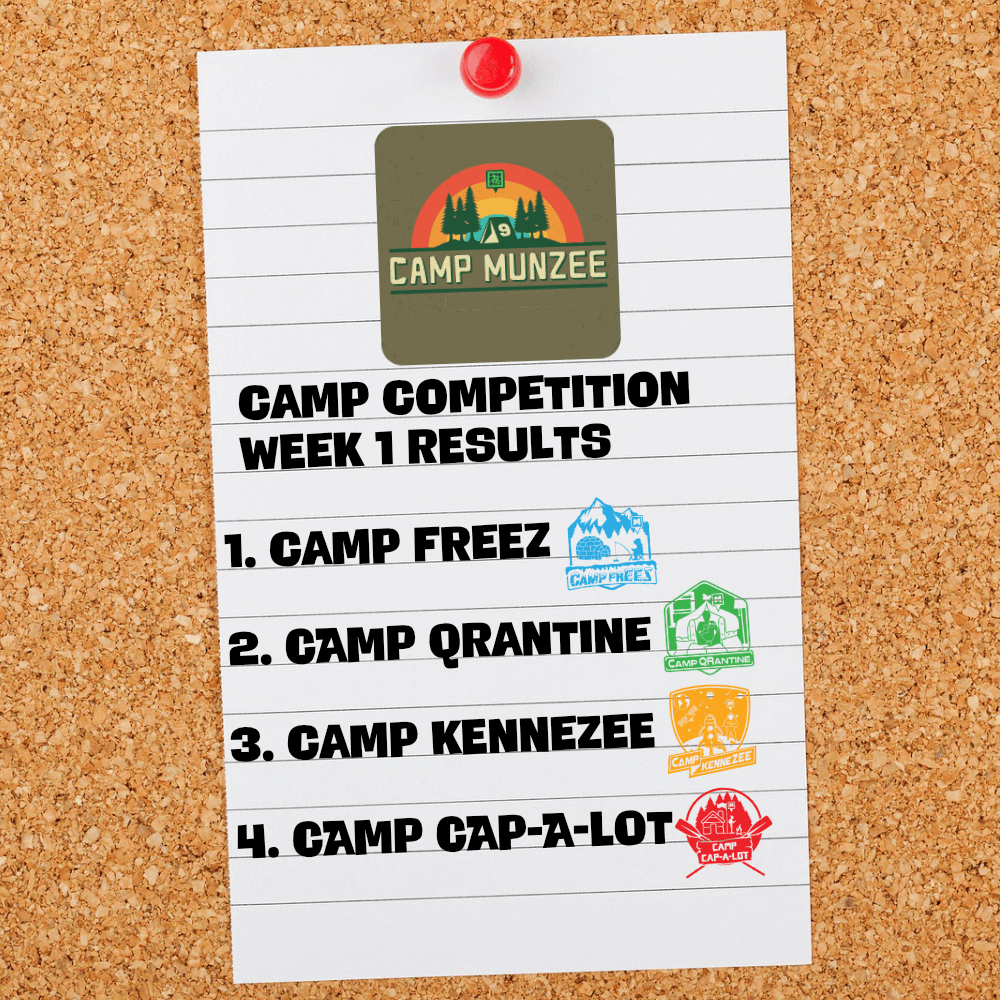 As for the other Camps, don’t feel discouraged — this is the start of a new week after all! You can give Camp FrEEZ a run for its money as the weekly prizes do not directly give them an advantage in the competition — though they are certainly very nice in regular Munzee gameplay!

Camp Munzee Celebration Sale!
Light Up The Room With These 20/20 Vision Munzees!