CO4L Credits Burning a Hole in Your Pocket?

In our first CO4L Credits post, we mentioned that another tab in the Redeem Store would appear later on. As planned, this tab contains items that will remain available through 02:30 MHQ on Monday, January 3rd (the expiration date we had set for CO4L Credits) — so you don’t need to worry about them going away like the items in the [Christmas (Week X)] tab! Currently there’s only one item in there right now, so here’s everything you need to know!

Like the other Munzee Mechz, the LOC04LMOTIVE is a temporary POB that will remain on the map until it has been captured 5 times. In addition, as a Christmas Combat Mech, upon capture you have the chance to earn 1 – 3 CO4L Credits. At 12:00 MHQ today, it was made available in the Redeem Store in the [Christmas Surprises] tab for 25 CC. If you decide to make the trade, a LOC04LMOTIVE will be automatically deployed on your account at once! You will also receive the Blueprint to rebuild it when you have earned enough Cogs in the future. 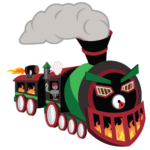 You can find these hot wheels blazing to the following landing pads every 6 hours or when captured:

Deploying a LOC04LMOTIVE will earn you the corresponding Blueprint badge, which you can see below.

As promised, we have a line of capture badges that you can earn for LOC04LMOTIVE, TR33 TOPP3R, and N1NJ4 ST4R captures! It’s possible that this line may include other types we release in the future. You can see the first badge in this line below as well! 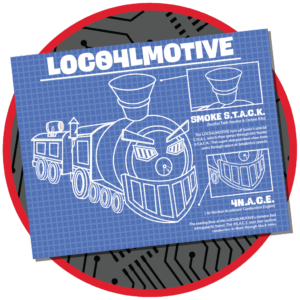 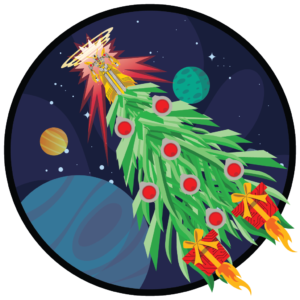 We hope you are full steam ahead on collecting CO4L!