October’s Candy Corn Credits were a hit, so after reviewing the activity on them and making some improvements (we hope 🤞) we’ve created a new limited-time credit for you to earn and redeem!

Like Jewel Shards, Weapon Shards, and Cogs, you’ll be able to redeem CO4L Credits (CC) at the Redeem Store for game pieces. However, similar to Candy Corn Credits, they can only be redeemed until 02:30 MHQ on Monday, January 3rd (when January Clan Wars starts). 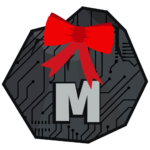 How to Earn CO4L Credits

You can earn them the following ways:

Goodies You Can Get With CO4L Credits

As usual, the most up-to-date list of what’s available will be what you see on munzee.com/redeem. Unlike the tabs for Candy Corn Credits, this time you’ll only be able to redeem items in the “Week 1” tab during Week 1, after which, only the “Week 2” tab will be visible until Week 3, and so on. So make sure to spend your credits each week!

The rewards/rates may change from time to time, but to start off with, this is what we have planned:

However, you may see another tab appear later on, which will contain items that will remain available through the end of the month — this should appeal to those who are saving up their CO4L!

Lastly, those on Sir Prize Santa‘s lists will also have an exclusive tab in the Redeem Store to give them even more options! 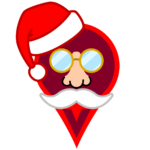 We hope you look forward to seeing some CO4L in your stocking!