Last month, we announced the debut of the Trojan Unicorn and teased a new related badge line. The first Trojan Unicorns will be deployed soon (as long as players who’ve reached Level 3 collect their rewards!), so you’ll have a chance at earning these shiny new badges! Deploying a Trojan Unicorn will earn you the following badge: 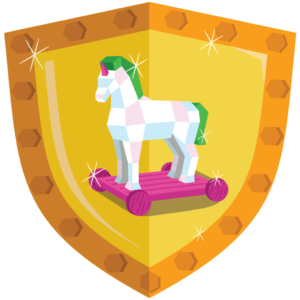 To go along with this deploy badge, there are 6 capture badges to earn with an action-figure theme. These badges are for Trojan Unicorn captures, so be sure to track one down whenever it’s nearby! Think you can collect the whole set of CLAN WARS action figures? We won’t spoil all of the action figures, but you can check out the first badge in the line below: 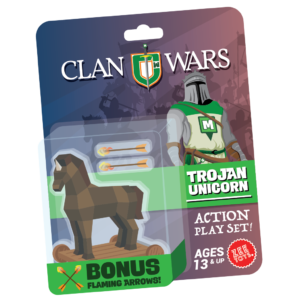 Lastly, there are also 3 badges to reward you for surviving burns from Flaming Arrow scatters! As there are only a few of these to collect, we’ll just show you the null image: 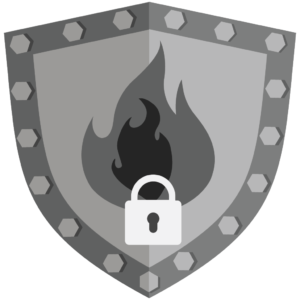 This brings the total number of Trojan Unicorn badges available to a nice, round 10! We hope you enjoy collecting the set!

Happy hunting, and Munzee on!

Everything is Crystal Clear With These 20/20 Vision Munzees!
Join us as we celebrate our favorite cyclist with double points!