Last month we were happy to announce our first ever Garden(s) of the Month winners. We also had the pleasure of recognizing an additional 35 players as Players of the Month for their Virtual Garden buildings skills, as it was our January POTM criteria. This left us with lots of excellent choices to pick from for our February GOTM!

This recognition is meant to honor a variety of our outstanding Virtual Garden builders who have helped to create some of our most memorable gardens. As many of you might recall, GOTM is an extra special award, because all players who deployed in the winning gardens will receive badges as well! Our winning February Virtual Gardens are the Richard Petty Garden, organized by markcase, and the Greer Train Garden, organized by Dlovegrove!

The February Gardens of the Month appear as follows: 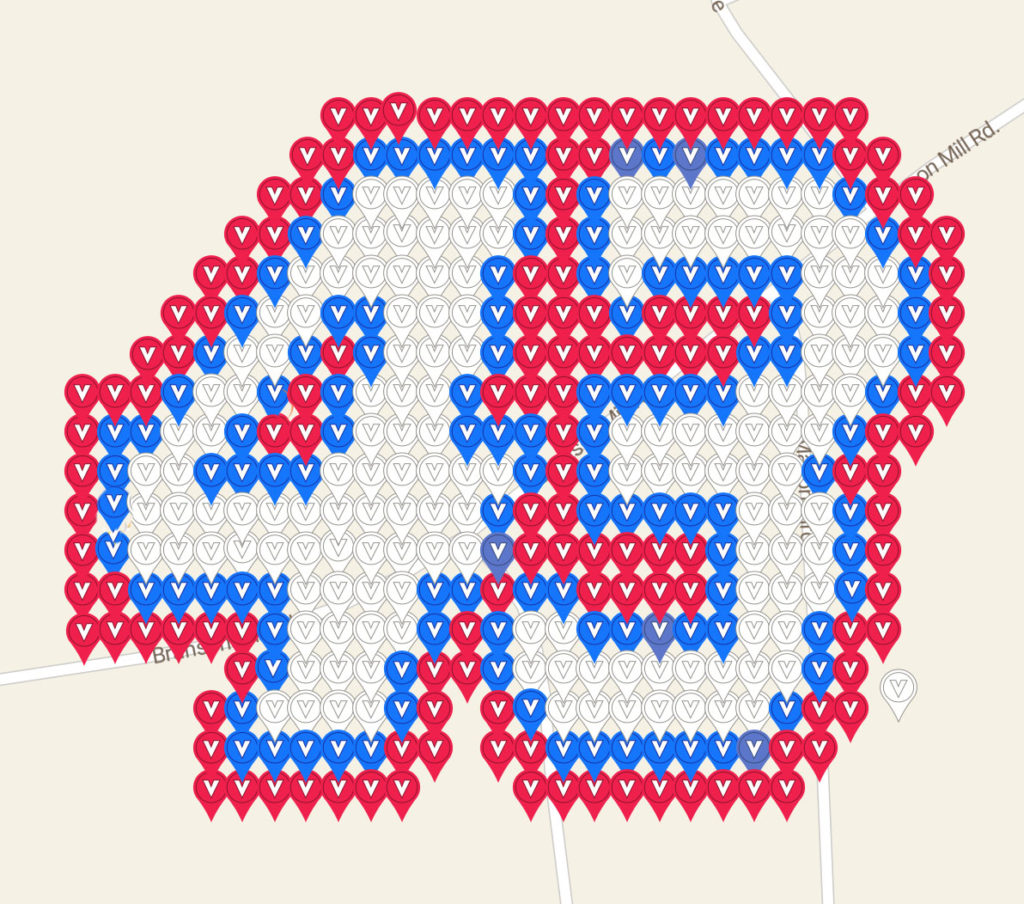 All players who deployed in these respective winning gardens will receive the following special badges! 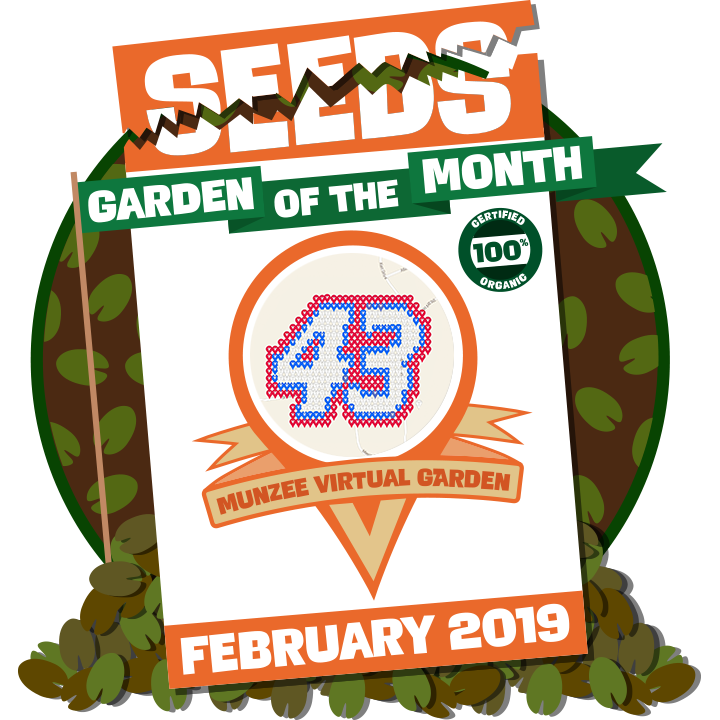 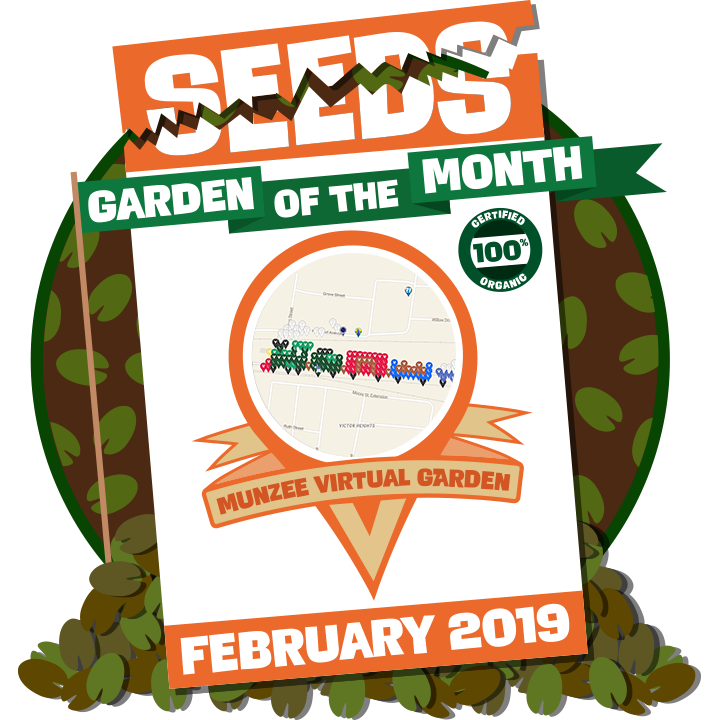 Not only did we enjoy the design and execution of these gardens, but we also selected this month’s winners based off the stories behind the Virtual Gardens. Munzee is a social game, and we love hearing about how gameplay impacts the community in positive ways!

The Richard Petty Garden earns the distinction of being one of the oldest Munzee Virtual Gardens in North Carolina. It also earns some major bonus points for being blessed by former NASCAR Driver Richard Petty himself!

Mark Case has been a dedicated Munzee player for rounding seven years, a period of which he has spent designing gardens for a variety of players. According to Case, several years ago he received permission to place a geocache on the property of Petty Enterprise. However, he was later asked to remove it due to property violations from overeager players. Case decided that a Munzee Virtual Garden would be the perfect way to honor Petty without disrupting his land.

With Petty’s permission, Case was permitted by Petty Enterprises to use the “43” logo modeled in the garden. With assistance from Craig Williams, Case was able to finish the coding needed to get the garden structured. On January 12, 2016, the Richard Petty Garden was successfully filled in thanks to player contributions. Case currently keeps a lookout for player holes caused by inactivity in order to preserve the garden. He is happy to share that Petty has officially blessed his titular garden, and the two have met in person! 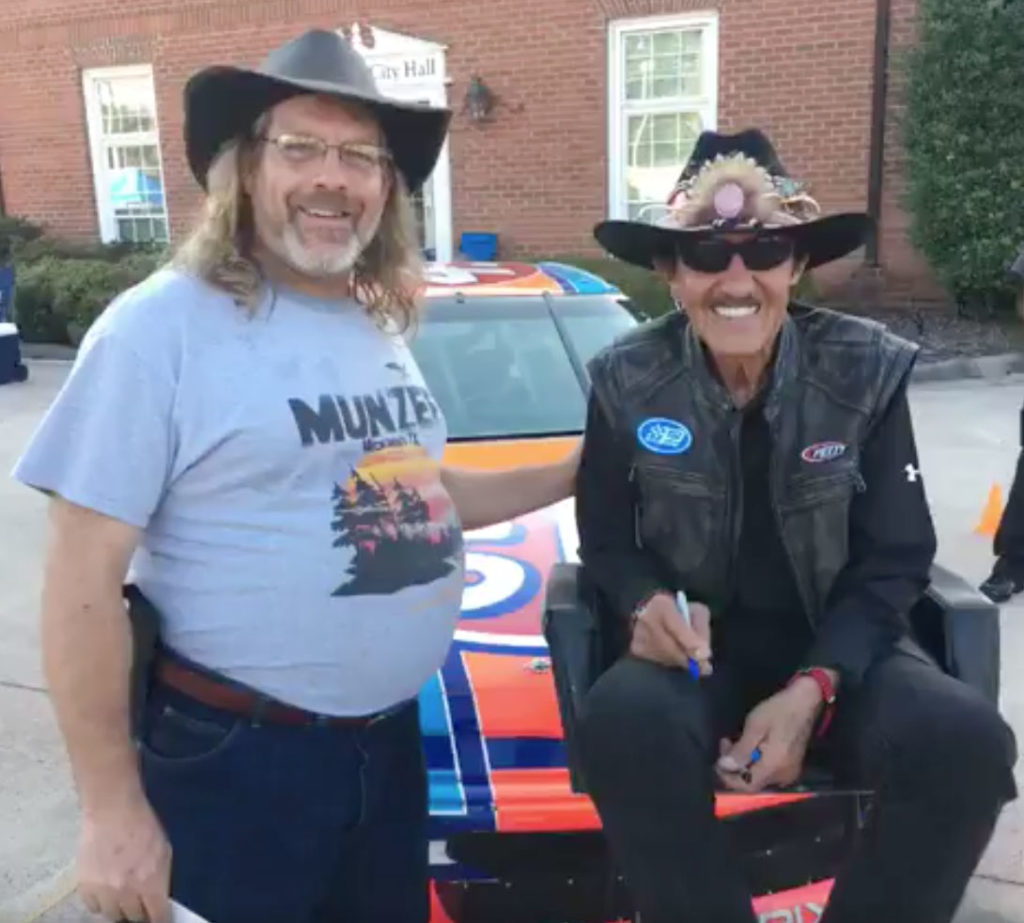 Our second February GOTM win goes to David Lovegrove, who did the tricky work of putting the spreadsheets together for the Greer Train Garden. This set of mini-gardens runs on the real world Norfolk Southern railroad tracks. The master plan for the design was devised by David’s 12-year-old son, Jonathan, and his best friend Henry. These creative young men also came up with their own logo design for the Virtual Garden. 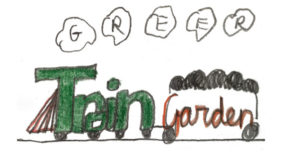 The group’s first Garden in the Greenville area was the Clemson Tiger Paw. However, as the Garden neared completion, the boys begged David to make a garden for Greer, South Carolina where they were concentrating their growth efforts. David desired to design a manageable size so that it could be more easily filled in. The team came up with the perfect solution: a train garden, where everyone fills up the engine one car at a time! The boys designed a logo and brainstormed ideas for the train garden at school every day as they strove to bring their dreams to fruition.

The young friends came up with the master plan for the Garden, while David worked the technicalities of their vision. The idea behind the design was to fill up the locomotive design and tender before adding on cars one-by-one. This layout allows for continual expansion, while allowing the Garden to appear “finished” even as it continues to grow!

This isn’t the only time David has joined forces with his son in relations to Munzee. The father and son duo enjoy collaborating on fun and funny designs, such as “Skunky” based off of Jonathan’s favorite stuffed animal. Now 14-years-old, Jonathan has discovered his passion and possible career route through his love of Munzee.

Jonathan has a huge desire to “Grow Greer,” his local community, in Munzee. This passion led him to researching websites about the city, cementing his lasting love for Greer. This resulted in the mayor of Greer presenting him with a key to the city. Jonathan has built a small media empire centered around positive things about and happenings in Greer via Facebook, Instagram, and  www.GreerTidbits.com. He even gives tours! 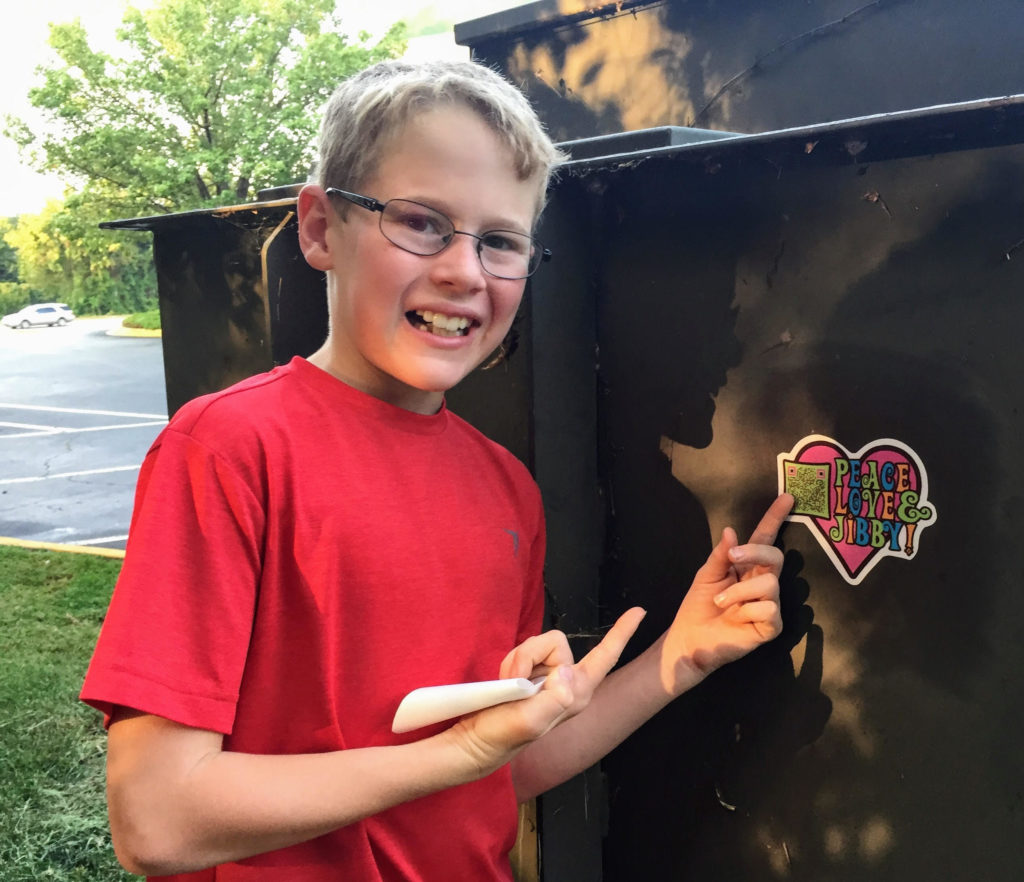 Jonathan Lovegrove, a young Munzee enthusiast. Lovegrove focuses on building the game in his hometown of Greer, South Carolina and spreading positivity.

Do you know a garden deserving of the title of March GOTM? We’re asking for players to submit already created gardens for the chance to win any of our upcoming Garden(s) of the Month! Just be sure to follow the rules!

E-mail us at iloveyou@munzee.com to nominate yourself or another qualified player for GOTM! If you don’t see your name on the February winner’s list, fear not! We take all former nominations into consideration for upcoming months.

Do you need help deploying in a Virtual Garden? Check out this step-by-step tutorial to help build a Garden today. Remember, Munzee is a social game, and there are many Virtual Garden builders who are happy to design Gardens for fellow players. Be sure to connect with us on Facebook in order to reach out to fellow players!

Don’t forget to stock up on Virtuals and Color Credits in the Freeze Tag store so you can fill in those Gardens! Our Virtual collection now includes Temporary Virtuals, Virtual Trail Munzee Credits (multiple), and the Virtual Trail Munzee Credit (single). All three of these items will be 19 percent off through Monday, February 25 at 10:00 MHQ time!

Congrats to all of our winning players this month! Thank you for sharing your stories, and thanks to everyone who nominated themselves or a fellow player and all who deployed. Stay tuned to see more winning Gardens!