Focus on the Foundation of Any Exercise Routine With November 2020’s Resolution!

Have you been indulging in some Halloween candy that you were planning on passing out to trick-or-treaters this year? Or indulging in popular pumpkin spice-flavored treats? While there’s no need to deprive yourself of these sweets, make sure to save some room for foods that will help you meet your daily nutritional needs!

As we announced in our January Resolutions blog, we will be launching monthly Capture Streak Badges centered on a year of being active. Each month’s badge will be dedicated to practicing a different exercise. Similar to how our Super Streak badges operate, you will be awarded a badge if you capture at least one munzee* each day for the entire month. This month’s badge may be tricky to get, but we believe in you!

Each month’s badge will be themed around the particular resolution goal. For November, instead of a specific exercise, we’re highlighting the importance of a healthy diet! While you can certainly enjoy healthy foods via juicing as shown in the badge art below, don’t feel obligated to try it, especially if it would require you to purchase a new appliance. As we’re sure you already know, there’s more to health than kale smoothies! 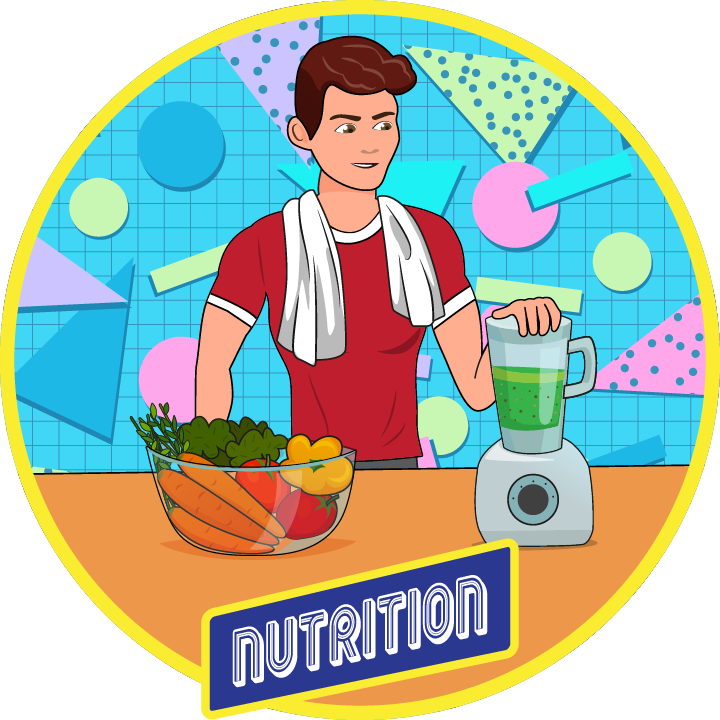 Why has juicing gotten so popular?

Veggies seem like they take a lot of prep work since, generally, you need to wash them, remove inedible/unappetizing  parts, and finally, chop them up before you can start cooking them. That’s quite a bit more manual labor than shaking a box of dried pasta into a pot of boiling water or dumping a chunk of meat into a hot oiled pan. Because of this, the appeal of juicing is understandable — after doing all that prep work, you just pop the veggie bits into a juicer and you’re good to go!

But, if you prefer your veggies cooked, it doesn’t take that much more effort to do so — a lot of veggies taste great with minimal cooking. For example, Brussels sprouts are one of the most disliked vegetables here in the US, but they’re actually quite tasty when they’re simply sautéed or stir-fried with a bit of olive oil or butter, and seasoned with salt and pepper. The only thing to watch out for is overcooking them, which would give them a bitter taste. Once you see a bit of caramelization, quickly remove them from the pan! Green beans and sweet potatoes can be prepared this way as well, and instead of using the stove, you could also roast them for a short time in the oven. If you feel like going to a little more effort, adding some minced garlic to cook alongside these veggies is sure to be a success. What are some other simple but tasty ways to prepare vegetables that you recommend?

Before you attempt any exercise, it’s always a good idea to consult your doctor**. Good luck and Munzee on!

* In order to encourage active gameplay we will not count Social Munzees for these capture streaks. If you know you’ll be in an area without munzees, plan ahead!

** MUNZEE IS NOT RESPONSIBLE FOR ANY EXERCISE-RELATED INJURIES

The Zeecret Agents Competition is Back!
Sate Your Sweet Tooth With These Spooky Specials!