It’s Official — The Machines are Taking Over with this NEW MOB!

Perhaps our need for our own Christmas Combatant has infected the app — as of 12:00 MHQ today, a new temporary Bouncer has materialized without any work on our part, and is rendering players helpless with its freezing capabilities! 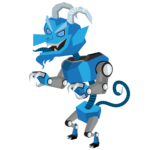 KrampBot is officially a tPOB, but solely owned by KrampBot himself and should be temporary (we hope!). No players are able to purchase/own/deploy a KrampBot. Based on its current growth pattern we project that 333 KrampBots will be bouncing around on the map that MUST be captured!

Like the Spyderbot, it will stay on the map until it has been captured 5 times, when it will be archived. After the fifth capture a KrampBot will be “krushed” which results in more points for the capper. KrampBot will bounce to certain virtual munzees (listed below) for the first 4 captures, but after being capped 4 times it will land on a physical munzee where it can now be krushed. If you’ve ever deployed a Butterfly or Frog Evolution munzee, these will behave similarly with a few exceptions. 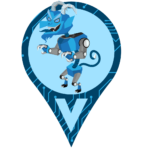 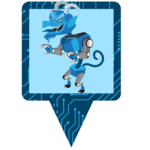 You can find these prickly predators bouncing to the following landing pads every 4 hours or when captured:

Similar to the Cyborg Santa, when the KrampBot is captured 1 NEW Putrid Present will be scattered nearby! 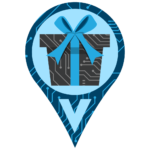 The Putrid Present will only be visible to the player who capped the KrampBot.

The “rewards” for Putrid Presents are as follows:

Like the Cyborg Santa, the KrampBot will be available for multi-capture. That means players can capture a KrampBot on their own munzees, any previously captured munzees, and more than once if the same KrampBot visits you. However, KrampBots are non-blastable. They will be attracted to Munzee Magnets and Virtual Munzee Magnets. You can access KrampBot by turning on your “All Limited Edition Specials” and “All Expiring Specials” filters.

There will be 1 badge for capturing the KrampBot. Since there’s only the 1 badge in this line, we want to keep it a secret for now. Hopefully it shouldn’t be too tough for you to get!

There is also a line of Christmas Combat Capture badges that you can earn for KrampBot, ReinDroid, RUD01PH, 31F, GingerMech Man, Cyborg Santa, Cybersaurus Rex, and any other future Christmas Combat captures! As a refresher, the first in this line will appear as follows: 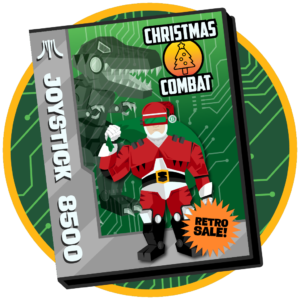 We’ve also added the KrampBot tag to the store — you can shop all Personal Tags HERE! 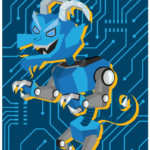 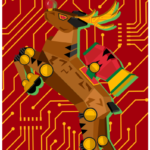 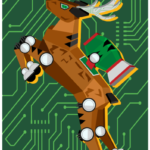 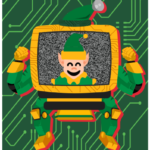 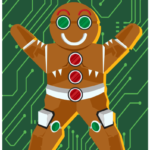 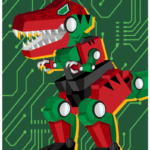 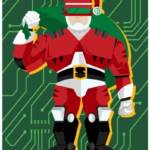 We hope these Christmas Combat specials add a dash of holiday cheer to your map!