January is usually a slow month since we’re catching up on tasks left from the previous year on top of planning for the new year. However, January 2020 has been anything but slow! We kicked off the year with our new 20/20 Specials, contributed to Australian relief efforts with 3 new official gardens and Aussie Animals, and launched a new app update, among many other things! That being said, we aren’t too busy to keep up with a little gardening! We are happy to announce the winners of the January Garden of the Month (GOTM), give one last reminder for January Player of the Month (POTM), and announce the criteria for February POTM! The badges for January GOTM and POTM will be awarded in early February, but we couldn’t wait to share the winners we’ve chosen!

This month, we chose gardens that put us in a positive mood just by looking at them! Remember that all winning GOTM organizers and all players who deployed in the winning gardens will be awarded special badges for their contribution to growing the map. This month we’re happy to award the Helsinki colour Garden, designed by Jesnou, Sivontim, Mandello & Neesu, and the Smile Garden, designed by Whatsoverthere, as our winning January GOTM! The gardens will appear as follows: 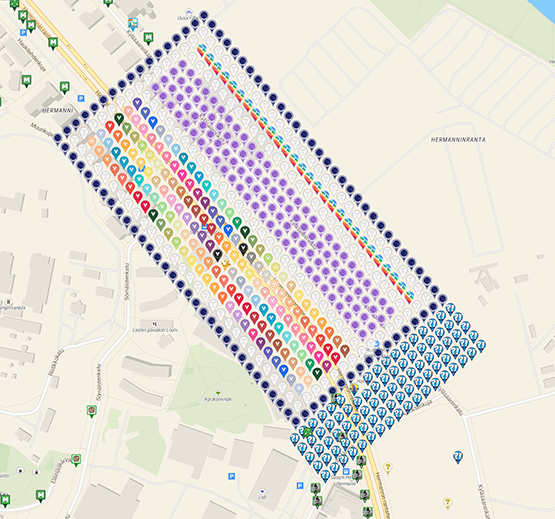 A simple but striking design!

This beautiful garden was designed to show off the 50+ new colors we made available for virtual Munzees in 2018! We love the shimmery effect created by arranging the gradation of colors just so, and the inclusion of virtual Jewel Munzees! 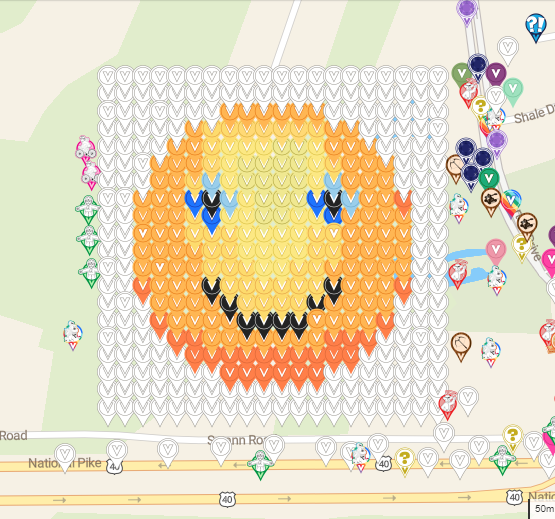 Will this spark a trend in emoji-themed gardens?

This garden was completed just in time for the Happy Holidays Buddy! event, which our very own Daniel Hammock attended! 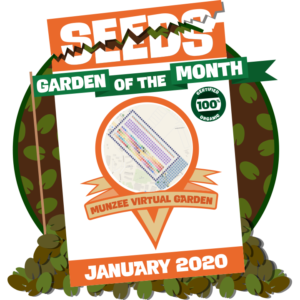 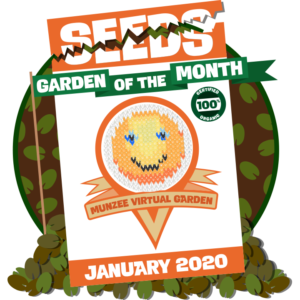 As a special thank you to everyone who helped to fill the aforementioned relief gardens, we created an exclusive badge! We were amazed at how quickly the spots filled up! Everyone who deployed in at least 1 of the 3 relief gardens will receive the following badge: 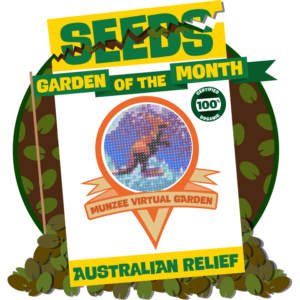 January POTM’s requirements called for nominations of Munzee Weather Warriors, aka Munzee Foul-Weather Players. We are seriously impressed by the dedication all the nominees have shown!

All players who have been nominated will receive the following POTM badge. If some deserving players have just popped in your head, you still have one day left! E-mail those nominations to iloveyou@munzee.com! You can expect to see the badge in early February. 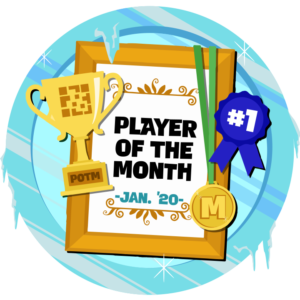 Thank you for having a love so strong for Munzee that bad weather doesn’t scare you off!

For February’s POTM we want you all to nominate players who are often paired up. We’re looking for Munzee Power Couples! These pairs don’t have to be romantically involved — friend pairs are just as qualified! These players are practically joined at the hip and are always considerate of each others’ goals (“Have you capped the Alternamyth that just popped up?” or “See if you can use a blast here!”). The players that play together stay together (and Munzee On!) so we want to spread the love!

As in the previous months, this unique POTM badge is eligible for any player to earn regardless of previous wins. The badge will appear as follows: 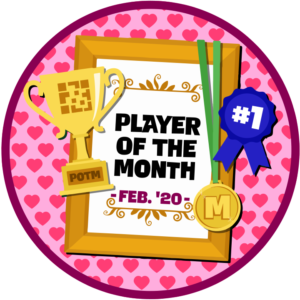 Know any Munzee pairs to rival Sonny and Cher? We’re trying out something new this time — please send us your nominations by filling out this Google Form: https://forms.gle/qjoyRLZQKV7VQrj17

February Flat Friends and QRewzdays Schedules!
Sound Off in Our New Survey!