Continuing last year’s tradition of monthly lawn ornaments, we kicked of the year by officially launching Garden Flamingos! Shortly after, we had a mini ZEE-Dayz to celebrate World Hypnotism Day and have the map all nice and clean for 2022. The next week, we celebrated National Sticker Day by topping up sticker orders with extra free ones, and then celebrated National Hat Day with a full-size ZEE-Dayz for the weekend and NEW MOBs running through early February. Last week, we released the details on the latest Secret ZeeOp, awarded the 2021 Leaderboard Badges, and had a very successful Moving Sale!

We are now happy to announce the winners of the January Gardens of the Month (GOTM)! The badges will be awarded by early February, but we couldn’t wait to share the winners we’ve chosen!

Remember that all winning GOTM organizers and all players who deployed in the winning gardens will be awarded special badges for their contribution to growing the map. This month we’re happy to award the Flamingo @ Den Treek Leusden garden, designed by Wawie, and the Florida Flamingo garden, designed by dt07751 and hunniees, as our winning January GOTM! The gardens appear as follows:

Flamingo @ Den Treek Leusden by Wawie in Leusden, The Netherlands 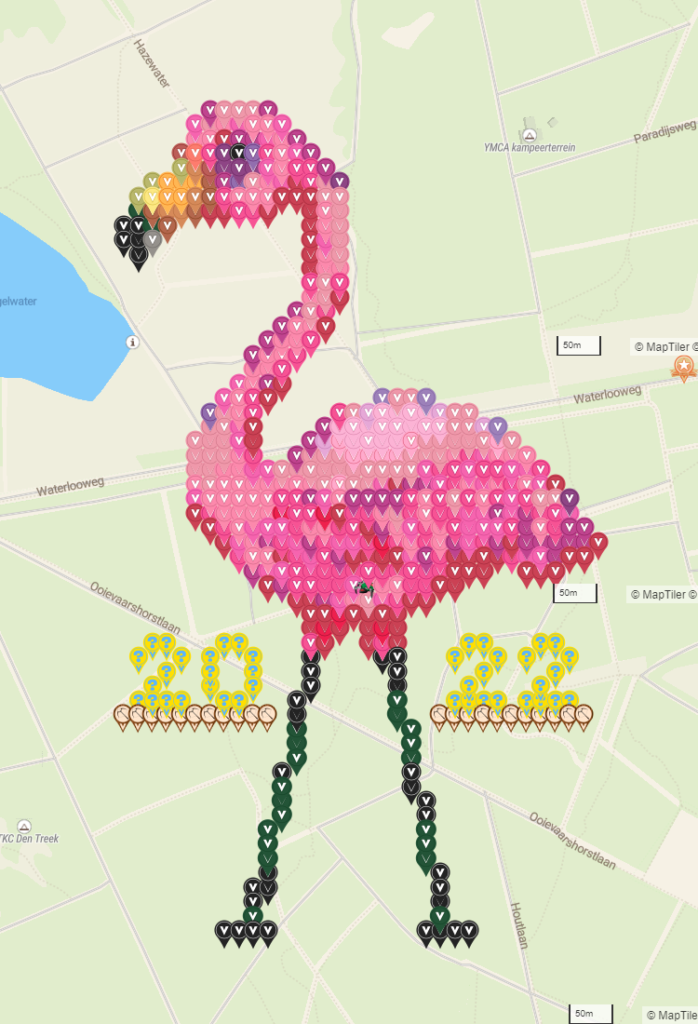 While the garden is beautiful enough with just Virtual Colors, the addition of Electric Mysteries to spell out the year can make capping this garden a little more interesting with their Charge scatters!

I would like to nominate my Flamingo Garden. I created this garden to celebrate that 2022 is the year of the Flamingo. The garden is placed in a beautiful wooded area in the Netherlands. A nice detail is that the bill of the flamingo is directed towards what we call in Dutch “Vogelwater.” The exact English translation of “Vogelwater” is “bird water.” Because there are no flamingos in the wild in the Netherlands, this water will not attract real flamingos. But I know that this flamingo will attract many Virtual Flamingos in the coming year. Special thanks to Nico and Jeen for their help.

This garden immediately caught our eye due to how well-done it was! We love the use of different pink, red, and purple Virtual Colors to give the main body of the flamingo some dimension, and similarly the different yellow, brown and green shades on the beak! Like Wawie wrote, this garden is sure to attract many virtual Flamingos, and many Munzee players as well!

Florida Flamingo by dt07751 and hunniees in Tampa, FL 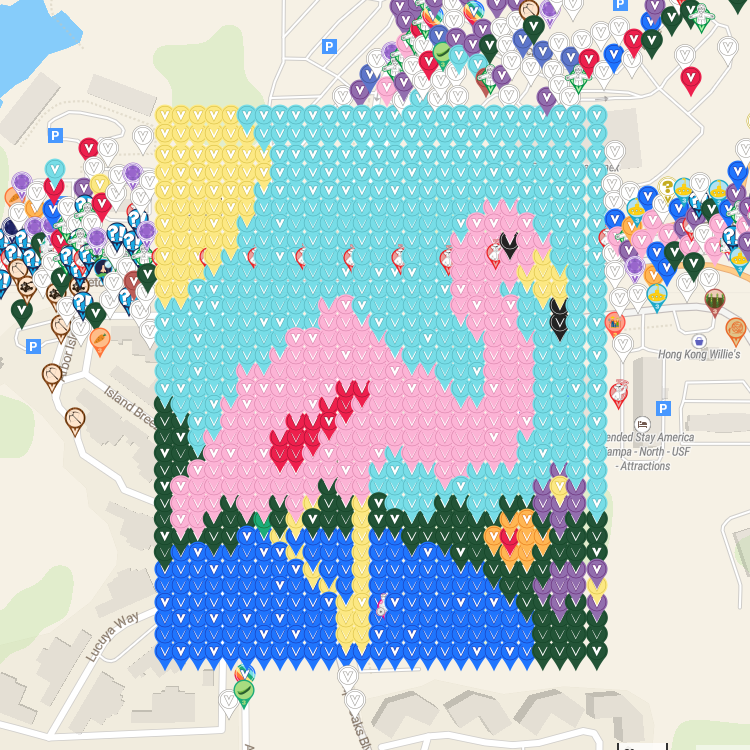 While we were unfortunately unable to filter out the Flat Matts running through the garden, they do resemble a bokeh effect on the sun’s rays leading directly to the flamingo’s eye.

This garden was submitted 3 years ago, and now it’s finally its time to shine! It’s a square-shaped garden depicting a simple scene — a flamingo standing in a flower-lined pool under the hot sun — but we think it’s a great tribute to the Floridian Munzee community! 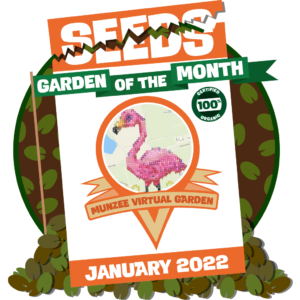 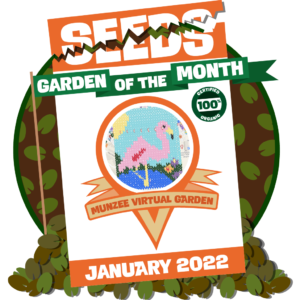