Latest Evolution Prepares to Leap onto the Map!

While some might believe that a frog’s favorite game is croak-et, their game of choice is in fact Munzee! So we decided, what better way to celebrate our amphibian friends than with their own Evolution Munzees? Starting August 1 at 00:01 MHQ time, our brand new Frog Evolutions will be made available through the August MunzPak Subscriptions! 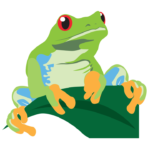 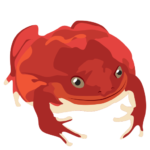 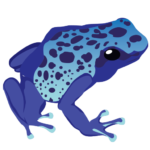 The latest Evolution Munzee will only be available in Physical MunzPak Subscriptions, sold in the Freeze Tag Online Store. However, keep in mind that if any MunzPak orders are placed before August 1 at 00:01 MHQ time, players will be receiving the July MunzPak. The Frog Evolution is a combination of Physicals and Virtuals, with Stages 1-4 bouncing to Physical Munzees and Stage 5 bouncing to Virtual and Physical Munzees. 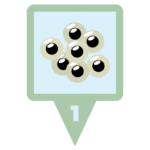 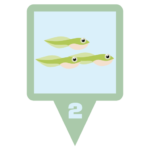 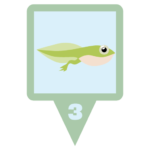 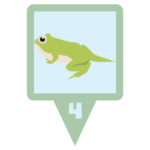 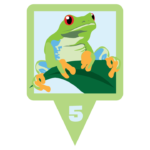 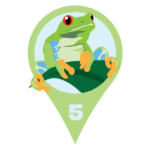 The 5 stages of the Frog Evolution are as follows:

The stage timeline of the Frog Evolutions will match that of the Butterfly Evolution. The stages will be as follows:

Once the Frog Evolution reaches Stage 4, a temporary POB will be launched. The Pollywog will become the Froglet and remain in place, while the Frog variant will be launched at the same time for the duration of its “lifespan.” Once the Frog Evolution reaches Stage 5, it will stay in place for 8 hours or when captured, and will not be able to be nudged. Once 10 captures or 42 days have elapsed for Stage 5, the Frog will be archived.

The first four stages of the Frog Evolutions will be the same for all players. However, Stage 5 will have the option of emerging as one of three different frog species (the green Tree Frog, blue Poison Dart Frog, or red Tomato Frog) which can bounce to both Physicals and Virtuals. Like the Flower Evolutions, the chance of the Frog Evolution evolving to one of the 3 types changes every time it is reset with the Evolution Reset Credit.

Purchasing the reset credit will set your Evolution back to Stage 1, for a chance for the Frog to evolve to a different species at Stage 5. Although you cannot capture a reset if you have already captured the original, you CAN capture the final level of a reset if it evolves to a different color than your first capture. An easy way to know is, if you see it on the map you can capture it!

Please note that although the first four stages for each are the same, they will count as different special capture icons. Like all Player Owned Bouncers (POBs), the Frog Evolution will be available for multi-capture only as the Level 5 Frog.

The points for the Frog Evolution will be as same as the Butterfly Evolution, with 100 points awarded per Stage 1 deploy.

The full contents of the August MuzPak Subscriptions will be revealed tomorrow. We hope this latest Evolution has you jumping for joy in the meantime! 🐸