Agents, ZeeOps HQ’s system has been hacked and all of our files on past missions have been erased! You’ll have to recreate past Operations in what we’re calling LegaZeeOps. It’s up to you to keep the legacy of this organization in tact. The missions for this month are the same that were originally available in July 2017’s Operations.

Due to your hard work in June the contaminated outlier strain of Evolution Munzees has been controlled. Despite investigations into what caused the issue, there have been few leads as to who was behind the leak. ZeeOps Agents must focus on forward though, so prepare for this month’s Operations.

Since the leaders of the Mean Green Gang have seemingly all been eradicated Director Zee has kicked off a probation program for former MGG members. The program has been named “Going Green.” He has requested that ZeeOps agents worldwide begin rounding up Mean Greenies to present them the opportunity to join forces. The program has been met with some resistance from both ZeeOps agents and former Mean Green Gang operatives though, so be careful.

July 2019 ZeeOps Operations are now live and you can begin planning your Missions to start on the following day. You can plan your Operations at munzee.com/ops/ and purchase more ZeeCred in the Freeze Tag Online Store. Remember that if you hit a snag at any point in your Operation you can use the Mission Mulligan feature to keep going!

Since this month’s requirements are focused on Greenies, you may want to stock up in the Freeze Tag store! 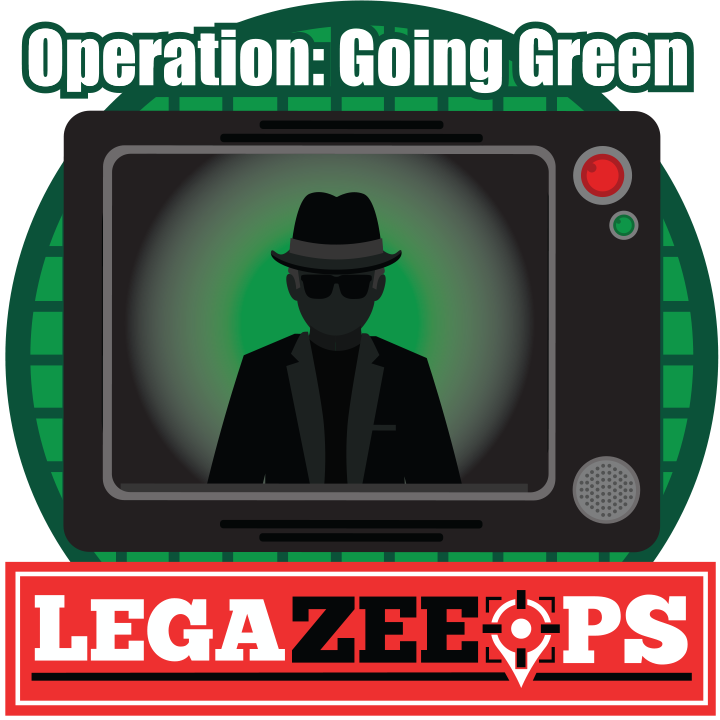