Agents, ZeeOps HQ’s system has been hacked and all of our files on past missions have been erased! You’ll have to recreate past Operations in what we’re calling LegaZeeOps. It’s up to you to keep the legacy of this organization in tact. The missions for this month are the same that were previously available in May 2018’s Operations.

Since the last issue with the Evo Munzees, Director Zee has ordered a halt on all further development. Unfortunately during the Zodiac Vigilante’s Evo antics earlier this year, the shape shifting creatures are still roaming the world. We must continue our efforts to monitor and capture Evos.

The Zodiac Vigilante has revealed that the First Clan and The Rising Sons are collecting Evos for their own nefarious schemes. Although the masked man has been holding them off on his own, he has turned to ZeeOps HQ for aid. Be weary though, his allegiances are his own, which is both good and bad.

December 2018 ZeeOps Operations are now live and you can begin planning your Missions to start on the following day. You can plan your Operations at munzee.com/ops/ and purchase more ZeeCred in the Freeze Tag Online Store. Remember that if you hit a snag at any point in your Operation you can use the new Mission Mulligan feature to keep going!

Since this month is focused on Evolution Munzees be sure to stock up on Physical and Virtual Evo Paks in the online store. 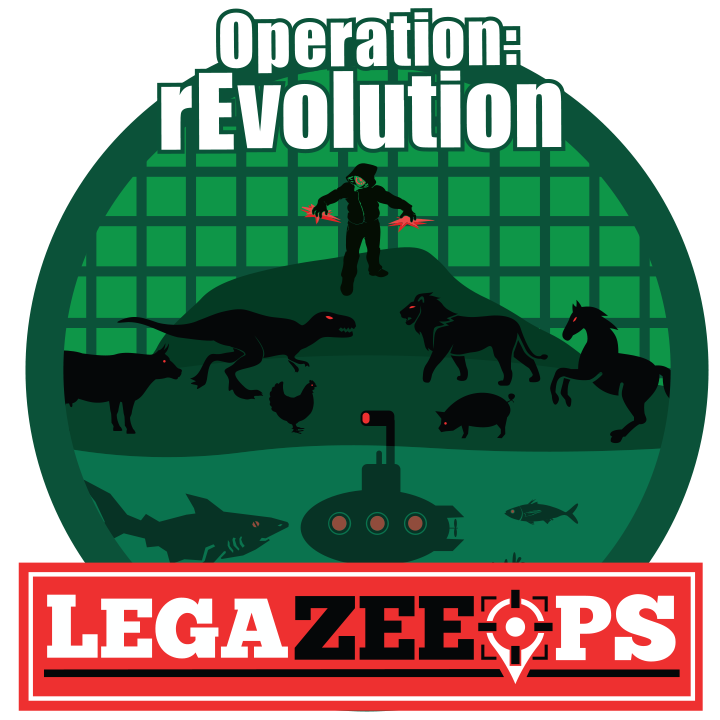 2018 Christmas Events Update!
Last chance to get your Advent Calendar before it starts!