MH-Qlue Makes for a Real Whodunnit!

Breaking news, Munzers! The CzeeO has been attacked and kidnapped at MHQ, and now you have to find out whodunnit before it’s too late! A total of 1,949 MH-Qlue specials will hit the map from October 22 at 00:01 MHQ time through November 6 at 23:59 MHQ time for over two weeks of mystery and fun!

The MH-Qlue specials will feature 1 physical type and 3 virtual scatter types. The virtuals will NOT be blastable, so you’re going to have to get out there to earn them! Ready to hear the details of this multi-layered game within a game? Detectives, let’s dive right in! 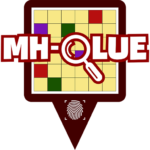 There will be one MH-Qlue bouncing type that bounces to Greenies, Mystery Munzees, and physical Elemental Mystery Munzees every 6 hours or when captured. They WILL be attracted to Munzee Magnets (also available in 5 packs) on Greenies. When capped, the MH-Qlue special will scatter 3 virtual card icons nearby.

The MH-Qlue physical bouncer will bounce to the following:

After an MH-Qlue Special is capped, one of each card type will be deployed as a virtual scatter within 700 feet. These will be visible to everyone for 1 hour or until it is captured. All virtual scatters will be worth 49 Capture points each. The cards will appear on the map as follows: 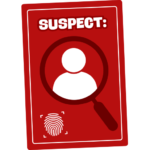 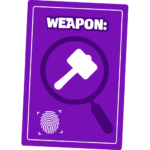 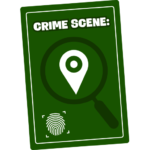 When the player caps a card, they will randomly earn one of four icons, similar to the Magic 8 Ball specials. Each card type will have four different possibilities. While you might have guessed that it was Rob with the Ban Hammer at MHQ, the actual Suspect Cards will feature the following 4 persons of interest: 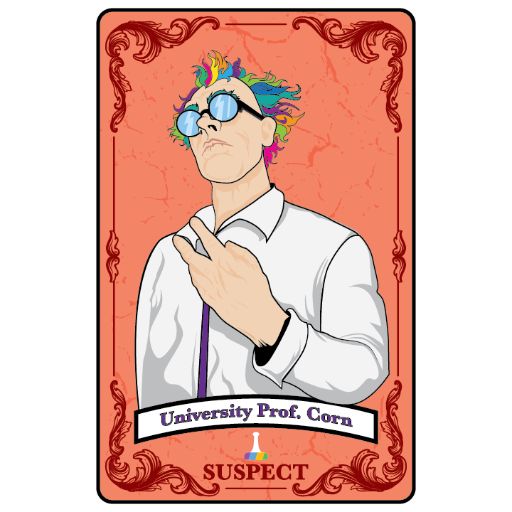 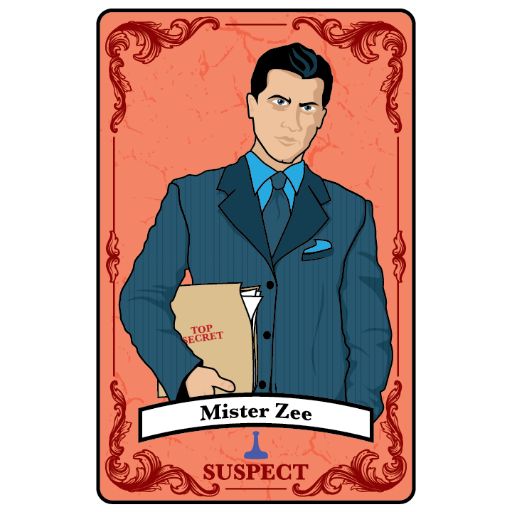 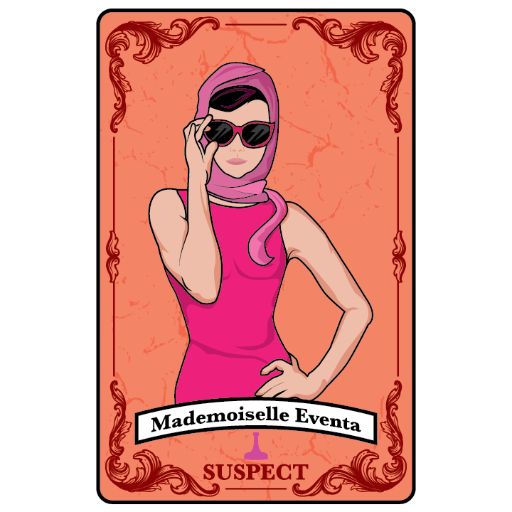 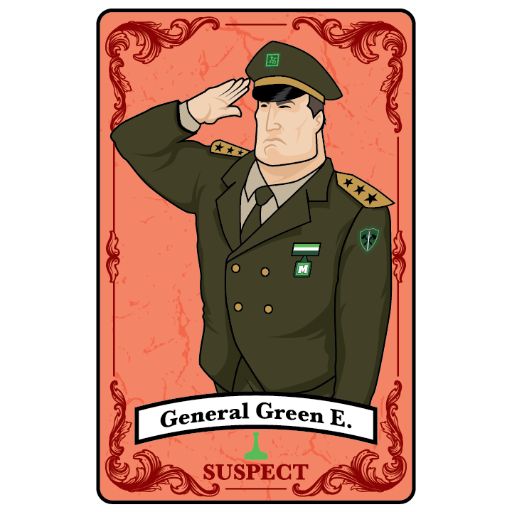 However, the Ban Hammer is one of the weapon options at hand. The 4 Weapons Cards will appear as follows: 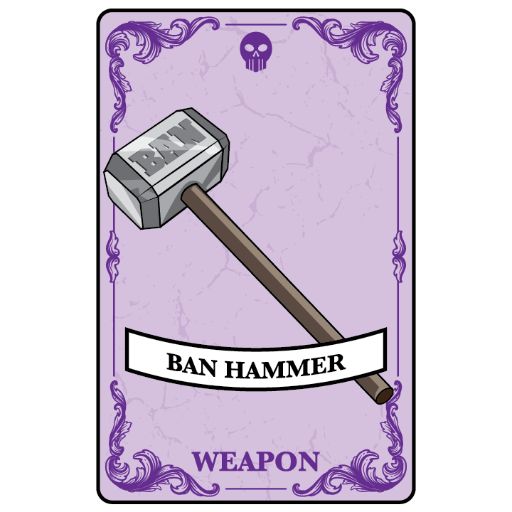 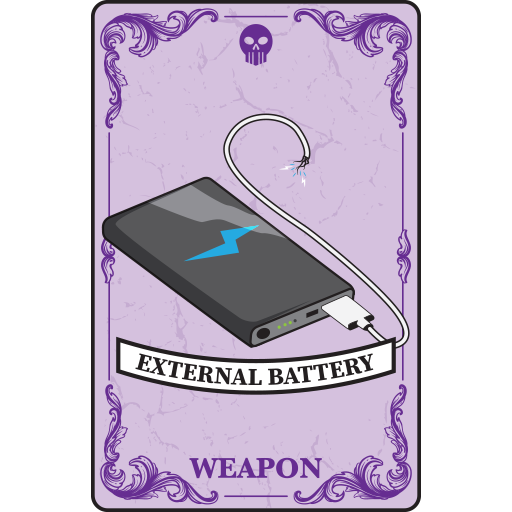 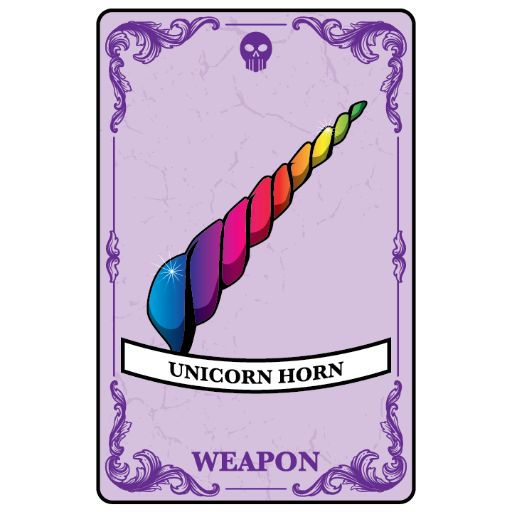 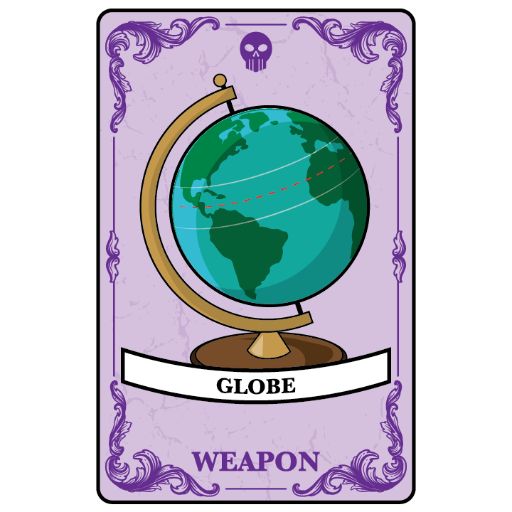 Lastly, are you ready to determine the scene of the crime? The 4 Crime Scene Cards will appear as follows: 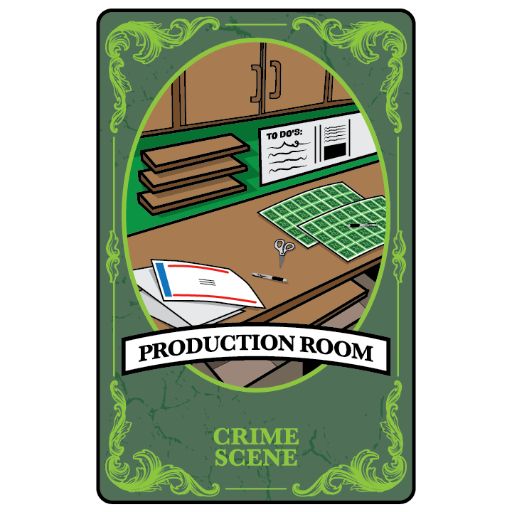 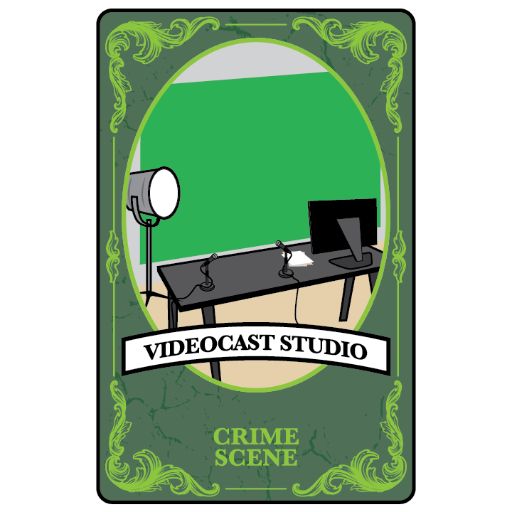 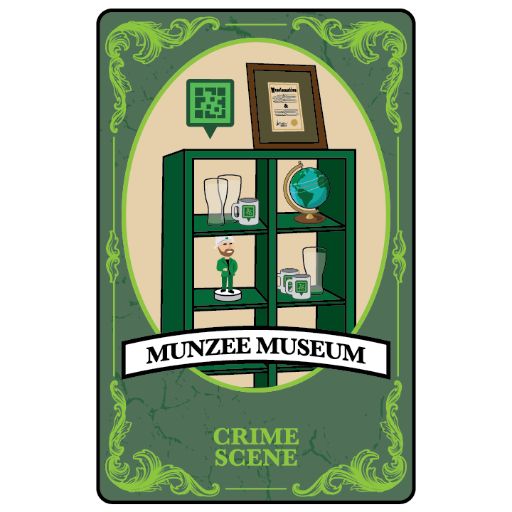 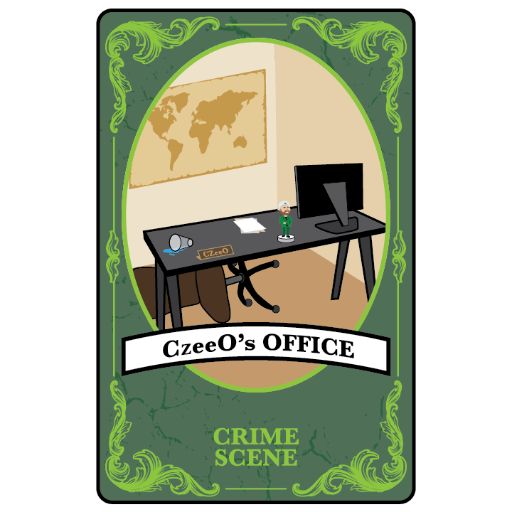 As you earn different pairings you’ll have different scenarios as to what happened to the CzeeO. Was he attacked in the Munzee Museum, with the Unicorn Horn, by Mademoiselle Eventa? Perhaps it was Uni Professor Corn, with the External Battery, in The Videocast Studio? We’ll reveal the true series of events once the specials have left the map, but in the meantime capture as many clues as you can!

What’s a game of amateur detective without a badge? Fortunately we have more than one badge in store for this whodunnit special! There are 3 badges you can earn for MH-Qlue captures, though we’re only going to reveal the first in the series. It will appear as follows: 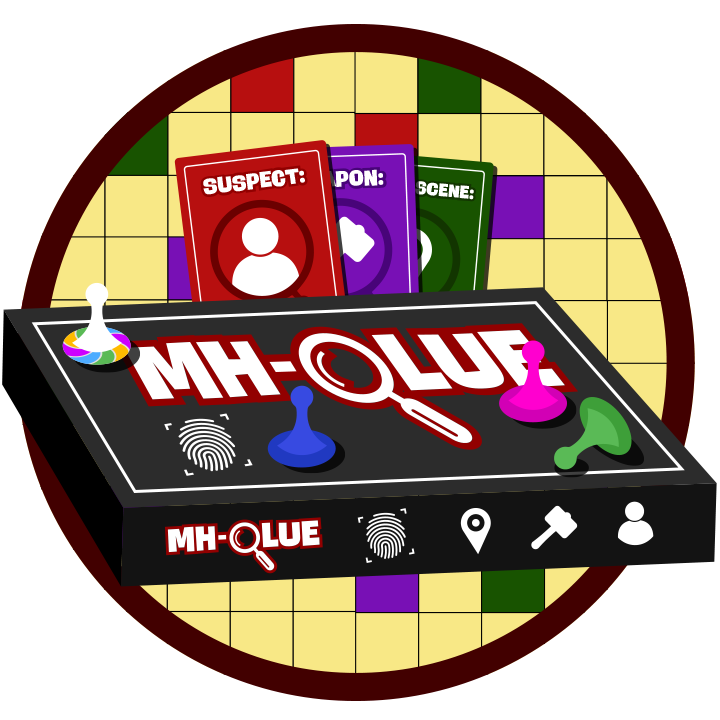 To discover the rest of the badges, you’ll just have to put your detective skills to the test! What do you think⁠— can you help us find out what happened to the CzeeO?!