In May 2014, we launched the RMH Virtual. This special was inspired by Derik Reed and his family. Derik’s son David was diagnosed with ALL, T-cell Lukemia in October 2012. While Munzee provided Derik with a way to relax, both of his children played with him. As a community, Munzee raised and donated $25,000 to the Ronald McDonald House of Spokane, Washington through the purchase of the RMH virtuals. We contacted Derik earlier this week to see

how everything was going:

“David continues to exhibit no evidence of disease, but we have followups monthly for at least a year, and less frequently after that.  He is a 4th grader, and is doing well academically.  His sister joined him at school, and is kindergarten. They ride the bus, and love school.  We have a larger yard, and now have 16 chickens, and a bigger garden space.  David is waiting for the all clear to get ferrets (he has not been able to have that type of animal living in the house due to his compromised immunity). We hope to do David’s wish trip this summer—he wants to go see Winter the dolphin in Florida (from A Dolphin Tale).”

On January 18th, David Reed will complete his final chemotherapy treatment and ring the bell as a childhood cancer survivor. In the spirit of our 2016 theme, we are celebrating this by re-releasing the RMH virtual, both on the map and in the store.

Any RMH Virtual that was purchased during the first release will be put back on the map. You CANNOT move previously deployed RMH Virtuals. If you had one in your undeployed list, it will show up again and you will be able to deploy it. As for capture, you CANNOT recapture RMH virtuals that you have already captured.

The RMH Virtual Munzee is a special limited time Munzee purchase. On sale from January 15th at 14:00 until January 17th at 23:59 (MHQ time) only. Each RMH Virtual is $1, and proceeds will be donated to the Ronald McDonald House of Spokane. These are ONLY available in the new Munzee store. They can be purchased directly at this link.

Four badges may be earned through your purchase and support of the RMH virtual munzee.  Badges received for owning 4 RMH munzees, 8 RMH, 20 RMH, and 40 RMH munzees owned.  If you have previously deployed RMH Virtuals, these will count toward previous numbers (eg if you deployed 15 RMH Virtuals during their original appearance, you only need to deploy 5 more to earn the 20 RMH Deploy Badge). There will also be a new badge for capture or deploy of a RMH virtual. 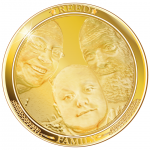 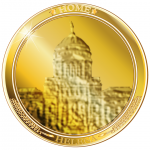 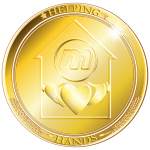 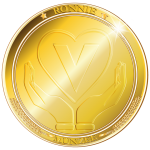 RMH Virtual munzees will remain on the map from the date of deployment until January 31, 2016 at 23:59 MHQ time (CDT). And they WILL be included in the Double Point Weekend.

Announcing the 2016 Munzee Theme…
What A Weekend!