In March we celebrated our favorite color- GREEN. We also gave back to some wild friends with the help of our players, announced some birthday plans, crashed at a couple hotels and updated the app.

Take a look back on some of the things that happened this month and what to expect next month as well!

We kicked off the month with Safar-Zee, a fundraising effort focused on helping wildlife worldwide. For the month of March we sold Paw Print special virtual icons with proceeds going to help wildlife rescue organizations. As always our players showed their enthusiasm from the start and have already helped In-Sync Exotics and our newly adopted tiger Mystery.

The special Paw Prints will be on the map through 23:59 MHQ Time on April 30, 2017. The virtual garden above In-Sync is permanent. 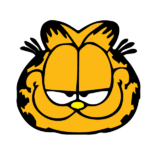 Greet Garfield in Munzee, IN!

This month we announced some of Munzee’s 6th Birthday celebration plans to take over Muncie, Indiana and turn it into Munzee, Indiana! Join Rob the weekend of July 21st for a number of fun events including a trip to the Delaware County Fair! Rob will also be visited by a certain fat cat who is pretty popular around those parts.

We celebrated St. Patrick’s Day weekend in full force with a triple point weekend on some of our favorite green munzees, expediated Leprechauns and a limited time Leprechaun badge line!

Needless to say, our players made the most of the weekend and Saturdaywas in the Top 10 Overall days of both captures and deploys. 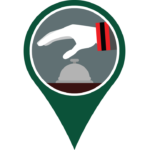 He claims he’s just here to help you with your bags though, so be sure to leave a tip for the new Bellhop Nomad Munzee! 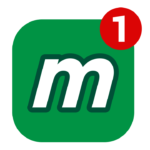 This month we updated Munzee to version 3.3.2. Be sure to update your app to make the most of the following new features. 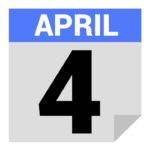 – We know we’ve been BASHful, but stay tuned for some news soon.

– Jokes on you, this started already.

– Have any righteous Referrals? Asking for a friend…