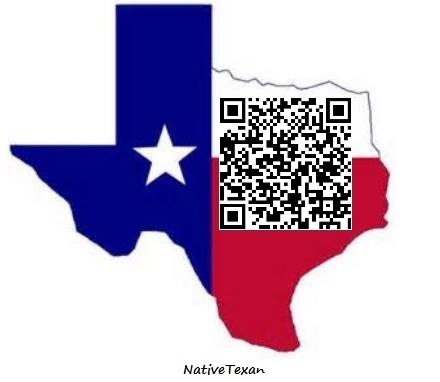 A relatively new face on the scene, this week’s Player of the Week has quickly won the hearts of the community, and Team Munzee.  Passionate about geo-location games, and supportive of his local Munzee community!  You can find his smiling, upbeat personality shining on Facebook and around the web, and you can also contribute to his very exciting garden near Munzee Headquarters!  This week’s Player of the week is Brad Bond, aka, NativeTexan.  Read below to learn more about our newest enthusiastic Player of the Week!

Who are you?
My name is Brad Bond. Actually Brad is my middle name. My first name is James. And yes, I hear all the jokes about being James Bond! In the Munzee world, I’m NativeTexan.

Where in the world do you live?
I live in Denison, TX. It is about 45 minutes due North of Munzee Headquarters and is on the Texas/Oklahoma border. Some people might recognize the town because it is the same town Trish lives.

How long have you played Munzee?
I have only been playing since the end of January, 2014. But it only took me a day or two to become totally hooked! Two days after I signed up for an account, I went premium.

How did you find Munzee?
I heard about it on Facebook from a caching page. Someone posted a question about Munzee and my immediate comment was, “What is Munzee?” I googled the term and found Munzee.com and after looking through the website and then seeing the map, I was amazed at the number of Munzees in this small town. I downloaded the app to my phone and went to find my first Munzee. I also joined some Munzee Facebook pages and started asking questions. I decided to join a clan two days later but I joined a laid back one since I wasn’t sure what all the clan stuff was about. Then on the second month I decided to join a clan that wanted to go for the Chuck and we made it! If I wasn’t totally hooked before then, that did it for me.

What do you enjoy most about Munzee?
I really enjoy getting outside but I have to admit, I am hooked on the points, badges and clan weapons! One thing I am really excited about is going to my first Munzee Bash. I remember reading all the fun stuff about MMIII and seeing the pictures of everyone who attended. I’m looking forward to going to something like that. Another thing that I really love about this game is the interaction between players and the MHQ staff. Everyone is so friendly and helpful and I was amazed how much the MHQ team interacts with the players on social media. I remember the day that my daughter and I decided to make the short trip to MHQ to meet the team. I wasn’t sure if it was appropriate just to walk in but we were greeted with open arms. That was a fun day for us.

What is on your wish list?
It is hard for me to say that I have a wish list since I am pretty new to this great game. But, I think for me I want to make sure I get more “special” icons in my list of icons. Of course, I really want the get the 10K and Centurion Badges. That is my goal for now.

Tell us about yourself!
I was born and raised in Texas. I have lived there all my life except for 5 years I spent in Summerville, SC. I really loved living there but was very glad to get back to Texas. I have four children, all of whom are adults and one granddaughter who is almost 5 and lives about 20 minutes from me. I have two boys who live in Texas and one son who lives in New York. My fourth is my only daughter. She is the oldest of all four. She and I live together and have for a few years. About 2 years ago she decided to try and adopt so we became a foster home. We have had 3 placements in our home for a total of 4 kids. The little girl we have now is 6 years old and she it totally hooked on Munzee! Every time we go into a store she starts turning bottles and packages around looking for QR codes. When she sees one she yells out, “here is a Munzee, scan it”. Not realizing that every QR code is not necessarily a Munzee, I humor her. I open the app and scan the code. She is disappointed when the buzzer sounds and it is not a Munzee. When we are out actually Munzeeing, her favorite thing is asking, “how many points did you get?”, after she hears the ding!

But fostering can be a great thing. We know we are helping out some kids that need help at that time in their lives. They are so young and their world has been turned upside down. It is rewarding but as you can imagine it is hard as well. Sometimes you really get attached to these kids and then they end up going back home. It can rip your heart out at times.

Other hobbies include;
Like a lot of Munzeers I also enjoy caching. But when the weather is nice I really enjoy fishing! I live just a couple of miles from Lake Texoma, which is one of the best Striper fishing lakes in the country. I absolutely love getting on top of a school of stripers that are feeding on the surface. Every cast lands a nice fish! But now that I have discovered Munzeeing I have a feeling the fishing will have to wait each month until I meet the clan requirements!

NativeTexan was awesome enough to share his Social with us.  Cap it today!