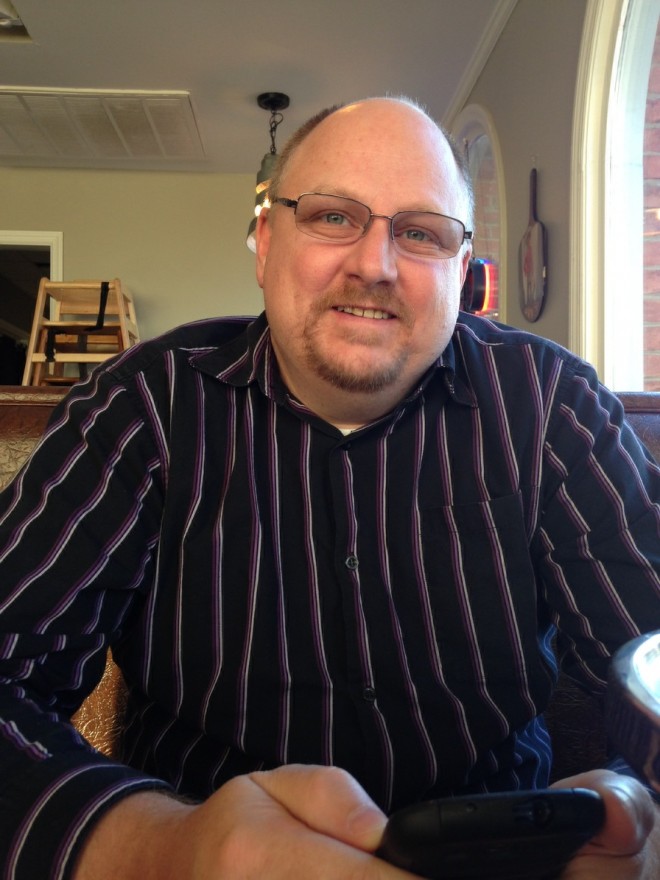 Co-creator of the Franklin Gardens in the US, a force to be reckoned with in the forums, and just a generally awesome guy with a true sense of Southern Hospitality when you visit the lovely “Munzee lands” of Tennessee!  This week’s player of the week is one of the most well-known American players, and has been in the spotlight big time this year with the Franklin Munzee Bash!  Let’s all welcome Jay Piper (ThePiedPiper) to the Player of the Week club!

Check out his interview below:

Who are you? ThePiedPiper  AKA  Jay Piper

Where in the world do you live? Spring Hill, TN, USA   (15 miles from The Franklin Garden)

Southpaw introduced me to Munzee on our way home from the Midwest Geobash in Wauseon Ohio. I signed up, created 10 Munzees, deployed 4 (all still active and in original laminated business card laminate) and then didn’t do much with it. One year later at MWGB 2012, I tracked down all of the deploys in the area and capped all of them.  That’s when I was truly hooked, I started capping and deploying on a daily basis after that. The game had evolved so much within that time period making it much easier to play.

I can’t say I have one thing I enjoy most, as there are so many.  One of the best things is enjoying time with the friends, Tammy (TheRealGigi) and I now call our extended family.  We try to hang out at least once a week to deploy and cap together in order to expand the Franklin, TN Garden.  I will admit I am extremely competitive so I enjoy following their progress in scoring. The Clan Wars have also made each month more exciting, challenging and keeps the game interesting for me.  Fortunately, I belong to a clan (Phoenix Rising) willing to work hard together as a team and we have achieved Chuck every single time with very little change in personnel. (We hope to continue that streak, although we know it could get much harder if we brag too much!).  Thanks to Munzee I now have worldwide friends, which, if we were ever to meet in person we will be able to get along instantly due to the common bond of Munzee. I also must say I like how the “Vardy Man” keeps adding new and exciting things to the game and how much he has transformed it over the last year. Thanks Rob!

Besides Mysteries being a minimum of 10pts (Thanks Scott)?

(Editor’s Note: That’s some “monkey on your back there, Jay. May wanna lay off the Mysteries!)

I would like for the Franklin Munzee Bash to become one of the must go to events of the year and possibly a mega event.  We are already making plans for April 18th, 2015!

I am originally from Indiana and have lived in Tennessee since 1993 by way of Karlsruhe, West Germany (1987-1990). Professionally I am a computer consultant (Network Engineer, SQL DBA) that works with manufacturing firms all over the world. I work from home and have to travel about 25% of the time, which gives me plenty of opportunity to cap and deploy when in other areas. I am a Dad to three teenagers (a son 18, a daughter 15 and a step daughter 16) which makes life interesting every day. Was a Scout leader for many years until my son became an Eagle Scout in 2011. Am a Past Master and current secretary of Columbia Lodge #31 F & AM, Past High Priest Lafayette chapter #4 Royal Arch Masons, Past Illustrious Master Columbia Council #139 Cryptic Masons, Past Commander Columbia Commandery #35 Knights Templar and a member of the Knight York Cross of Honour (K.Y.C.H). Currently serving the Grand Lodge of TN as Director of the Hospital Hospitality House program. Current Webmaster for Grand Lodge of TN F &AM, Grand York Rite Bodies of TN and TN Knights of Pythias. I am also a member of the B.P.O.E. (Elks), a veteran of the U.S. Army and a founding member of the Middle TN Munzee club and recently became a volunteer to admin the Forums for MHQ.

Jay was awesome enough to share his social with us.  Let’s show him some love and cap our appreciation for this week’s POTW!

Munzee for good this May!
June Clan Wars