This month we kicked things off with a new Zodiac Munzee line — the Celtic Zodiacs! We’ve always been fans of the intricate Celtic Knots as you may have noticed in our Shamrock badge line, so it was fun to delve a bit deeper with this new line of munzees. Other than that, Candy Crypt specials finished their run at the end of the week.

The next week, we made some much-requested reductions in proximity requirements to certain Places munzees. A few days later, we released our lyrical Jukebox specials, with the first 9 records to collect! As promised, we also had a ZEE-Dayz / Double Points Weekend on Greeting Cards to celebrate humbird7!

We are now happy to announce the winners of the November Gardens of the Month (GOTM)! The badges will be awarded by early December, but we couldn’t wait to share the winners we’ve chosen!

This month, we couldn’t resist letting the Jukebox specials guide us in our choices. Remember that all winning GOTM organizers and all players who deployed in the winning gardens will be awarded special badges for their contribution to growing the map. This month we’re happy to award The Yellow Submarine garden, designed by Waves117, and the John – the Fab 4 / 1 TÜ garden, designed by geckofreund, as our winning November GOTM! The gardens appear as follows:

The Yellow Submarine by Waves117 in Sheringham, Norfolk, England 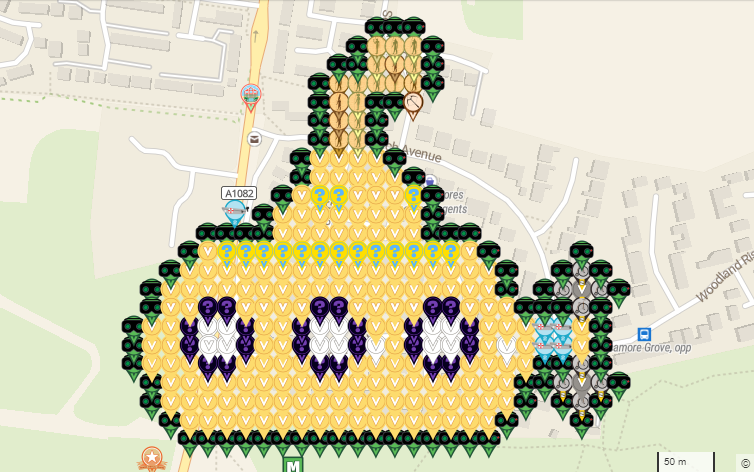 The use of various Egyptian Zodiacs to create the periscope adds dimension and is a clever way to achieve a similar yellow color to the main body.

With Sheringham being a seaside town and already having a few Seaside related munzee gardens, it seems only appropriate to continue the trend………….. and so the Yellow Submarine was created.

Since The Zeetles just put out their newest hit, Evo Submarine, we just HAD to choose this garden as one of the winners this month! 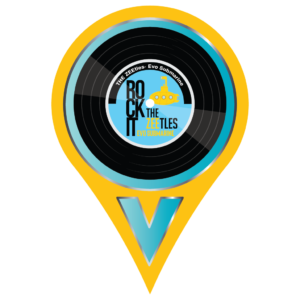 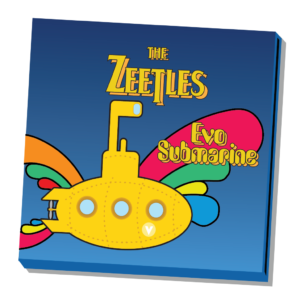 Kudos to Waves117 for creating such a timely garden! You may recall Waves117 also designed two other past GOTM winners, which were also seaside-themed as she wrote: Horatio the Hermit Crab, and Sandcastle in Sheringham Norfolk UK. Her gardens have definitely made Sheringham a coastal wonderland!

John – the Fab 4 / 1 TÜ by geckofreund in Tübingen, Germany 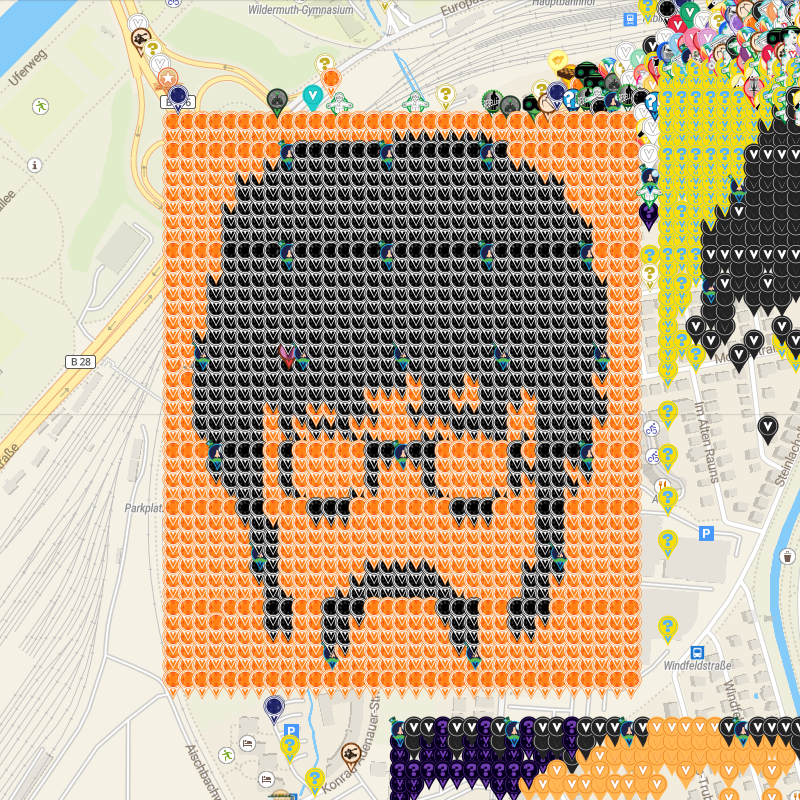 The garden is composed of Citrines and Onyxes, which definitely was a smart choice as the centerpiece for an October event — they awarded Pumpkoins! WE also love the Sir Prize Wheels sprinkled throughout as they also resemble the overall design.

John was the first of the Fab4 Gardens in Tübingen. Meanwhile, Ringo, Paul & George have also been published. In October 2022, the Beatles will be serenading us at the event.

This garden was nominated all the way back in March, and it definitely caught our eyes as it is stylish in its minimalism, and also manages to be a recognizable representation of John Lennon. We’re sure that the 🔆Wilder Süden Part 10 – Yesterday event which featured this garden was a smash hit! We also can’t wait to see the other 3 gardens once they’ve been completed — it’ll be like the Mount Rushmore of the Munzee Map! 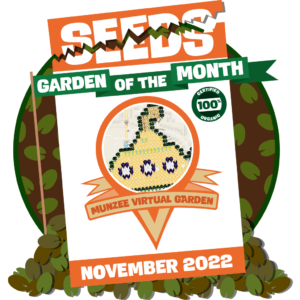 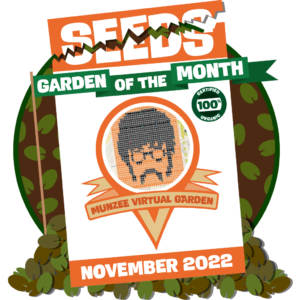