For October, we wanted to do more than just spooky themed bouncers. As restrictions still vary around the world, we wanted to create a safe trick-or-treating experience with Candy Corn Credits. Instead of going door-to-door, you collect them by going munzee-to-munzee! And, even better — you can trade them in for rewards you choose, so you can truly play your way this month! Some of the new Halloween Greeting Cards we released at the start of the month are obtainable by redeeming CCC.

Of course, we did release some spooky themed bouncers the next week — the Pro-fright-ionals! We also tried something new by releasing new Halloween-themed skins for Myths: the first was the Candy Corn Unicorn, the second was the Candy Corn Leprechaun (“Leprecorn”) — more may be coming soon! Just this week, we released an update to Hotels which should make it easier to earn CCC from them as well.

Lastly, we highlighted Pouch Creatures this month with the release of 3 new Mitmegu Evolutions, the first new non-Funfinity Stone creature in over a year — Koobas — and a ZEE-Dayz weekend that awarded double points on them and Greeting Cards!

We are now happy to announce the winners of the October Gardens of the Month (GOTM)! The badges will be awarded by early November, but we couldn’t wait to share the winners we’ve chosen!

The gardens we chose reflect the festive mood we’re feeling — we know y’all are feeling it too, as the Calendar is packed with events every weekend! In fact, one of these gardens was made specifically for an October event. Remember that all winning GOTM organizers and all players who deployed in the winning gardens will be awarded special badges for their contribution to growing the map. This month we’re happy to award the Witchy Pumpkin Garden, designed by MrsHB31 and markcase, and the Black Moth 💀 Squad Garden, designed by Rikitan, as our winning October GOTM! The gardens appear as follows: 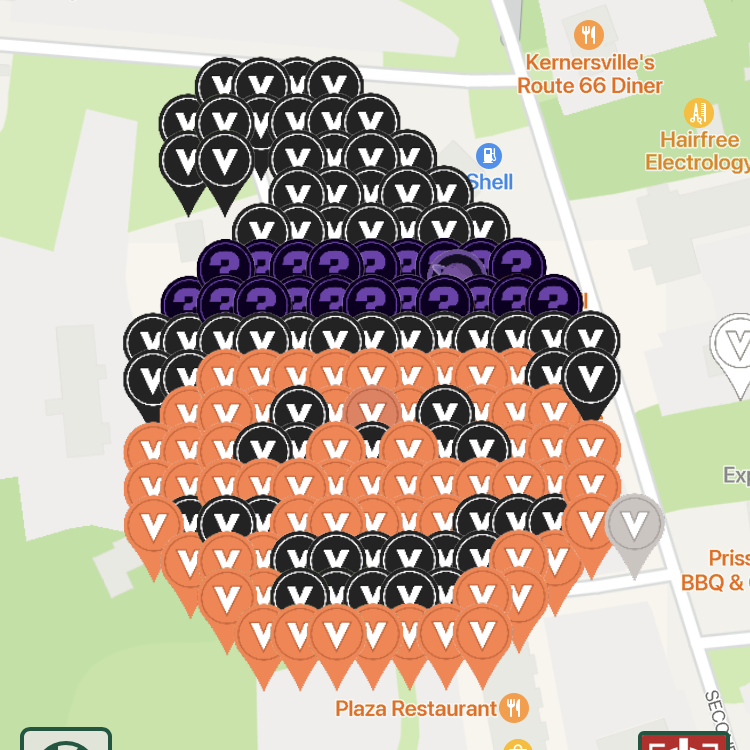 This was set up for the October 9 Halloween event and filled nicely.

A simple and cute design in the colors we’ve come to associate with Halloween! We also appreciate the use of the new Void Mysteries as the purple band around the hat, which adds variety and will certainly attract nearby players who haven’t had the chance to cap any yet!

This beautiful bug is made up of all the virtual Jewels, except Emeralds as those are only deployable in designated Emerald gardens. We think the Night Vision Goggles make even better eyes than Emeralds!

Here’s a note from a player who designed this garden:

Garden is dedicated to local players in Bratislava, who often go out to streets after dusk, chasing specials and bouncers.
Night-time munzeeing is much easier in the city, thanks to quiet traffic compared to rush hours.
Garden was created during 2nd wave of COVID-19 pandemic, when we’ve been locked at our homes after dark by government restrictions.

We thought this jeweled moth was the perfect partner to the Witchy Pumpkin due to its similar color scheme! Also, “Black Moth 💀 Squad” just has a really cool ring to it — sounds like a special branch of ZeeOps agents! 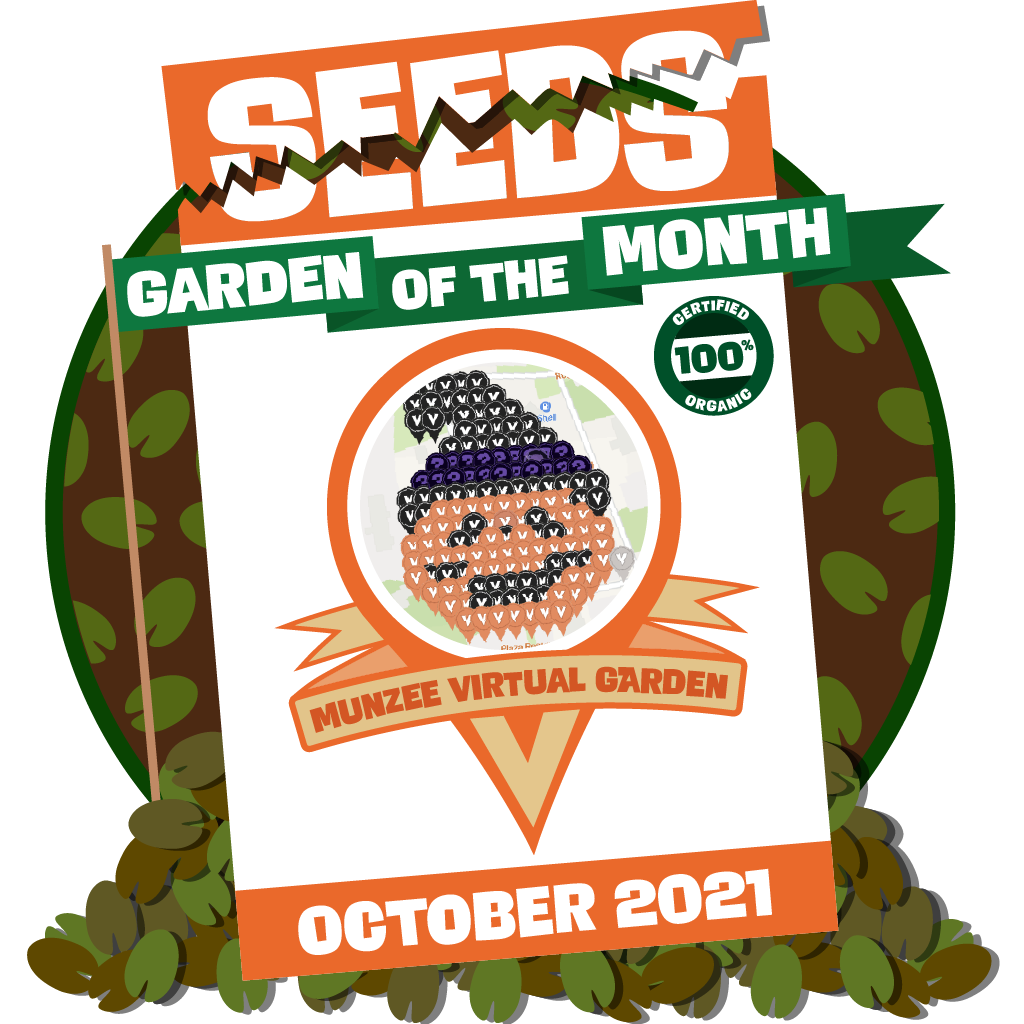 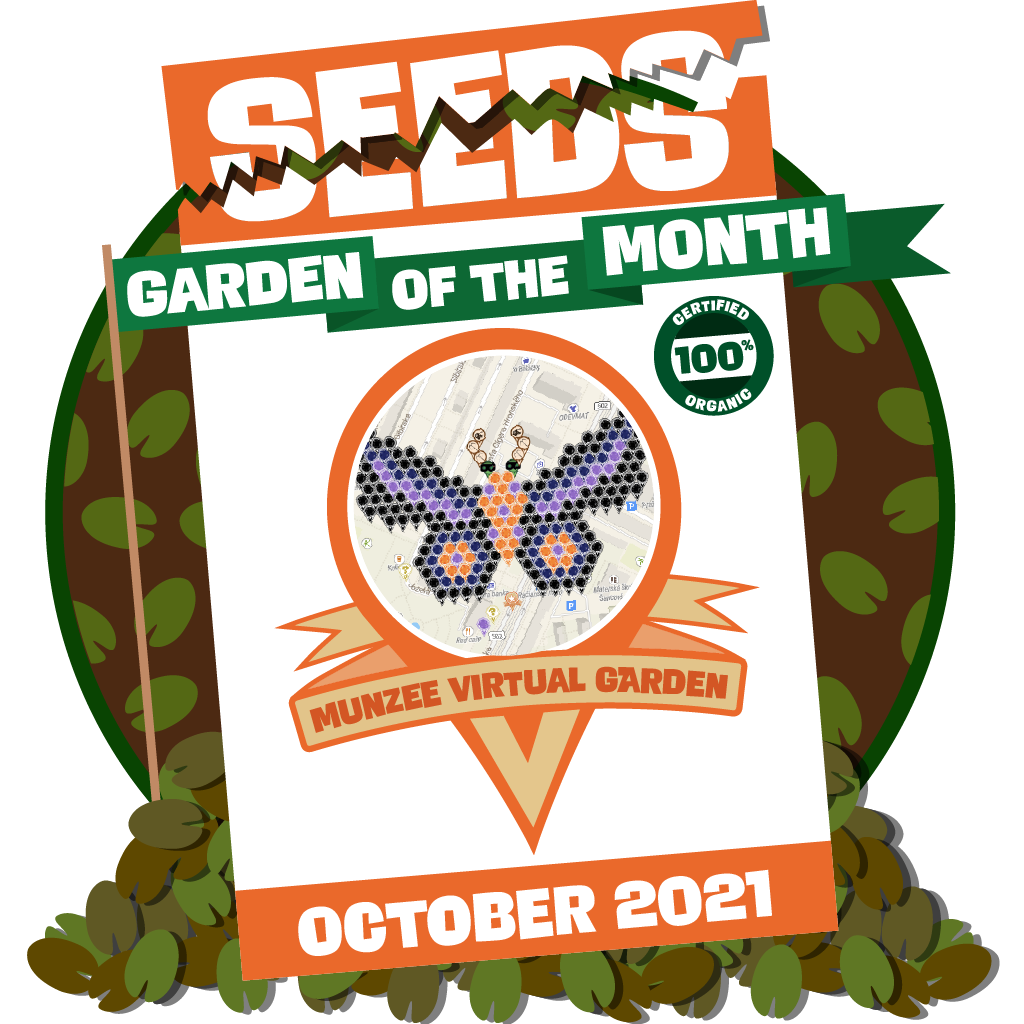