As Munzee has grown over the years, the game has evolved in so many more ways than any of the co-founders could have imagined. We’ve certainly had our fair share of growing pains, but in its essence Munzee has tried to stick to its core goal of getting people out into the world. No one knows this better than those players who have been with us since the beginning. This week’s Player of the Week is, Brian Glaski (cachewhisperer). 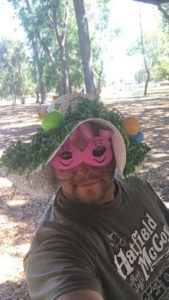 Who are you?
Brian G. aka cachewhisperer

Where in the world do you live?
Currently Orlando, FL

How long have you played Munzee?
I have been a member since 2012

How did you find Munzee?
I was on a road trip with War1man and Rosieree to WV for a Hatfield and McCoy Tour hosted by some great friends. Every now and then along the way, Warren would find a munzee nearby and run back to the car to grab his phone. That night, at dinner in a local restaurant, there was a QR code on a ketchup bottle. Making a joke to YankaBucs about scanning the ketchup munzee, it turned out to be worth 1 point. I was shocked and downloaded the app. That ketchup bottle was my second munzee scanned after a regular virtual.

What do you most enjoy about Munzee?
I enjoy the walking aspect of the game. I’m very competitive with points, but I will never let the original intention of the game to get people out walking for exercise to escape me. 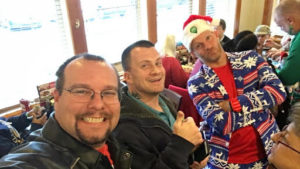 What is on your wish list?
One day, I would like to get over to Europe and see where their Munzee trails bring me. Or maybe even a clan war month with no virtual captures/CapOns. Just physicals. I like a challenge.

Tell us about yourself!
I am a paramedic working my way up with training and experience and eventually have a goal of becoming a firefighter/paramedic in NH.

Other hobbies include:
From time to time I do enjoy taking out the golf clubs and smacking a few around. My game has improved quite a bit lately, so if MHQ is up for a challenge… Haha. 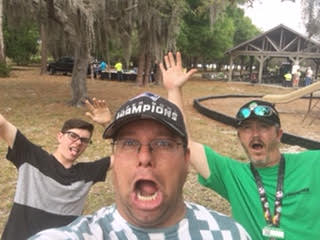 Any last words?
Isn’t this what they ask you before pulling the switch on the electric chair? I’d like to say thanks to the MHQ staff for all that they do. It’s not an easy job pleasing everyone, but there are many that appreciate what you do.

cachewhisperer has included a social, so cap away! 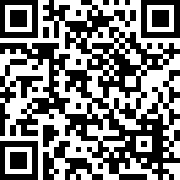