As Munzee has grown over the years, the game has evolved in so many more ways than any of the co-founders could have imagined. We’ve certainly had our fair share of growing pains, but in its essence Munzee has tried to stick to its core goal of getting people out into the world. No one knows this better than those players who have been with us since the beginning. This week’s Player of the Week is Carol VandenBrock (Jafo43).

Who are you?
Hi, I’m Carol VandenBrock, and my player name is Jafo43. That comes from an old movie called Blue Thunder and my love of Richard Petty. January 2017 was the first month of Sunshine State clan and it is local to me, so I switched clans so I could Munzee with local clan members. Before that, I was in the Munzee Meatballs clan. They are also all my friends, and I have met almost all past and present members.

Where in the world do you live?
I’m originally from the Camden/Lincolnville area in Maine, but I’ve lived in Brandon, FL, USA since 1977. Brandon is in the Munzee Belt which goes from the west coast of Florida, through central Florida to the east coast of Florida. We have become part of Munzee destination trips.

How long have you played Munzee?
My husband, Mike, and I started playing in mid-January 2013.

How did you find Munzee?
We both retired on October 11, 2012 and started to take daily walks. One day, we saw a tag hanging in a tree, and it was one of the original game pieces (which I miss). We looked it up when we go home and decided to give it a try. We were once concerned we would run out of munzees to capture, and now, the concern is where else around here can we deploy and if I will ever clear the map.

I like to munzee with my friends. I like the exercise and meeting new people and friends at events and while traveling. Also, I really like Eventzee!!

Tell us about yourself!
I married my soulmate, Mike VandenBrock, in 1980 right out of HS. I’ve worked several jobs, but my last job was working at a hot dip galvanizing play for 31 years as a customer coordinator doing quotes, etc. We were happily married for 35 years and retired for 3 years until I lost my hubby in October of 2015. He died from pneumonia and multiple myeloma. I was, and still am, devastated by his loss. My munzee friends were there for me in many, many ways. I am thankful for all of them for their support, sympathy, and friendships. We started playing Munzee together as Jafo43. Then, the Munzee Meatballs clan we were in was in need of another player, so I started playing as Jafo44. After Mike dies, I went back to our original account to play.

Other hobbies include:
Who has time for other hobbies? You should see my reading backlog!!

Any last words?
Yes, I would like to thank those who nominated me. I am honored, excited, proud, and downright tickled pink!!!

Jafo43 also included some socials, so cap away! 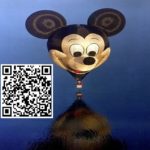 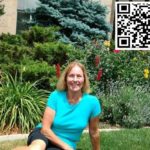 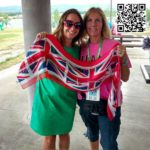