As Munzee has grown over the years, the game has evolved in so many more ways than any of the co-founders could have imagined. We’ve certainly had our fair share of growing pains, but in its essence Munzee has tried to stick to its core goal of getting people out into the world. No one knows this better than those players who have been with us since the beginning. This week’s Player of the Week is Claudia Patterson (geomsp).

Who are you?
Claudia Patterson, aka geomsp.

Where in the world do you live?
Largo, Florida

How long have you played Munzee?
I downloaded the app on May 24, 2012 and over the next couple years dabbled in the game. I became obsessed in 2014!

How did you find Munzee?
I saw a tree hanger hanging from a tree, and as they say, the rest is history.

What do you most enjoy about Munzee?
I LOVE the people! I have met so many terrific new friends through this game. Most everyone is super friendly. I love heading out in the morning and discovering where I end up at the end of the day. I especially love that you can play the game your way. While we were younger, we enjoyed the physical munzees, but now it seems the majority of the captures are virtuals. It still takes us to some wonderful new places. Events are a plus!! So much fun!

What is on your wish list?
I would love to be in the top 100 players! I have been as close as 111, but I can’t seem to break into this elusive group. 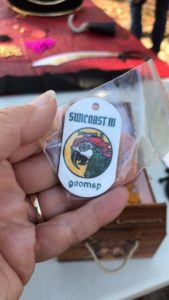 Tell us about yourself!
My husband (geopepi) and I live in Largo, FL, and we munzee together. I took early retirement in 2008 so I would have time to munzee.

Any last words?
Keep up the good work! I love the new munzees that are introduced. Keep them coming! A special thanks to whoever nominated me. What an honor.

geomsp also included a social, so cap away! 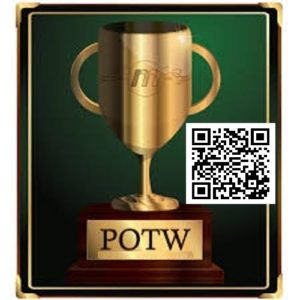 Go To Battle With The Ogre AlternaMyth!
New Online Store!