As Munzee has grown over the years, the game has evolved in so many more ways than any of the co-founders could have imagined. We’ve certainly had our fair share of growing pains, but in its essence Munzee has tried to stick to its core goal of getting people out into the world. No one knows this better than those players who have been with us since the beginning. This week’s Player of the Week is Cleo Nordquist (QueenofDNile).

Who are you?
I answer to several monikers; Chilly to my family, Queen to my caching friends, QueenofD’Nile to the Munzee community, and just plain Cleo Nordquist to the rest of the world! My avatar and photo stand in is known an QoD!

Where in the world do you live?
I live in Lindale, TX, which is nestled in the Piney Woods of East Texas.

How long have you played Munzee?
I signed up in March of 2012 and started capping the minimal munzees deployed in my hometown area for the next year. I became a Premium Member in July 2013 and started to deploy! The next month, BACON came to the map, and my addiction became incurable!

How did you find Munzee?
I first found out about Munzee at the 2012 Texas Challenge where Munzee has a cool LEGO QR Code set up. Although I couldn’t get my smart phone to act very smart that day and let me scan it, I was able to sign up.

What do you most enjoy about Munzee?
The people I have met. Especially, my red-headed Munzee enabler! I enjoy meeting up with fell Munzers in order to walk trails and “Grow the Map”. The addition of events has made gathering together and socializing even easier and more fun. It has “forced” me to drive so many miles in the last year that I wore out a set of tires all because there might be a special, badge, or icon just a “short” drive down the road.

Tell us about yourself!
A short history of my life – I was born in Alaska, adopted, and moved to Minnesota. I spent a few years working as a missionary in Mexico, and now I live in Texas! I have a BA in History, which means I know enough about history to get into many arguments with non-history majors! I have 2 furry babies, aka cats, Calliope and Obsidian, both of whom get mad at me when I leave them for long periods in order to go caching and Munzeeing.

Other hobbies include:
When I am not spending time with family and friends, I am either crocheting, painting, coloring, caching, reading, or playing WallaBee.

Any last words?
Dum spiro, spero. I wish to thank whoever nominated me, as I believe you deserve this honor more, and I am humbly honored!

QueenofDNile has included some socials, so cap away! 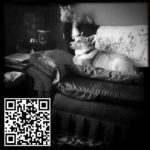 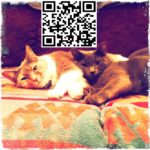 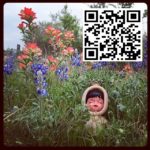