As Munzee has grown over the years, the game has evolved in so many more ways than any of the co-founders could have imagined. We’ve certainly had our fair share of growing pains, but in its essence Munzee has tried to stick to its core goal of getting people out into the world. No one knows this better than those players who have been with us since the beginning. This week’s Player of the Week is David Smith (djsmith).

Who are you?
My name is David Smith, Munzee name djsmith (a lot of thought went into that).

Where in the world do you live?
I come from Lake Macquarie, North of Sydney and South of Newcastle AUSTRALIA. It has good weather all year round which is great for munzeeing.

How long have you played Munzee?
I have just completed my first year of munzeeing, and it has gone from capping one or two to being in a clan (Hunter Munzee Hunters). It is a group of local players who aim to push ourselves further each month to achieve higher levels. By having local players, we have helped grow our area quickly, making it more fun.

How did you find Munzee?
A year ago, my son’s cub scouts group had a father day (night) at Rathmines, and we were all instructed to load this funny named “Munzee” app on our phones before arriving. The leader, who had only played Munzee for a week or so, had put out 10 munzees and instructed us (SORT OF) on what to do. We went out into the dark to find them, and two hours later, we had won, and I was very interested. A couple of weeks later, I was in Sydney and decided to cap a couple, and “bisygisy” tracked me down and showed me a few things like turning on the filters. Wow, did Sydney look a whole lot different! (Thanks for your help!) A couple of months later, I was in Sydney again and was tracked down by “GD”. This time, he talked me into joining the clan he was in, and from there on out, I was hooked. I would also like to thank “czechroo” for his help and guidance in the game.

What do you most enjoy about Munzee?
I love meeting other players, listening to their stories, and hopefully learning new things. I love playing the game and working out strategies with the clan. I go out of my way to help other Munzee players when I can, especially new players, as others have done for me. We have a great clan in Newcastle with terrific people in it. We are trying new things all the time. For example, we held a Birthday Event which turned out to be an interesting one with players coming from Victoria. Unfortunately, with the time difference between the USA and Australia, I got the date wrong, so we had a real find the munzee without a map. All went down well and everyone had a good time. We have also tried creating a garden which was fun. You can check that out here.

Tell us about yourself!
I am an office fitout contractor, and I do a lot of traveling around the state for work (and Munzee). I have a wonderful family with two boys that also play Munzee.

Other hobbies include:
Hmmm Eventzee.

Any last words?
I am working on how to get the Victorian Australia Day event next year. There is a big rumour that Rob is coming down under, so it will be the biggest event Australia has ever had. Rob, are you really coming down under????

Thank you for nominating me for POTW. I was very shocked and humbled by the nomination. Looking forward to meeting other players on my Munzee journey!

djsmith also included some socials, so cap away! 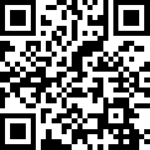 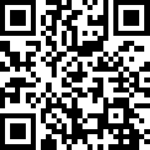