As Munzee has grown over the years, the game has evolved in so many more ways than any of the co-founders could have imagined. We’ve certainly had our fair share of growing pains, but in its essence Munzee has tried to stick to its core goal of getting people out into the world. No one knows this better than those players who have been with us since the beginning. This week’s Player of the Week is Deb Carter (Debolicious). 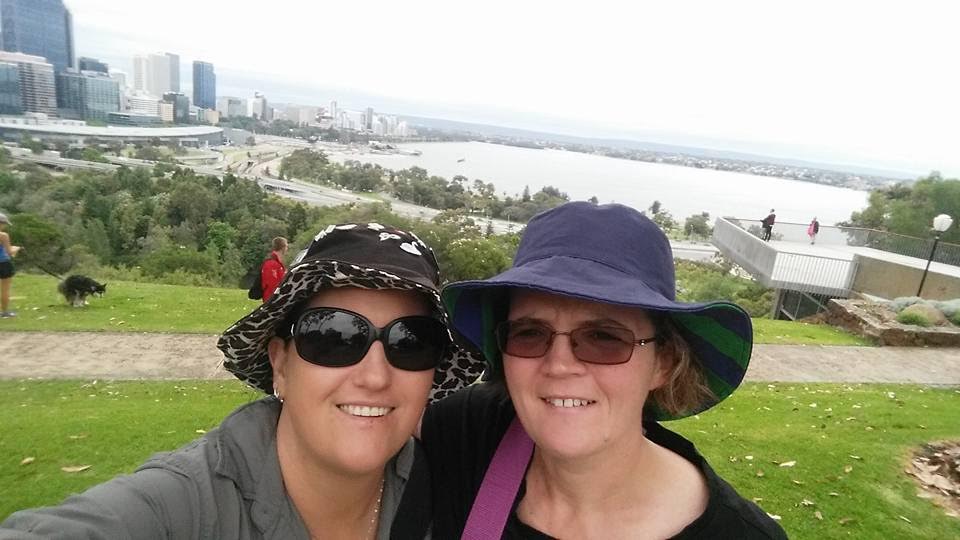 Who are you?
Hi, my name is Deb, and my player name is Debolicious. I’m a truck driver, and I am Munzee crazy. My long-suffering husband and I travel around Australia, so Munzee is the best for finding new places and exploring. I would have never seen the things I’ve seen if it wasn’t for #Munzee.

Where in the world do you live?
I live in Mackay. It’s in the beautiful tropical north of Queensland, Australia. I have only just returned from 3 years away, and I am trying my best to get more players. I am growing the map here quite quickly.

How long have you played Munzee?
I have been playing for about 3 years.

How did you find Munzee?
My best friend of 35 years Jody (nomadicjp) got me into it when Nicki (nicdchick), a lay she worked with, showed it to her. At the time, I was living in Mackay. I then moved to Perth, Western Australia and got to meet Nicki. I am now very good friends with her and a lot of Perth Munzee people. I got crazy about Munzee in Perth. That is where I learned a lot about Munzee, including the rules. Who would have thought there was a code of conduct?

What do you most enjoy about Munzee?
Being outside. I love trails in the bush the most, but sadly, I have found that most players are after quick points and tend to just UTL the well hidden ones. I love how Munzee takes you places that you would never have found it it wasn’t for the game. Now, i try to deploy in areas that I find enjoyable, places where visitors would like to see, and especially hidden spots that the average traveler would not generally find.

What is on your wish list?
I wish not to live in a places that had very few munzees and not many players (told you I am Munzee crazy). I also wish the most for an easy way to get the word out to new players in my area. Because Munzee is a business, I am finding it hard to get people to help me advertise it. I would also love for MHQ to create an all use flyer we could print off that would have all the details about the game on it since some of us don’t know how to use Photoshop. Maybe even a Zombie evolution series.

Tell us about yourself!
I would have to say the most exciting thing about my life are my awesome friends whom spoil me to no end. The highlight of my life was not only meeting Rob and Louise in real life but having some of my friends surprise me at the recent Australia Day event in Melbourne. I would like to think I’m pretty awesome, and my theory is I have lots of awesome people in my life, so if like attracts like, I too my be pretty dang awesome. 🙂 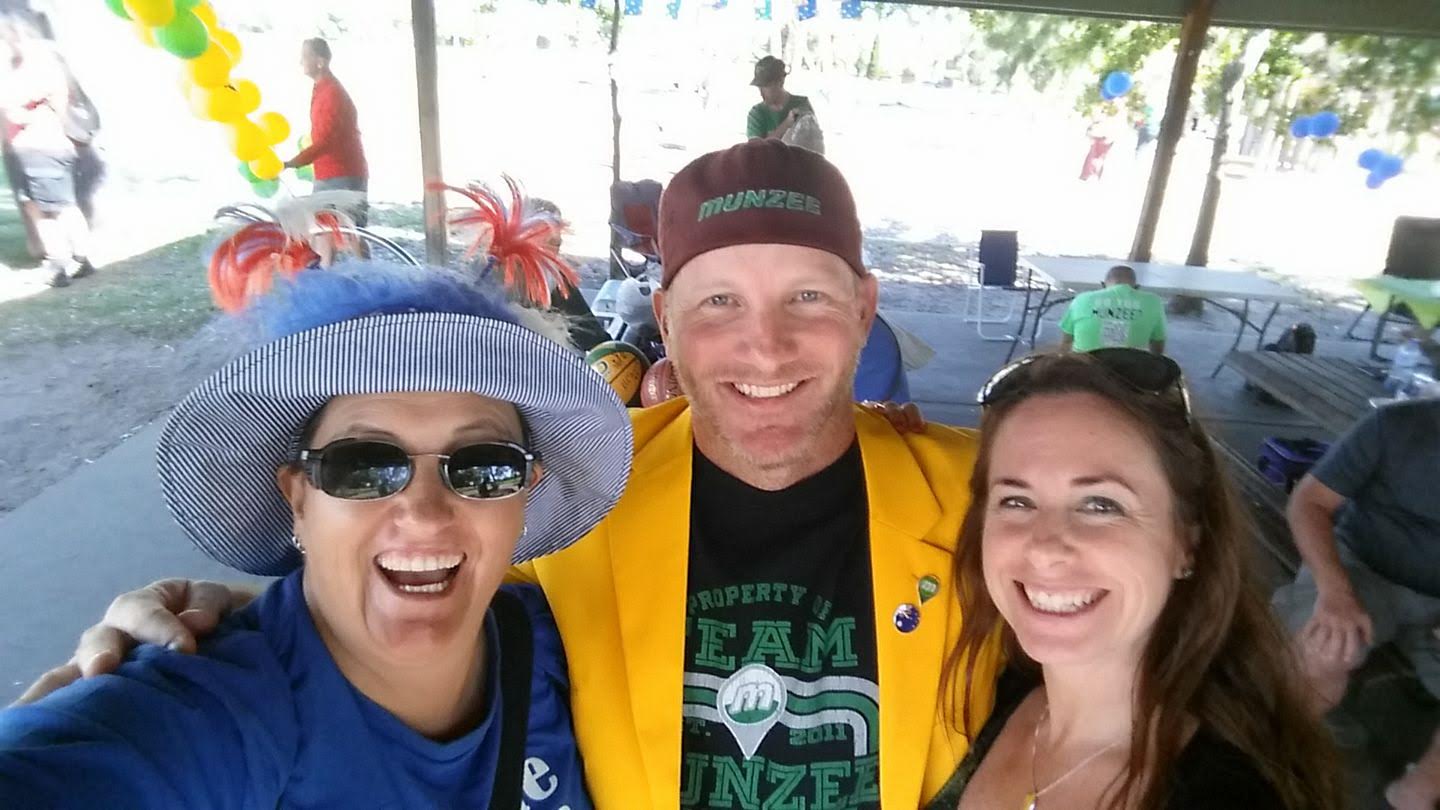 Other hobbies include:
Munzee, Munzee, Munzee. I used to dabble in photography, but now all of my time goes to Munzee and #GrowTheMap. I do love a good hike, and if I’m hiking, I;m usually struggling to breathe, so I don’t munzee on those trips. Ha ha. My other interests I guess are trying to be healthy and living a good, clean life. I have recently discovered I love cycling. Did I mention Munzee?

Any last words?
A shout out to my Munzee faves Brenda (Bewrightback), Julie (julesbeus), and Nicki (nicdchick). All from Perth and all whom I miss dearly living on the wrong side of the country. I’m pretty sure these are the ladies who nominated me. I am so super excited to be nominated and have a title. Thank you so very much, Munzeeland. I don’t know what I would be doing without you. xx #E1EW 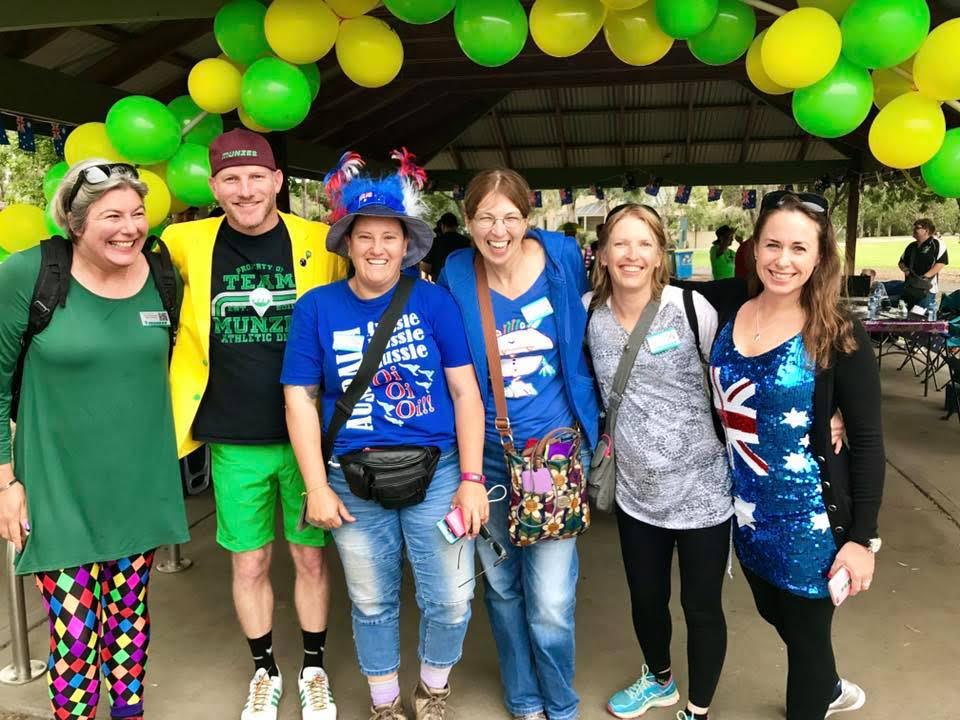 PS: A link to my garden if you would like to throw a Virtual at me 🙂

Debolicious also include some socials, so cap away! 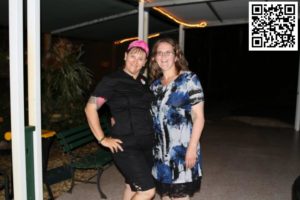 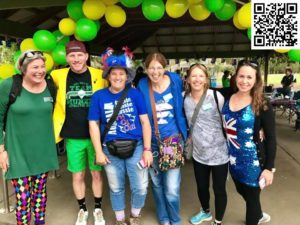 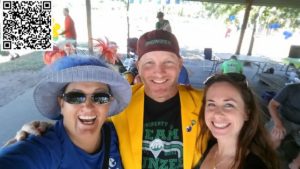