As Munzee has grown over the years, the game has evolved in so many more ways than any of the co-founders could have imagined. We’ve certainly had our fair share of growing pains, but in its essence Munzee has tried to stick to its core goal of getting people out into the world. No one knows this better than those players who have been with us since the beginning. This week’s Player of the Week is Derek Barker (eigerman).

Who are you?
Derek Barker – eigerman

Where in the world do you live?
I live in Eccleshill, Bradford, West Yorkshire, UK.

How long have you played Munzee?
Started in September 2012.

How did you find Munzee?
I started playing another game in May 2012 and kept finding QR codes in the containers, but I had no idea what they were as I didn’t have a smartphone at the time. This went on for several months until my son-in-law was out with me one day. He had an iPhone and looked up the details of the QR code. As a result, I joined Munzee, ordered a smartphone, and the rest is history as they say. If I remember correctly, my first day out Munzeeing was also a double point weekend, bearing in mind that there were very few munzees deployed in our area at that time. Needless to say, the fun had started.

What do you most enjoy about Munzee?
It’s a fun and easy game to play and suitable for all ages. I really like being in the outdoors and have made many new friends whilst playing Munzee. It’s great to go to events and meet players from other parts of the country.

What is on your wish list?
I would love to visit some of the big virtual fields in Europe.

Tell us about yourself!
I was born and raised in Yorkshire. I am married to Lesley, and we have 2 children, Clare and Andy who are both married now, and 4 grandchildren. My eldest grandson, Jack, is also a keen Munzee player. I worked in the communication industry for 25 years and then spent 10 years with a computer supply company. I retired early due to ill health, and during my recovery period, I realised that I need to get back outdoors for some much needed exercise. As a result, I started caching, but Munzee soon followed and has remained a firm favourite.

Other hobbies include:
Walking or anything to do with the outdoors, reading mountaineering stories, and model railways.

Any last words?
I would like to say a big thank you to my fellow players for this nomination. We have an amazing team in our local group – Yorkshire Munzee Hunters. I look forward to seeing our group grow and can’t wait for our next event.

eigerman also included some socials, so cap away! 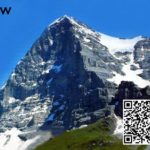 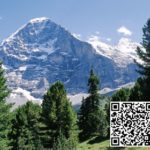 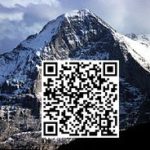 Flat Robs Are on the Map This Weekend!
Thanksgiving 2016 Special