As Munzee has grown over the years, the game has evolved in so many more ways than any of the co-founders could have imagined. We’ve certainly had our fair share of growing pains, but in its essence Munzee has tried to stick to its core goal of getting people out into the world. No one knows this better than those players who have been with us since the beginning. This week’s Player of the Week is Eddy Visser (BigLion). 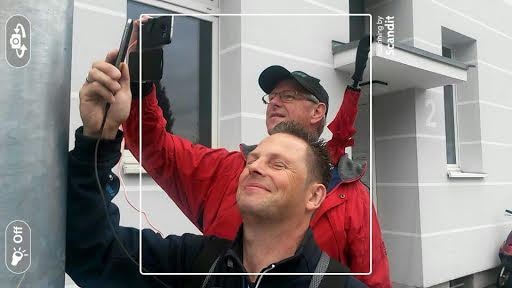 Who are you?
I’m Eddy Visser, and my Munzee username is “BigLion”.

Where in the world do you live?
I’m living in a very little town call Azelo, and it’s located in the east of The Netherlands.

How did you find Munzee?
I was playing another GPS game and saw a small sticker near by the location where I found the box. It made me curious because it said “Scan me for points” (it was one of the old fashioned types). Score points? Hmmm. That’s fun, and yes, a new addiction was born.

What do you most enjoy about Munzee?
Going outside for a long distance walk or taking my bike. I recently bought an E-Bike, so I can go further away. It’s the tactical and strategic gameplay of Munzee with so many variations that gives me so much enjoyment.

Often we go for a long day with more Munzee friends to a city where big virtual fields are deployed such as Cologne or Paderborn in Germany or Amsterdam (Netherlands) and we have a great time there. But nost of all, it is the joy of meeting so many players from other countries. 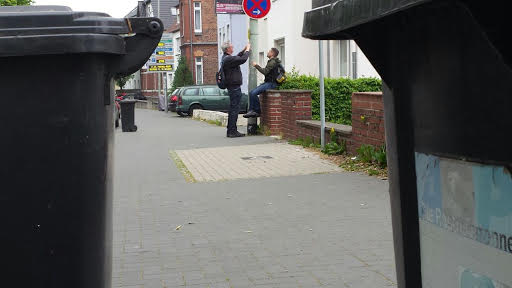 What is on your wish list?
There are some things on my wishlist. Munzee visits to Prague, Berlin, Budapest, and London. I have an idea of making an arrangement to travel with a touring car with a big group of plyers for several days to Prague or Budapest. Maybe sometime…

Another personal wish is to score 100 Myths in one day. Doing that in The Netherlands is not easy.

Tell us about yourself!
Well I was born in 1960 and married in the late 80’s. I’ve got two great daughters who are grown up now and living on their own. I divorced 15 years ago. After that, I had some short relationships, and now I’ve had Anita in my life for more than 6 years. In June this year, I moved into her house. My daily profession is corking in the ICT as System & Application Administrator. Seconded to a customer for more than 10 years now. The alias “BigLion” is a combination of my “2m-length” and “zodiac sign lion”. I’ve used that avatar for many years. 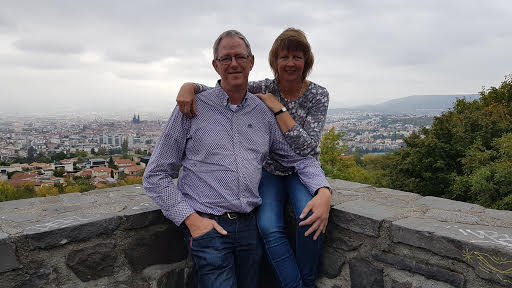 Other hobbies include:
Searching for caches since early 2008. Every Thursday I go out with a good friend of mine to find several caches. I’ve found over 6,000 at this time.

Listening to good much and collecting, specifically the sound of Pink Floyd and, of course, our Ilse DeLange. You should really listen to her beautiful voice and her own written lyrics are very touching.

Any last words?
Thanks to the players who nominated me for POTW. Great! And thanks fo MHQ for making this special game. One little wish from me: Give the scatered specials free for capturing on your own munzees. In areas where few players live, these specials are almost never captured.

BigLion has also included a social, so cap away! 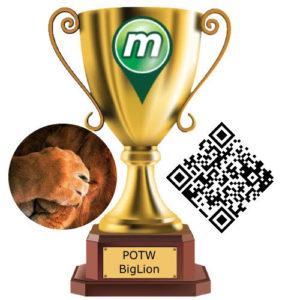