As Munzee has grown over the years, the game has evolved in so many more ways than any of the co-founders could have imagined. We’ve certainly had our fair share of growing pains, but in its essence Munzee has tried to stick to its core goal of getting people out into the world. No one knows this better than those players who have been with us since the beginning. This week’s Player of the Week is Garry Robertson (WetCoaster).

Who are you?
My name is Garry Robertson, known in Munzee as WetCoaster. I live on the west coast of Canada, and it rains a lot.

Where in the world do you live?
I live in Surrey, British Columbia, Canada with my wife and two daughters.

How long have you played Munzee?
I started playing on 24 August 2012.

How did you find Munzee?
I heard about Munzee listening to a GeoGearheads podcast. I was already finding Tupperware in the woods, and this sounded interesting.

What do you most enjoy about Munzee?
Munzee allows me to get out for long walks and have something to keep my mind active at the same time. As a Type II diabetic, I need to get out and be as active as I can, and Munzee helps me do that.

What is on your wish list?
Collect them all, of course. Actually, I’d like to see Munzee grow even more than it has in this area. The growth of Munzee and players in the Vancouver area has been amazing the past couple of years, but there are still a lot of places without anything to capture. In October 2014, there were no clans based in the Greater Vancouver Area. There are now 3 clans here.

Tell us about yourself!
In real life, I work in Quality Assurance for the large engineering company building an extension to the existing SkyTrain System in the greater Vancouver area. I’m also a moderator on a G+ Community for Munzee players in Western Canada started by my friend in Edmonton, iicydiamonds. I’ve been in a clan since Clan War #15 – ‘True North Warriors’. I was about to start the first clan in the Vancouver area, but was beaten to the punch by DisneyGirl when she created ‘WestCan Canucks’. Not wanting to be left behind, I quickly jumped from my old clan, sorry iicydiamonds, and joined WestCan Canucks.

Other hobbies include:
Several (too many) other geo-location based games, gardening, and genealogy.

Any last words?
People get discouraged if they think they are the only player around. You aren’t alone. Deploy and grow the map. Send messages to the owner of the Munzee you just capped. Get on-line and ask your questions. Talk to people at other geo-location based game events. Put out a munzee at one of those events, and you would be amazed at the interest it will generate.

WetCoaster also included some socials, so cap away! 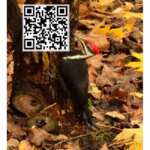 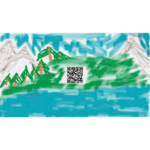 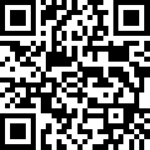