As Munzee has grown over the years, the game has evolved in so many more ways than any of the co-founders could have imagined. We’ve certainly had our fair share of growing pains, but in its essence Munzee has tried to stick to its core goal of getting people out into the world. No one knows this better than those players who have been with us since the beginning. This week’s Player of the Week is Guido Kiefert (teamkiwii).

Who are you?
I’m Guido, aka teamkiwii, and I’m married to a real angel (engel19).

Where in the world do you live?
I live in a small village near Tübingen, Germany.

How long have you played Munzee?
My was capture was on February 3, 2013. It was very cold, but sunny.

How did you find Munzee?
During a hike, I discovered a QR code and was curious. Later, I discovered the map with the many trails nearby.

What do you most enjoy about Munzee?
I love being in nature and traveling. Often, we deploy together with MIEZE and REMSTALER. From time to time, we organize great events with COSMO and TRIALBYFIRE. I am proud to be part of the clan “Schwoaba Munzeers players”. Love to all that I cannot mention by name.

The Mythologicals and Recycles let me be active in my home zone. Together with my dear wife, we have designed several virtual gardens. Our current project can be found here. Come together at Stuttgart and enjoy!

Tell us about yourself!
I am 46 years young and a freelancer. My daughter (ankie249) plays, but my some steadfastly refuses. Earlier in my life, I played soccer, and I coached a girls soccer team.

Other hobbies include:
Football (1.FC Köln) and cycling.

Any last words?
My mission statement: The journey is the reward! Thanks to all who nominated me! Love and peace! Long live Munzee!

teamkiwii also included some socials, so cap away! 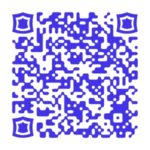 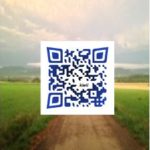