As Munzee has grown over the years, the game has evolved in so many more ways than any of the co-founders could have imagined. We’ve certainly had our fair share of growing pains, but in its essence Munzee has tried to stick to its core goal of getting people out into the world. No one knows this better than those players who have been with us since the beginning. This week’s Player of the Week is Guy Henville (RaggedRobin).

My name is Guy Henville. My Munzee name is RaggedRobin**. RaggedRobin is my chosen Munzee name as for a reason only know to me. I have a wild passion for a wild flower called “Ragged Robin”.

** The name (Ragged Robin) chosen as a Munzee pseudonym has no connection with any similar sounding cartoon character, business, person or persons in the UK or World Wide, but related to the perennial herb (Lychnis flos-cuculi).

Where in the world do you live?
I live in Webridge, Surrey UK, a town by the River Way in the Elmbridge district of Surrey. It is bounded to the north by the River Thames at the mouth of the Wey, from which it gets its name. It is an outlying suburban town within the Greater London Urban Area, 16 miles (25 km) southwest of Central London.

How long have you played Munzee?
I tried to play Munzee in the early days (2011), but as I only owned a Blackberry mobile, I was held back until I was strongly advised to change to an iPhone in 2012. So, in August 2012, I became a Premium Member and have been since then.

How did you find Munzee?
I have always had a passion for treasure hunting. One day in 2011, I was out and about looking for a hidden box in the woods near my home. I located the cache, and on the inside of the lid was a square stickers with small patterned black shapes on it. It said “Scan me for points”, and there was a website in green saying www.munzee.com. Well, I tried with my phone but nothing happened, so I took a picture of the sticker. When home, I went online and found the website. The rest, you might say, is history.

What do you most enjoy about Munzee?
What is there not to enjoy when playing Munzee? It gets you out into the world, seeing new locations and often places you would normally never visit. Munzee absorbs you into its world and gets you to feel part of its community. Clan wars is a good example, with a clan of 10 players all supporting each other and playing along together as one. I started up a clan of my own called “Elmbridge Hundred Clan of 1086”, and we are an international team of players . We have lost a few team players over the wars but we have kept up the fighting spirit with loyal core players. 1. Leea1401. ?? 2. BaDo. ?? 3. Gelad. ?? 4. J1Huisman. ?? They all started with me in 2012. And a big thank you to my other team players too..

What is on your wish list?
I am hard pressed to add a personal wish list as MHQ seems to keep the gameplay up to date regularly. We get new badges almost daily, and new Munzee game pieces, too. The Munzee Coinz have added an extra edge to the game, and I am looking forward to owning a complete series of coins, so that’s on my wish list. I would love to have a badge for the highest number of socials deployed.

Tell us about yourself!
I love socials. They are great for displaying ones own feelings in a social/sharing way.
I love the challenge and fun while being out and about. My Fitbit tracks my steps, and I have extra incentive to exercise, too.
I am currently working as a Building Surveyor for a Property Maintenance Team in Surrey near where I live, so handy with little traveling.

Other hobbies include:
My hobbies along with Munzeeing are walking, photography, architecture, and caching. I also have a passion for gadgets.

Any last words?
I would like to thank all of the Munzee team for their skill in keeping us playing and providing us all with a really entertaining game. I have added a special social to celebrate being POTW.

Cheers everyone, and keep on Munzeeing…

RaggedRobin has included some socials, so cap away! 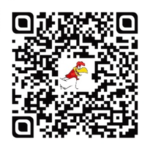 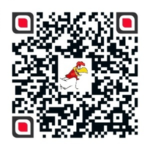 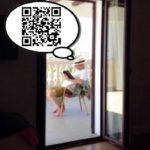