As Munzee has grown over the years, the game has evolved in so many more ways than any of the co-founders could have imagined. We’ve certainly had our fair share of growing pains, but in its essence Munzee has tried to stick to its core goal of getting people out into the world. No one knows this better than those players who have been with us since the beginning. This week’s Player of the Week is Harry ten Veen (HtV).

Who are you?
I am Harry ten Veen, from Steenwijk, Netherlands. I’m also known as Harm ten Veen on Facebook.

Where in the world do you live?
I live in Steenwijk in the northern part of the Netherlands along with a few other (more or less) active Munzee players. It was ProfPlof who had already started deploying here, and I was lucky to be able to cap a lot of his munzees.

How long have you played Munzee?
My first ever capture was on the 21st of April 2013, two greenies of ProfPlof, of course. So it’s 3+ years of Munzee activity. In those early days, my wife and kids used to join me for a few hours of Munzeeing on Sunday afternoons.

How did you find Munzee?
One time when I was exploring a pingo ruin, I found a QR sticker on the info sign. I had recently installed a QR scanner on my phone at the time, so I read the link to a website. At home, I checked it and found Munzee. It took a while until I had a phone that the app could be installed on. ProfPlof and Reej helped me in those days.

What do you most enjoy about Munzee?
Like most players, I like hunting for munzees, collecting all of the different icons and badges, trading socials, exchanging rovers, walking and exploring new regions, and being outside in the fresh air. Meeting new friends and, of course, events is what gives an extra dimension to our hobby.

I have a habit of keeping all sorts of statistics for myself like personal records and trading lists for socials and rovers. Every month, I publish the leaderboard of the Netherlands.

Following (too many) Munzee Facebook groups is time consuming, but I try to keep up.

What is on your wish list?
I like what is going on with Munzee. New munzee types, new temporary specials, and so on. On my wish list are small, mostly statistic things:

Tell us about yourself!
Born in 1955, I am 60 years of age, now. My wife is Rita (RtV), and we have two daughters: Laura (lauratenveen) and Emma (emmatenveen). For 39 years, I worked at the largest agricultural bank in the Netherlands, last as a Service Desk Coordinator at the internal ICT service desk. I had a change to quit my job two years ago.

Other hobbies include:
My greatest hobby is searching for border markers. I have walked along the complete border line between Belgium and Germany and more than half of the Dutch/Belgian border. It’s all about studying and gathering information then walking with friends along the border and crossing through whatever landscape we encounter. All my socials have border markers as them.

Also, I am an Amateur Radio Operator (for insiders: callsign is PA8KM, and I’m interested in VHF and UHF, DXing, and contesting, but I’m not very active at the moment).

Furthermore, I am very much involved in nature. I like to be outside and ejoy the landscape and plants and birds and all other creatures.

Any last words?
I am honoured to be elected a POTW and want to thank everyone that nominated me!

HtV also included some socials, so cap away! 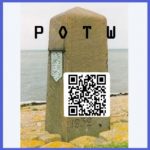 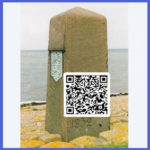