As Munzee has grown over the years, the game has evolved in so many more ways than any of the co-founders could have imagined. We’ve certainly had our fair share of growing pains, but in its essence Munzee has tried to stick to its core goal of getting people out into the world. No one knows this better than those players who have been with us since the beginning. This week’s Player of the Week is Jeen Huisman (J1Huisman). 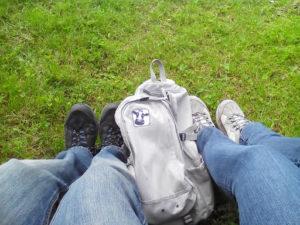 Who are you?
I’m Jeen Huisman, playing the game as J1Huisman.

Where in the world do you live?
I’m living in Zwolle, the Netherlands.

How long have you played Munzee?
Since October 2013.

How did you find Munzee?
I didn’t find Munzee, Munzee found me. Some members of the team I was working with in those days, including me, we caching. We wanted to introduce the game to another coworkers, but that coworker went googling and found Munzee as a new GPS-based game and said, “Why don’t we try this?” So we did, and bit by bit we got hooked on Munzee. So, thanks to “BaDo”, the game was introduced in the Apeldoorn region. 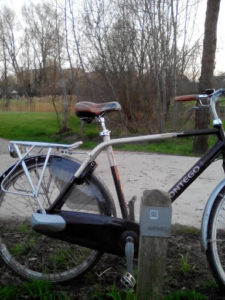 Teaming up with other players and travelling to Munzee fields together; visiting events and hunting down Mythologicals. Munzee brought me back on my bike and made me more fit again by lowering my weight by several kilos. Most captured of Mythologicals in the Zwolle region have been made biking around.

What is on your wish list?
Visiting the United States, especially MHQ in McKinney and capping exclusive local munzees. 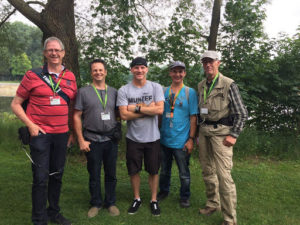 Tell us about yourself!
I’m an IT Systems and Application Administrator, happily married for over 30 years (hint, hint, did you already capture that social>>) with Hettie. She joined the Munzee community as “Pinkeltje” in July of this year. We have a daughter (Inge) and a son (Niels). I think most players will have recognized my love for the Frisian Cow in my avatar.

I’m a part of the Munzee clan “Elmbridge Hundred Clan of 1086” with English, American, Swiss, and Dutch players. 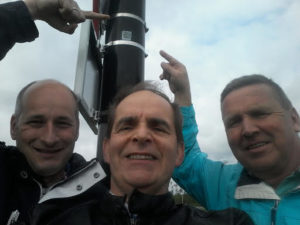 Any last words?
Many thanks to the players who wrote to Munzee for my nomination.

J1Huisman has also included some socials, so cap away! 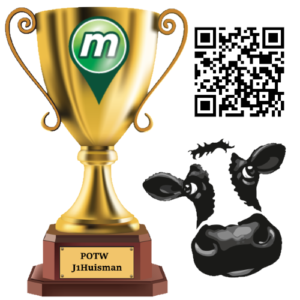 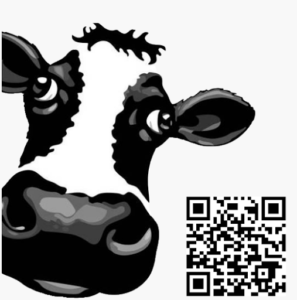