As Munzee has grown over the years, the game has evolved in so many more ways than any of the co-founders could have imagined. We’ve certainly had our fair share of growing pains, but in its essence Munzee has tried to stick to its core goal of getting people out into the world. No one knows this better than those players who have been with us since the beginning. This week’s Player of the Week is Jennifer Guyer (nyisutter).

Who are you?
My name is Jennifer Guyer. My username is nyisutter.

Where in the world do you live?
I live in St. Charles, MO, USA, which is just outside of St. Louis.

How did you find Munzee?
Originally, I learned about Munzee when my brother started hunting for codes while we were at the St. Louis Zoo back in the very early days of Munzee. I didn’t have a smart phone at the time, but when I did finally enter the world of smart phones, I asked him, “What was that game you played?” I downloaded the app and have been enjoying the game every since.

What do you most enjoy about Munzee?
My family and I have always enjoyed scavenger hunts, so Munzee is right up my alley. I love the challenge of earning points and badges and meeting clan goals. I have enjoyed getting to know the local players and playing the game with them. Munzeeing with friends is always more fun. So, of course, I also love attending and hosting events. I also enjoy encouraging and helping new players learn the game and have created a website for our local Munzee community.

I started playing Munzee shortly after learning that I have a rare chronic blood disorder. Munzee has been a great motivator to keep moving and be active despite the extreme fatigue that comes with the illness. Players even helped build a virtual garden near the hospital to give me something to cap after treatment appointments. Munzee players were also my biggest turn out at our last blood drive! (Thank you!)

Tell us about yourself!
I am a wife and a mother to three awesome young adults (just graduated the last one from our homeschool this past May) who enjoy scavenger hunts as well and will occasionally accompany me in my crazy Munzee obsession!

I am a childcare worker at our church and am also very involved in a children’s ministry called Awana.

I love to read and recently got to fulfill my dream of being a librarian by opening my very own Little Free Library! Not only do I get to share my love of books, but I get to introduce others to my favorite geo-location games! My
library includes several munzees and a hidden cache, as well as being a part of several other geo games. My library has a small box for payers to exchange munzee stickers with other area players so it is somewhat of a munzee central.

Other hobbies include:
I love to read, watch hockey, travel, maintain my library, hike, camp, hunt for things like munzees, caches (found my 300th cache in McKinney, a CoachV cache), the 250 birthday cakes our city placed for their birthday, and play Eventzee! I love to be outdoors and try to grow things and watch the birds. I am still trying to get the hummingbirds to trust me enough to eat out of my hand feeder.

Any last words?
Thank you to those who nominated me for this great honor! Let’s keep growing the map and having fun! Munzee on!

nyisutter also included some socials, so cap away! 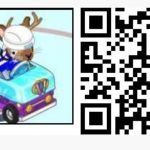 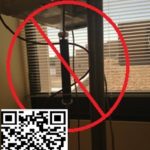 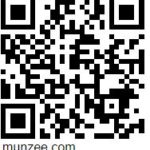