As Munzee has grown over the years, the game has evolved in so many more ways than any of the co-founders could have imagined. We’ve certainly had our fair share of growing pains, but in its essence Munzee has tried to stick to its core goal of getting people out into the world. No one knows this better than those players who have been with us since the beginning. This week’s Player of the Week is Jirka Kallio (Jigge).

Who are you?
I’m Jirka Kallio, but my friends call me Jigge.

Where in the world do you live?
I live in Orimatila. It is a little town in Finland with about 16k people.

How did you find Munzee?
The first time I heard of Munzee was in a Finnish cache forum. My friend Eemeliz1 also played and told me about it. He helped me and showed me how to make my own munzees and deploy them. When I started, there were about twenty greenies and one broken diamond. We worked hard, and now there are a few more you can cap. 🙂

Tell us about yourself!
I’m 33 (maybe 34 when this comes out). My birthday is 3/24. (Editor’s Note: Happy (early) Birthday, Jigge!) I’m single with no kids, so I can play Munzee whenever I want ( like going Unicorn hunting in the middle of the night 😉 ).

I’m a bartender, but I’ll be changing jobs in the next month. My next job will be in a large warehouse where I will be driving a forklift. I’m very excited for it.

I also work with kids and teens as a support person, similiar to a Big Brother. We do things like bowling, rock climbing, going to movies, and so on. I also help them with school work.

Other hobbies include:
Munzee is the biggest thing in my life at this time, but I also like walking/hiking in the forest and taking pictures there. Sometimes I go bouldering or rock climbing with my “little brother”.

Any last words?
Thank you to everyone who nominated me for Player of the Week.

P.S. – Rob, when are you coming to see our beautiful country? 🙂

Jigge also included some socials, so cap away! 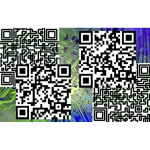 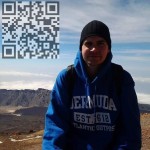