As Munzee has grown over the years, the game has evolved in so many more ways than any of the co-founders could have imagined. We’ve certainly had our fair share of growing pains, but in its essence Munzee has tried to stick to its core goal of getting people out into the world. No one knows this better than those players who have been with us since the beginning. This week’s Player of the Week is Maria Dahlin (Questing4).

Who are you?
Maria Dahlin AKA Questing4. Currently a member of the Bushrangers clan.

Where in the world do you live?
I live in Brisbane sub-tropical Queensland. I am married with 2 kids and 2 Staffordshire bull terriers. The dogs come munzeeing with me, the kids rarely, and my husband never, but he will wait in the car while I go hunting!!!

How long have you played Munzee?
I started in May 2012 (missed out on the Early Bird badge) but didn’t really get serious until July 2013. I was trying to juggle finding plastic boxes at the same time and ended up deciding I liked munzeeing so much more.

How did you find Munzee?
My sister Helen (AusTrackers) and her husband Gary (Auscapee). Thanks, Helen, for another obsession!

What do you most enjoy about Munzee?
EVERYTHING – The people that you meet, the different types of munzees, events, the fact that you can play the game any way you like — you can have an easy going level one clan or a hard hitting level 5 clan. My sisters, AusTrackers and CrazyLadyLisa, live in Perth, so we make a point of an annual get together at another capital city in Australia and munzee together. When you all have a common interest, it makes for lively discussions! We then get to see other areas of the country, and you talk to each other so much more walking around the streets with no distractions from TV and electronic devices. LOL.

What is on your wish list?
I would love a physical leaderboard as well as an overall leaderboard. Other than that, I just hope MHQ keeps on mixing things up. How they keep coming up with ideas is amazing. I also want to go to Europe. Man, don’t they have some virtuals over there.

Tell us about yourself!
Iam 50 (yuck) but did go to Texas to meet the MHQ staff as a present to myself on my 50th birthday. Thanks to CLL for doing the driving. They drive on the wrong side of the road other there. I have been married for 23 years and have 2 amazing children, Anna (21) and John (18), and a long suffering husband. I have worked for the same company since I was 15, and I will probably die at my desk.

Other hobbies include:
There are not enough hours in the day for other hobbies. I do try to squeeze in genealogy occasionally (another thing AusTrackers got me addicted to).

Any last words?
I am surprised and feel very privileged at the nomination. We have a small Munzee community in Brisbane, and they are all wonderful people. I am sure they think I stalk them. I would like to thank whoever nominated me.

Questing4 also included some socials, so cap away! 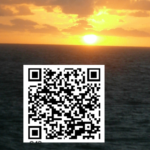 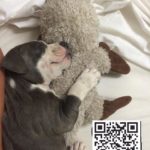