As Munzee has grown over the years, the game has evolved in so many more ways than any of the co-founders could have imagined. We’ve certainly had our fair share of growing pains, but in its essence Munzee has tried to stick to its core goal of getting people out into the world. No one knows this better than those players who have been with us since the beginning. This week’s Player of the Week is Mark Case (markcase).

Who are you?
Mark Case, player name: markcase (yea, real original, I know).

Where in the world do you live?
In a little corner of the southeast section of the North American continent in a small, out of the way section of North Carolina. If you follow NASCAR, then you might have hear of our home town legend: RIchard Petty. I live 1/2 mile from him.

How long have you played Munzee?
Actually, I signed up in the first year. When I looked at the map, I saw one munzee as far as I could zoom out. Went to look for it and could never find it.

How did you find Munzee?
I played on occasion with Ranger Fox when he would find one when we were playing another GPS game, I would scan it. I went with Ranger Fox on a trip to Nevada to sign containers on one of the largest runs in the world. Hans415 was our host. He showed us Munzee again, gave us some to deploy, and we did. That following December, I found one of the QR codes he gave me in my wallet and decided to look at the map again, and WOW! Someone deployed some nearby! I started to play again. Since my family would go looking for containers, they went with me to scan QR codes. That’s how the family got going.

What do you most enjoy about Munzee?
It is fun. It is easy. When I show others how to play this and other location based games, 9 out of 10 times they like Munzee better. It is easy to get people together and have cap and deploy parties.

What is on your wish list?
Actually, three things: 1) Be where a Flat Rob garden is WHEN they are on the map! 2) Cap an Emerald Garden. 3) Visit MHQ

Tell us about yourself!
I am a Boy Scout Eagle Scout from 1978. My three sons are all Eagle Scouts as well. I enjoy anything to do outside: garden, hike, camp, tend my bee hives, cache, Eventzee, and,

of course, MUNZEE! I sing in our choir and have been on the praise team and men’s ensemble group. I am a foodie: love to cook, and yea… eat. I like to experiment on new gluten free meal ideas for my wife and son. Happily married for 28 years (my wife might admit to maybe 15 happy ones 😉 ). I have three sons and two grandchildren. I am a high school physical science teacher and past president of the state science teacher association. I volunteer with the Discovery Education Network (DEN) and have lead seminars on using Munzee in the classroom.

Other hobbies include:
I think I mentioned them above: sing, garden, hike, bee keep, cook, cache, Munzee, Eventzee, oh, heck, I am just eclectic.

Any last words?
I love to help others. If I can help you put Munzee in your classroom, scout troop, or make a virtual garden, ask. Not sure who nominated me, but I am honored. Thank you.

markcase also included some socials, so cap away! 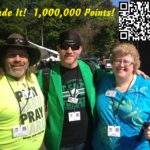 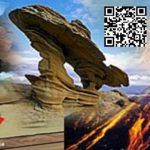