As Munzee has grown over the years, the game has evolved in so many more ways than any of the co-founders could have imagined. We’ve certainly had our fair share of growing pains, but in its essence Munzee has tried to stick to its core goal of getting people out into the world. No one knows this better than those players who have been with us since the beginning. This week’s Player of the Week is Marko Lehtonen (matanome).

Who are you?
My name is Marko Lehtonen. In the Munzee world, I’m known as matanome. I’m married with two children. At first, our whole family played with the same account, but nowadays, my daughters have their own accounts. My wife, Tarja, still sometimes plays with me on the same account.

Where in the world do you live?
I live in Turku, Finland. To those of you who have never heard of Finland, it is a land of a thousand lakes situated in northern Europe. Turku is a beautiful city on the southwest coast of Finland. In Turku, we have a great amount of different types of munzees, so each and every one of you is most welcome here to play with us! Feel free to contact me if you need any kind of help while playing and staying here. 🙂

How long have you played Munzee?
We have played for almost three and a half years now. 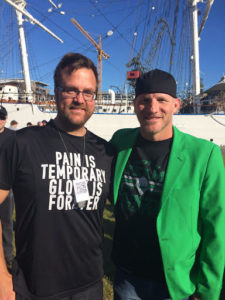 How did you find Munzee?
The very first time I heard about the game was from my work mate, but we didn’t create an account and try the game until after my wife had mentioned it to me a bit later. At first, I didn’t like the same as much as my wife and daughters did, but after a knee surgery, I needed to find a reason to walk a lot. Then it really hit me!

What do you most enjoy about Munzee?
The main reason I like the game is that it keeps me going. I have lost over 30 kgs just by walking and capturing munzees! I also like meeting new people and making new friends. By playing, I can be outside and enjoy the beautiful nature here in Finland and also get to know many places we have never been to before (even in our hometown!). In the game at the moment, I mostly like capturing free rooms and the Mythological Munzees, and collecting badges, of course.

What is on your wish list?
I have so many wishes! 😀 More badges, of course, and it would be nice to get ZeeOps credits and blast captures as clan rewards every once in a while. I have already met Rob (he was a nice fellow), but I would like to meet other Munzee staff, too, so please visit Turku soon… I would also like to have more clan war months where you actually have to move and collect the points by capturing greenies and other physical munzees. I also dream about virtuals that every Premium Member would get every once in a while. They would look like the national flag of the player’s home country, so, for instance, I could deploy Finnish flag munzees at places I have been and I could see which countries other players who have visited our town are from.

Tell us about yourself!
I am a 38-year-old young man who works as a warehouse worker at a distribution center in Kaarina. I’m a hockey enthusiast and support the local ice hockey club Turun palloseura (TPS)

Any last words?
Thanks to those who nominated me! You are all very welcome in Turku. Munzee on!

matanome has also included some socials, so cap away! 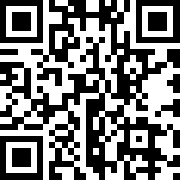 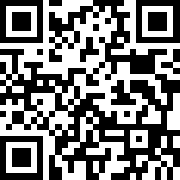