As Munzee has grown over the years, the game has evolved in so many more ways than any of the co-founders could have imagined. We’ve certainly had our fair share of growing pains, but in its essence Munzee has tried to stick to its core goal of getting people out into the world. No one knows this better than those players who have been with us since the beginning. This week’s Player of the Week is Mike Adel (LedaEkim).

Who are you?
My name is Mike Adel, LedaEkim in the Munzee world… creative, right? 😉

Where in the world do you live?
Fredericksburg, VA in the good ole US of A. (About 50 miles south of Washington, DC)

How long have you played Munzee?
I first signed up November 9, 2013 on a family trip to Michigan, capping some there and at rest stops on the highway on the drive back to Virginia. It was several months later that I started playing more “hard core”.

How did you find Munzee?
I heard about it through discussions with some cacher friends at the time. It struck me as something simple and fun that everyone in the family could do, and once I looked it up, it turned out to be just that!!

What do you most enjoy about Munzee?
I really enjoy the multiple ways to play. There really is something for everyone. From walks around shopping centers to huge virtual fields in major cities to trail walks in the woods. No matter your pleasure, you can find a way to play the game. It is also easy enough for everyone in the family to enjoy. My three girls (11, 8, and 7 years old) all play, with the oldest being the most into it. She will ask every month what she can deploy to help me with the clan goals for the month. 🙂 My wife will also play on occasion when we are out with the kids. It really is a family game.

The Clan Wars (and the friends I’ve made through them) are also something I highly enjoy. I have been with the Maryland Munzee Militia for quite some time now, and the core group of locals really is like a second family. Our get togethers are always a blast, be it out capping/deploying or at an event completing an Eventzee hunt, it is a guaranteed good time!!

Meeting folks at events from all over the country is also great fun. From New York to Kentucky to California and Missouri, and even overseas and beyond. The community is always great, and putting faces to Munzee names is always great.

What is on your wish list?
The return of the bomb icons on the map when blast capping to show which munzees are being processed by the blast so you can continue to hand cap without worrying about grabbing some that are in the process of being blasted!

The charity side of Munzee is huge, and along with that comes the charity (temporary) virtuals. I would like to see special blast captures during those charity times that would only capture the charity virtuals with, of course, money from those special blasts going to the stated charity. 🙂

MORE SPECIAL ICONS!!! Ok, so we have a ton, and there are always new ones coming out… but hey, there can never be too many!!

Tell us about yourself!
About myself… let’s see. I’m 36 years old, married with three awesome (read: annoying) daughters. I am a federal contractor, working with HF Radio systems. My job takes me pretty much anywhere in the country, so Munzee fits in nicely with my traveling. My wife (of 11 years) runs a coffee shop, so she keeps the caffeine flowing when I need to make a midnight run up to DC to cap. Aside from work, the kids keep up both busy with their school activities, so it’s never a boring day, that’s for sure!!

Other hobbies include:
With three young kids, there isn’t much spare time.. at least not spare time that I don’t spend playing Munzee.. But we recently moved, and when we did, I decided that we were going to start putting on a huge Christmas lights display each year. You know, those musical dancing light insanity type things you see on YouTube? So, I’ve started dabbling in programming light shows and have even started stringing lights on fixtures for Halloween and Christmas. Give me five years before you see us on The Great Holiday Light Fight on TV. 😉

Any last words?
Munzee really is for everyone. Play it the way you enjoy, and don’t worry about how others play. That’s how you get the most enjoyment out of it. Give a shout if you are passing along I-95 in Virginia!! Grow the map!!

LedaEkim also included some socials, so cap away! 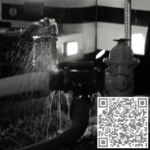 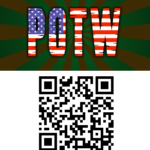