As Munzee has grown over the years, the game has evolved in so many more ways than any of the co-founders could have imagined. We’ve certainly had our fair share of growing pains, but in its essence Munzee has tried to stick to its core goal of getting people out into the world. No one knows this better than those players who have been with us since the beginning. This week’s Player of the Week is Peter Lovell (Knightwood).

Who are you?
I’m Peter Lovell, known as Knightwood. I wanted a name connected with the area where I live, The New Forest, England. My wife cam up with this name, as The Knightwood Oak is the oldest tree in the New Forest, and she says it’s like me — getting old, rather large, and not much on top. Say no more! — So the name stuck.

Where in the world do you live?
We live in New Milton, a town in Hampshire on the south coast of England very near the New Forest National Park where ponies and deer are often seen roaming around the forest. They have the freedom to go through the villages and cross over roads, so drivers have to take special care when out and about in the area.

Also pleased to say that our former #1 Player in the World, Iain Grant (Pilseyguy), also lives in the area.

How long have you played Munzee?
I started playing the game in June 2013, but before that I had been a letterbox hunter for around 25 years here in the New Forest and on Dartmoor in Devon. I also have around a dozen caches hidden around the area.

How did you find Munzee?
This was through my newphew, Adrian Pitkin (The Machman), who now lives with his family in Perth, Western Australia. When they were staying here with his parents in Poole, we did a big cache walk up new Sixpenny Handley in Dorset in an attempt to get 100 in a day. We spotted a munzee on the way round. Adrian knew what these were and told me about it, so I got a new phone, downloaded the app, and was hooked.

What do you most enjoy about Munzee?
Well, it has taken me to places that I have never visited before, and I have gotten to meet many knew friends who play the game. Since I started playing, I have found munzees on a holiday in Adelaide, Melbourne, and Perth, and I went on a very wet, long weekend with The Machman in Cologne where I was able to get my First Loser, Lucky 7, and Unlucky 13 badges, so now I still have the big one to get one day. I’ve also taken many trips to London, and one of my last visits got the 100k Day badge.

I have also gotten to meet President Rob along with Louise at the event sin London and Christchurch when he visited the United Kingdom. This photo of me with them plus Matt was taken in front of the road to the Prime Minister’s home at 10 Downing Street before our London “Big Ben” May Meet this year, the day before they did their Rave and Ride Charity Event.

I am a member of a clan — Solentcoasters. We all enjoy the game, but with no pressure. I often meet up with some of the clan members, Dicky and Jilly — TwoHoots and NewTwo — on their visits up to the New Forest from Sussex where they live.

I enjoy deploying munzees as well. Most of mine start with the name “Knightwood”. I also have many Topaz Munzees in the forest village of Brockenhurst which now had the world’s biggest Topaz cluster.

What is on your wish list?
Well I’ve passed my 1000 days and am a member of the Millionaire Club, so next target must be to double those numbers. I enjoy the way Rob and his team keep coming up with new ideas to keep the game fresh, so I’m always looking out for their new challenges.

I would like to re-visit Australia with family and friends in Perth and scan all those Mystery Blues at Burns Beach, north of the city. All of my virtuals out there are called “Knightwood’s – Wishing I was Downunder”.

See the Saints win the F.A. Cup at Wembley next May. It’s been 40 years since they beat Manchester United 1-0 to win the Cup.

Tell us about yourself!
I am married to Sheila, and have been retired for 4 years now. I was always told that I would wonder how I had time to go to work, well it’s true. During my working days, I was a chef in hotels around the New Forest area.

Sheila has her horse, Risky, and I help out with any heavy jobs around the stable year, but I prefer to keep my feet firmly on the ground, so a good walk finding munzees helps.

Other hobbies include:
So besides Munzee, I try to play a round of golf once a week with friends, go swimming on the weekends, and a bit of gardening. These all keep me busy.

Big footy fan, too. Got my season ticket at St. Mary’s — home of the SAINTS — SOUTHAMPTON football club. They are doing well, and last season they finished 6th in the Premier League and will have matches in Europe next season, too.

I do have my own “Pathtag”. If any other players also have their own and would like to swap, please contact me via Munzee messages.

Any last words?
A big thank you to my friends who put my name forward to be POTW, and of course to Rob and his great team over in the USA for giving so much pleasure to so many around the world. Finally, a thank you to all players that put out their munzees for me to find.

Knightwood also included some socials, so cap away! 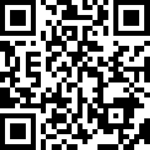 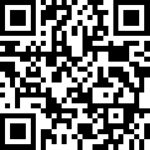 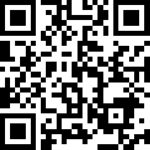 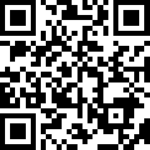