As Munzee has grown over the years, the game has evolved in so many more ways than any of the co-founders could have imagined. We’ve certainly had our fair share of growing pains, but in its essence Munzee has tried to stick to its core goal of getting people out into the world. No one knows this better than those players who have been with us since the beginning. This week’s Player of the Week is Peter Mudge (skindo).

Who are you?
I’m Peter Mudge, aka skindo (a nickname given to me by my children many years ago).

Where in the world do you live?
I live near Masterton (pop. 20,000) in the Wairarapa region of New Zealand.

How long have you played Munzee?
A little over to years.

How did you find Munzee?
I saw a series of munzees alongside a river trail. A quick search on Google, and I was hooked!

What is on your wish list?
Maybe a small Emerald garden in New Zealand.

A badge for the number of different types of deployments, similar to the Curator and Historian badges for collecting specials.

Tell us about yourself!
I’m happily married with 4 grown children. When I left school, I trained as a carpenter. I’ve since retrained and now work as a secondary school teacher. I’m lucky enough to teach at a school set on 109 acres of land beside a river which is a 10 minutes drive from my home. 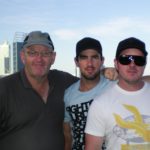 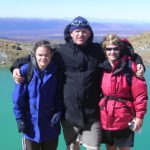 Other hobbies include:
I spend a lot of time hiking in the Tarauas (local hills) and also in other places around New Zealand. I also love driving, especially to somewhere I haven’t been before.

Any last words?
A special thanks to everyone involved in putting my name forward.

Get Outside With Munzee!
Outdoors Weekend Winners