As Munzee has grown over the years, the game has evolved in so many more ways than any of the co-founders could have imagined. We’ve certainly had our fair share of growing pains, but in its essence Munzee has tried to stick to its core goal of getting people out into the world. No one knows this better than those players who have been with us since the beginning. This week’s Player of the Week is Rob Steer (Rubik80).

Who are you?
Rob Steer aka Rubik80, Mr. Steer, The Other Munzee Rob, and Dad

Where in the world do you live?
Shepparton, Australia. Attempts to rename our city Little McKinney and Sheppartonzee have not been met with the enthusiasm I had hoped for at our city council meetings.

How long have you played Munzee?
There was a long wait between when I signed up and when I started playing properly, but about the last 18 months have been pretty productive.

How did you find Munzee?
RebelActs has been a buddy of mine for years and kept talking about this Munzee thing on Facebook. I had a little play with the app, but there wasn’t a lot in Shepparton at that time, so I didn’t give it a second look. It wasn’t until SpySmurf suggested that we give it a go that we started painting the town Munzee green.

What do you most enjoy about Munzee?
The street cred it gives me. The groupies. The groupies are fun. The all night benders. The regularity with which the 1980’s is celebrated by MHQ. Sleeping on lounge room floors around the state so I can get a full day’s capping in the next day. Getting to work with Louise when I run events! (Hi, Louise!) The exercise. Making new friends. Road trips.

What is on your wish list?
A Munzee holiday through Europe and Florida with unlimited blasts and an understanding wife. Actually, a wife that plays Munzee would be good too! Yearly visits to Australia by MHQ staff (Editor’s Note: We’d like that, too, Rob… We’d like that, too…) A fundraiser for Zaidee’s Rainbow Foundation. Shepparton Council declaring Munzee its official game of choice. An Emerald Garden for Shepparton. How many can I put on my list? Oh, and a drum kit or more Lego would be cool, too, albeit unrelated to Munzee.

Tell us about yourself!
Bit of a geek. Loving husband and dad of 2 boys with another baby on the way. Secondary school teacher of maths, science, and visual communication. Eternal optimist. Terribly impatient. I always need to be doing something.. unless it’s house work.

Other hobbies include:
I really enjoy games and puzzles of any type whether they be video, board, location based, etc. Many of my hobbies involve SpySmurf, too, such as Rogaining, mud-based obstacle courses, and reminiscing about the 80s.

Rubik80 also included some socials, so cap away! 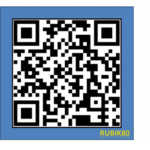 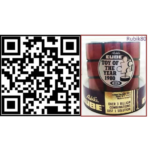 And the Next Urban Camo Skin Is…
Munzee’s 5th Birthday Bash Details!