As Munzee has grown over the years, the game has evolved in so many more ways than any of the co-founders could have imagined. We’ve certainly had our fair share of growing pains, but in its essence Munzee has tried to stick to its core goal of getting people out into the world. No one knows this better than those players who have been with us since the beginning. This week’s Player of the Week is Sally Hopkins (nuttynan).

Who are you?
Username – nuttynan, Real Name – Sally Hopkins

Where in the world do you live?
Malvem, UK which is in the middle of the country, and until recently, had very few munzees or active players. That has now changed. ;P

How long have you played Munzee?
Since November 2015.

How did you find Munzee?
Babydane (Sophie Simpson) is an old friend of mine who has played Munzee for many years. When she heard I was giving lectures in Tampa, Florida and various cities in Australia in November and December 2015, she recognised the amazing opportunity I would have to do some serious Munzeeing. So, she introduced me to the basic principles of the game, and off I went as a complete novice to these amazing Munzee locations. What an amazing start I had!

I was truly blessed to meet some very inspirational role models while I was capping those first few weeks. Hunnies and dt07751 very kindly introduced themselves to me while I was capping near the Brandon shopping mall, and we have kept in touch ever since. Hunnies then put me in touch with CrazyLadyLisa in Perth so that when I arrived she traveled 6 hours round trip to meet me and teach me about deploying. Then, she invited me to their Christmas event, and I learned about running an event and Eventzee as well. That was it…. I was totally hooked!

What do you most enjoy about Munzee?
Oh, no question — deploying. I just can’t stop myself! I have always been fascinated with maps and exploring new locations. I look at maps to see loops and patterns that I can use for effective deploying. For instance, the “Rings of Fire” I designed in Pershore, UK which enclose a limited number of easily accessible greenies for the Fire scatters. I just love offering Munzee players great capping experiences and holding events and growing the map. I also love chasing Mythologicals as there are few Munzees for me to capture without traveling 2-3 hours. I have a family of hand puppets and soft toys that I leave a photo on each Myth I cap. 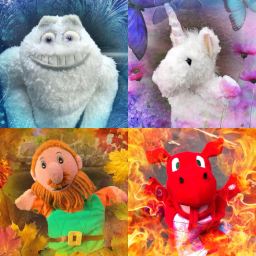 What is on your wish list?
I desperately want to capture and travel more often, buy family commitments mean at present that is difficult to do. Hopefully, this year I can fulfill this wish.

I would really like to see more badges for capping and deploying, particularly capping Greenies and Clan Weapons.

I would also love to have Virtual Fairies flitting around the world, landing on virtuals of the colour of each type of Fairy, Rather than being owned or moving on after being captured, it would be great if they remained to be capped by local players (one cap per player) for say 6-12 hours so that those working could have the time and opportunity to cap them as well. The host of the virtual which the Fairy landed on would get plenty of CapOn points as well.

Tell us about yourself!
I have worked in the dog industry for over 20 years, teaching and lecturing dog trainers and behaviourists around the world. I also invented a world renowned design of dog harness which my company makes and sells worldwide. I am now retired and Munzee almost every day instead.

Other hobbies include:
Walking, chasing Myths, and caring for my dog, husband, and grandkids (in that order lol). I have just been given for my birthday an amazing adult scooter with suspension for added comfort which I plan to use for capping scatters and at events.

Any last words?
I want to express my heartfelt thanks to everyone in the worldwide Munzee family for their kindness, generosity, and friendship that I have experiences on a daily basis. Whether it be capping one of my deploys or deploying for me to cap, this game brings us closer together wherever we are in the world. And, by the way… yes, I truly am “nutty nan” — my children and grandchildren lovingly call me that on a regular basis <3

nuttynan has included some socials, so cap away! 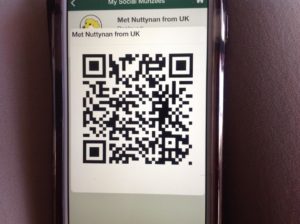 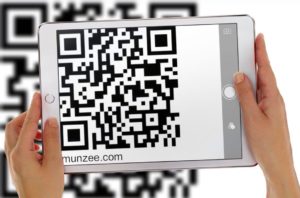