As Munzee has grown over the years, the game has evolved in so many more ways than any of the co-founders could have imagined. We’ve certainly had our fair share of growing pains, but in its essence Munzee has tried to stick to its core goal of getting people out into the world. No one knows this better than those players who have been with us since the beginning. This week’s Player of the Week is Steve Stuart Sr (OldSchoolSkater). 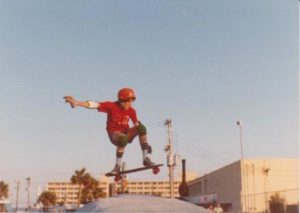 Who are you?
I’m OldSchoolSkater, a.k.a Steve Stuart Sr. My buddies call me Smooth or Smoothy, a nickname I got from the way I ride my dirt bike which apparently looks “smooth” to them.

Where in the world do you live?
In the small town of Laurel, Delaware USA, located on the Delmarva Peninsula.

How long have you played Munzee?
Since April 9th of 2013.

How did you find Munzee?
I was at a gathering of “ammo can hunters” when HiTechMD told us about this other game with stickers, and he even put a “blue one” outside of the the restaurant. Well, several people signed up and canned it while I just watched. I guess I was just too stuck on “ammo cans” at the time. Then, after a few weeks of wondering about this “blue sticker” less that 1/4 mile from my house, I decided to sign up and scan it, thus beginning my addiction to Munzee. 🙂

P.S. – Curiosity got me, so I just looked up that first capture, and here is the comment I left: “OldSchoolSkater – “my FIRST munzee… thanks HiTechMD for adding a new adventure for me… now if I get addicted to this it’s all your fault :)” – Found It”

What do you most enjoy about Munzee?
This community of players is very friendly & helpful overall, and I’ve gained some good friends along the way. I really enjoy chasing Mythologicals and other “expiring specials” and will capture them at all hours of the day and night when they land around town. I also really enjoy Munzee for the goals I can set and achieve as I play the game. I like earning badges and doing ZeeOps missions as well as completing the monthly clan requirements. 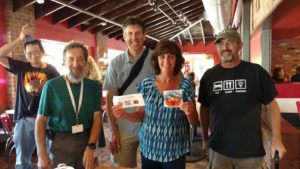 Tell us about yourself!
I’ve been in the window, door, skylight, and sunroom trade for over 30 years. I started as a Pella Service Tech for 15 years before becoming a conservatory (European style sunroom) Service Tech and Installer. I’m used to climbing around on glass roofs with suction cups (similar to Spiderman). Unfortunately, I fell about 11′ (3.3m) onto concrete one dat at work and shattered my heel. No, 4 surgeries later, I’m still trying to get “back on my feet”. 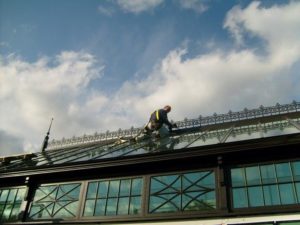 I have a knee scooter that I use to get around for capping and deploying. I think it’s actually quicker and easier than walking, even if both feet were in good shape!

Other hobbies include:
Kayaking. Skateboarder for 40+ years, hence my screen name. 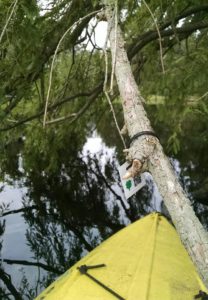 Any last words?
Many thanks to those players who were kind enough to nominate me for POTW, it is truly an honor. I’d also like to thank everyone from MHQ for all the hard work they do to keep Munzee fun and interesting to play.

OldSchoolSkater also included some socials, so cap away! 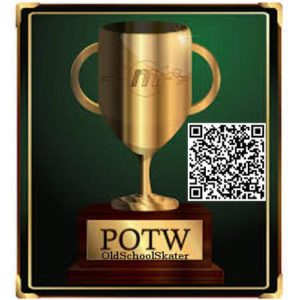 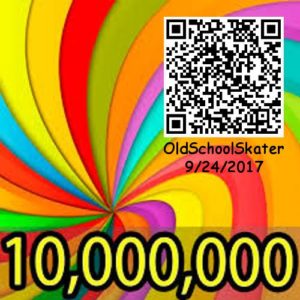