As Munzee has grown over the years, the game has evolved in so many more ways than any of the co-founders could have imagined. We’ve certainly had our fair share of growing pains, but in its essence Munzee has tried to stick to its core goal of getting people out into the world. No one knows this better than those players who have been with us since the beginning. This week’s Player of the Week is Thorsten Linn (TrialbyFire).

Who are you?
I am TrialbyFire, the man with the dragon socials. My real name is Thorsten. I am 38, and I am going to marry my fiancé, Raphaela (MunzeeAssistentin) on July 30th.I am quite excited about that. Deploys in Speyer as a present are very welcome 😉 .(Editor’s Note: We’re sorry for the delay in posting, but congratulations!)

Where in the world do you live?
I live in a small village in the Rhein-Neckar-Kreis in Germany near the worldknown cities Heidelberg, Mannheim, and Speyer. They are known for their castles, their huge US, French, and English army bases, and especially Speyer for it’s famous cathedral. All the cities existed in the medieval times, so they are quite nice to explore by foot while finding some munzees, of course 😉 .

How long have you played Munzee?
I started playing at the beginning of February 2012. I think it was the third. At the time, JOK was the number 1 player in the world with around 29k. I thought I could never reach that in a long time…

How did you find Munzee?
My former work colleague and friend MV1 introduced me to it. He played the game with the plastic cans which I never did, and he told me about it. I downloaded the app and was hooked. A couple of days later, I found my first special — the Valentine heart. I think I was one of the first players to start playing Munzee without experience in the other game. Then, MV1 and I began greening our suburb and touring around. Our first tour was 90km one way to get out first thousand points around Mainz. It took us about 6 hours, and we walked around 20km that day. Yeah, it was hard work then!

What do you most enjoy about Munzee?
I like the competing moments and check the leaderboard and statistics several times a day — whether I can gain or lose places or how often my munzees have been captured. But now, it is hard to climb the ladder due to more people buying their way to the top rather than capturing it. 30k captures and 3 million points is kind of unsatisfactory for players capping only greenies at the beginning and walking and driving to capture a lot every month now.

I also like collecting all kinds of special icons and badges, and I am willing to drive some distance to capture them. I like travelling, exploring parts of towns besides the tourist spots, and meeting local players. I always leave some munzees behind because I am nosy and want to know who captures them: only local players or people travelling through Germany as much as me. My next trip will be to Edinburgh/Scotland, so there will be some more munzees there in August.

But the best part is that I meet very nice people who are my friends now: my clanmates from the now 5 German Gluers clans (despite the name, we have American and English clan members, too) where I am a clan coordinator, my Berlin Munzee friends (disc220, JackSparrow, etc) where my fiancé is from, people from the Black Forest region (bvaral) where I did my second study, my co-organizers for the events here, Cosmo, and the players from the Schwoaba Munzee Clan (teamkiwi, remstaler, Meize, etc). and of course, c-bn, who is a regular visitor at our events, with whom I did my first 100k day walking through London and after that, meeting Rob and Louise and many morenice people at the event at Clapham Common. It was really a great day!

I am glad now that Munzee had developed into a self-contained game with mixing the other game. Thank you MHQ staff for that!

Tell us about yourself:
Actually, I am a secondary school teacher for English, Latin, and Catholic religious studies, but I did another study in Social Work after that, and now, I work for the youth welfare services, driving through my administrative district helping families, especially children of course, within the range of school, diseases (e.g. ADHS, autism, etc), disabilities, administrative problems, education, etc.

I live with my soon-to-be wife in a little house with a garden in a small village with our 4 guinea pigs and my beloved fish tank.

Other hobbies include:
I am a huge TV series junkie and a huge fan of Fantasy Fiction, which includes my favorite authors Robin Hobb and George R.R. Martin (read the books first, then watch Game of Thrones).

My biggest hobby is football (soccer). I am a huge football fan, not especially fanatic for one club (I support FC Bayern München), but I love discussing it with like-minded people. I was a football trainer for many years, and I like teaching kids both football tactics and social skills together. I built a girls section in my former football club, and now, the girls have played for six years. I like seeing their development from being strangers to a close group of friends and becoming one team. Unfortunately, with my new job, it is hard to train a team again due to it not being a 9 to 5 job.

I like Scotch Whiskey as well, and I have a small but delicious collection at home (about 20 bottles) which will be bigger after my holidays in Edinburgh 😉

Any last words?
I want to thank the person who nominated me for this. I was really surprised and never expected it because I do not do special things at all.

I’d like to thank MHQ for their good work: Clan Wars are always interesting, we get cool artwork for our events and special icons, we have excellent support during our events, and we are happy with your great ideas that keep the game interesting for everyone.

At last, my favorite quote from Marin Luther King, which everyone should think about:

“We are prone to judge success by the index of our salaries or the size of our automobiles rather than by the quality of our service and relationship to mankind.”

TrialbyFire also included some socials, so cap away! 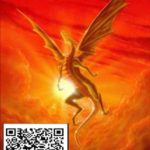 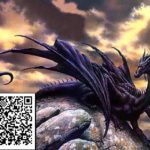